The Marriage of Figaro

One ticket includes streaming access to dress rehearsals for Cast A and Cast B. Streaming until August 31, 2021.

The Marriage of Figaro House Program

A digital production presented by the UBC School of Music

UBC Opera is pleased to present two new digital offerings—two casts showcased in the virtual dress rehearsals of Mozart’s The Marriage of Figaro, complete with sets, costumes, wigs, and all the beautiful music of Mozart’s masterpiece.

Based on Beaumarchais’ stage comedy, Le nozze di Figaro was the first of three collaborations between Da Ponte and Mozart. On May 1, 1786, it had its successful premiere in Vienna. In December of the same year it received its Prague debut. Critics reported “a masterpiece… no piece has ever caused such a sensation.”

This sensation led to the commissioning of another famous Mozart/Da Ponte opera, Don Giovanni. Le nozze di Figaro is regarded as a cornerstone of the standard operatic repertoire, appearing sixth on the list of the most-performed operas worldwide. The story revolves around engaged and soon-to-be-married Figaro and Susanna, servants of the Count and Countess Almaviva. The Count has grown bored with his marriage and looks to re-engage the act of primae noctis, in which he instead of the husband would consummate the marriage on the couple’s wedding night. Through the clever manipulations of Susanna, Figaro, and the Countess, that right is never restored, and the Count’s love for his Countess is finally rekindled. Adding to the confusion, the stress, and the fun are the antics of an amorous teenager, a scheming old maid aided by a doctor/lawyer, a drunken gardener, and a silly young girl. Much happens on a single “folle journée” – a crazy day.

One ticket includes streaming access to dress rehearsals for Cast A and Cast B. Streaming until August 31, 2021.

The Marriage of Figaro House Program 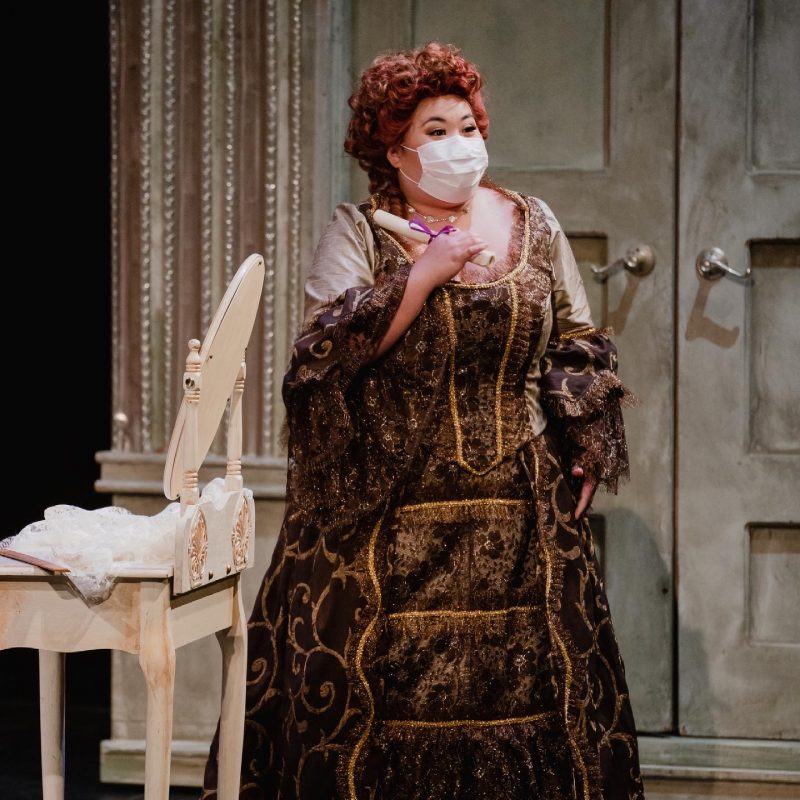 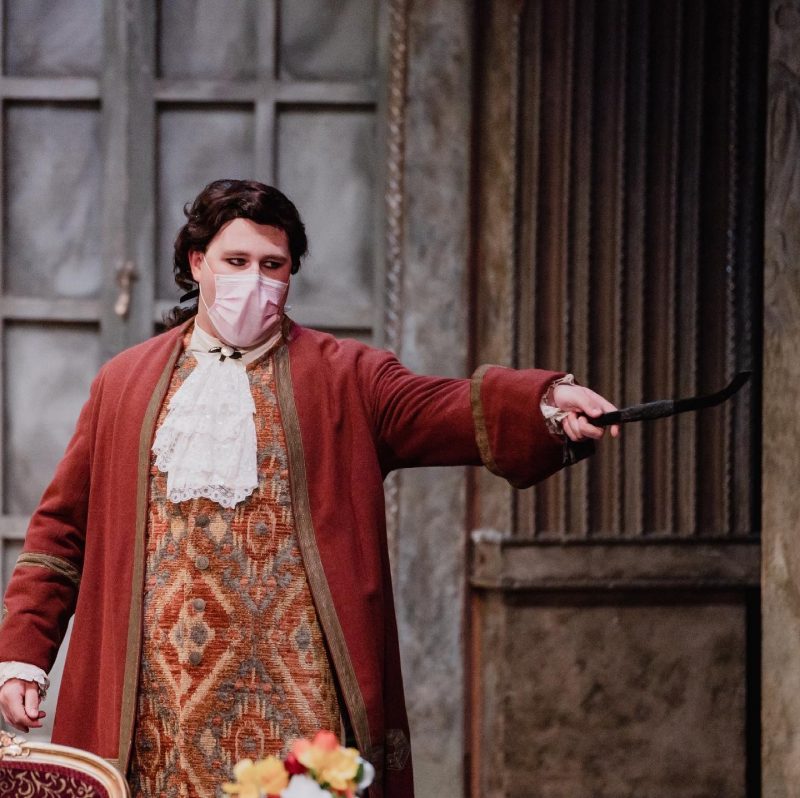 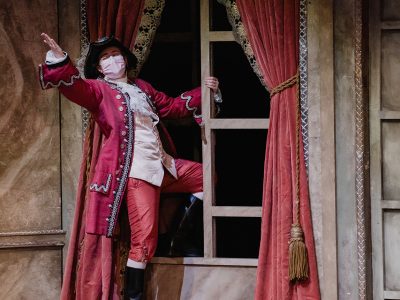 The Making of Figaro
Stay in Touch