The 45th Avenue Jazz Band and Jaelem Bhate are excited to team up with critically acclaimed vocalist Maya Rae to present ‘The Nameless’.

Brainchild of director and composer Jaelem Bhate, ‘The Nameless’ is a suite of 5 movements based on poetry by authors who are unknown (anonymous), or unvalued in an effort to bring attention to art often overlooked. The goal is to not tell their stories for them, but instead provide a platform for their stories to be heard, in their own words.

MAYA RAE
Prodigious young talents performing jazz music and the American Songbook have gone back to the beginnings of the genre – artists like Ella Fitzgerald and even Judy Garland were blowing away listeners of all ages with their talent, incredible tone and sense of swing from their teenage years and beyond. This phenomenon has led to an ongoing output of incredible female singers over the decades, that continues today with Vancouver-based, 16 year-old singer, musician and composer, Maya Rae.

Maya is inspired by musicians like Ella Fitzgerald, Billie Holiday, Nina Simone and The Beatles, and modern-day artists like Jamie Cullum, Megan Trainor, Ed Sheeran, and Adele. This is not uncommon with singers today – growing up in an iTunes or Spotify generation, young artists can find themselves listening to a compilation of hundreds of songs from dozens of genres, all in one session. It has led to a generation that is blind to genre or musical confines – the key is to find a balance in these influences, allowing the listener a musical experience and journey in concert that is entertaining and enlightening. In her short career as a performer, Maya has found that balance and is becoming a meaningful storyteller on the stage.

JAELEM BHATE
Jaelem Bhate is a conductor, composer, and percussionist, active both locally and internationally having written music for a wide array of ensembles and soloists. He has been commissioned by a number of schools throughout British Columbia for new jazz and wind ensemble music. As a jazz composer, he has worked with notable players including Eli Bennett, Brad Turner, Derry Bryne, Ellen Marple, and Steve Kaldestad, and has been commissioned by a number of professional ensembles including Brazz and Northwest Notables. He recently premiered his four movement suite ‘The Pacific Suite’ in May to critical acclaim, and will be heading into the studio in December 2018 to record his first jazz orchestra album. He founded and directs the 45th Ave Jazz Band, a 17-piece jazz orchestra that exclusively performs his compositions. His works have been featured on recital programs throughout Canada and the US, and his music was featured as part of the 2018 Jean Coulthard Readings, presented by the Vancouver Symphony Orchestra.

When not composing, Jaelem is pursuing a parallel career as an orchestral conductor. He was recently named the assistant conductor of the 2018 National Academy Orchestra of Canada, and has pursued his conducting studies at a number of professional masterclasses as a participant. These include the New York Conducting Institute in Manhattan to study with Paul Nadler of the MET Opera company, and the University of Oregon workshop with Maestro Niel Varon of the Eastman School. He also was an assistant conductor at the Pacific Regional International Summer Music Academy with Maestro Arthur Arnold of the Moscow Symphony Orchestra. 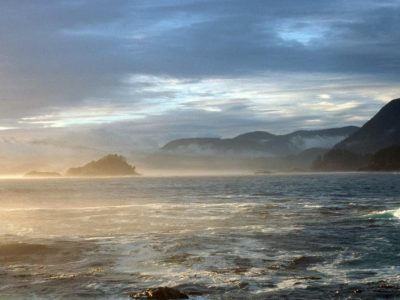