Presented by Early Music Vancouver, a co-production with Vancouver Opera

At the turn of the 18th century, Tsar Peter I “The Great” began to drag Russia, often kicking and screaming, toward the rest of Europe. His new capital, St. Petersburg, was to be a window to the West, and to that end, Peter imported Germans, Czechs, Italians, and others in his quest to modernize and ultimately “civilize” his native land. Peter and his successors, especially Anna Ivanovna, Elizabeth, and Catherine the Great, saw the opera house as an opportunity to show off their cultural wealth as a modern European nation. Join one of the world’s reigning sopranos in Baroque and classical repertoire, Karina Gauvin, for a programme of virtuosic opera arias from 18th century St. Petersburg.

“Over the last decade Karina Gauvin has proved herself one of the most delightful of Baroque sopranos. Her pellucid tone is now flecked with deeper, richer colourings, and precise, nimble coloratura” – Gramophone Magazine 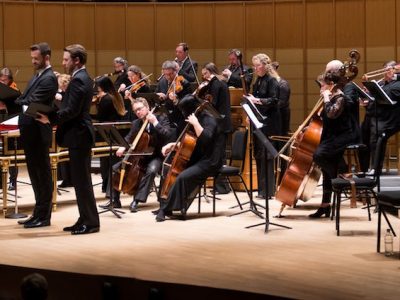