From the Ground Up

To say the least, it was a tall order: to launch and run the newest and most anticipated performing arts centre in North America.

Founding Managing Director Michael Noon, however, was up to the task. Over the course of his professional career, he had worked as an architect, been Executive Director of Cultural Affairs for the Ontario government, and, for 10 years, ran Toronto’s St. Lawrence Centre for the Arts. For him, getting a new centre off the ground presented an enticing challenge.

When he arrived in Vancouver in 1995, the Chan Centre had yet to be built, but there was already plenty to be done.  As an architect and professional theatre planner, Noon worked closely with Bing Thom during all phases of construction. He also hired dozens of ushers, box-office agents, marketing staff, and a technical crew — a weighty challenge given that he was starting from scratch. (Several of his earliest hires remain on staff to this day, including Joyce Hinton and Cameron McGill, now co-managing directors.)

From the most significant choices about programming and equipment to the tiniest details of signage and parking, everything needed to be decided. Noon and his staff pulled it off, winning accolades for artistic lineups that ranged from tenor Ben Heppner to local folk-rock favourites Spirit of the West, and from the Peking Acrobats to the Moscow Chamber Orchestra. The annual Spring Festival drew thousands of Vancouverites to the venue, many for the first time.

“I felt it was really necessary to bring in major artists in order to get the place well-known. We had to create an audience, because it isn’t the case that if you build it they will come,” says Noon. “They will come if there’s something to see and hear.”

Of course, there were the inevitable glitches, including the time when a bus driver transporting Italian chamber orchestra I Solisti Veneti got lost shortly before the show was to begin, and when acclaimed author Salman Rushdie was turned away at the U.S. border, forcing a last-minute cancellation.

Still, Noon, who attended every performance during his tenure, set the stage for what would become an internationally renowned centre — but he insists that his team made all the difference. 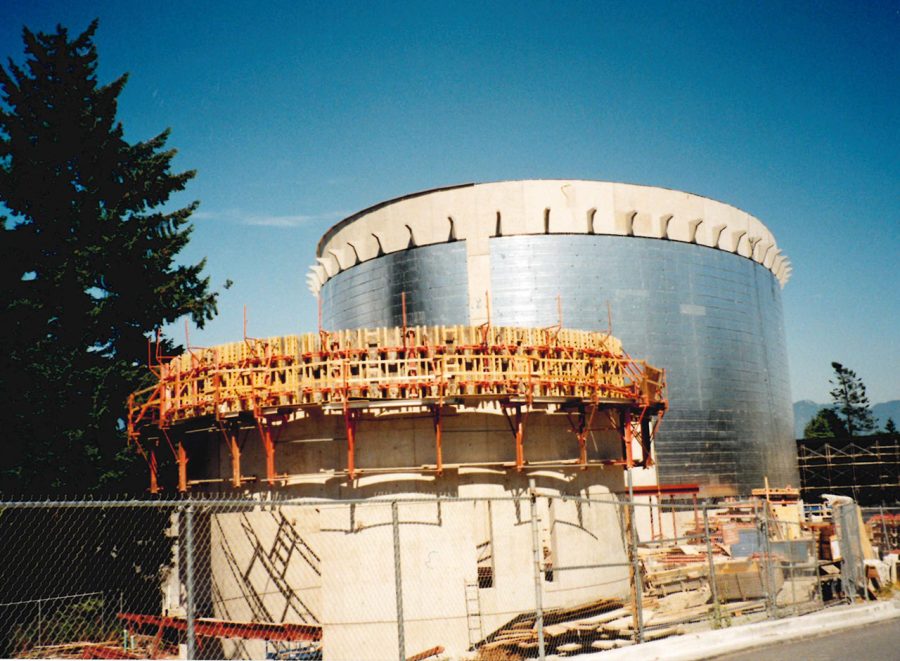 “You’re only as good as the people who work with you, and it was like family,” he says graciously. “That’s a big reason why it was so successful.”

When Noon retired in 2002, UBC Pharmaceutical Sciences professor and head of Community Affairs Sid Katz took over the helm, initially as an interim measure until a permanent director was found. Katz, a music lover who had long before been a folk singer in Montreal, ended up staying on for eight years.

“To me it was my life coming full circle. I absolutely revelled in it. I loved it,” says Katz, who retired from UBC in 2010. “If you ask me what I’ve most enjoyed being involved with over the years, it’s the Chan Centre.”

Katz judiciously built on the foundation that Noon had created, further strengthening the bonds with local music organizations and promoters, attracting new audiences, and growing the financial endowment, created by the Chan family, that allowed the centre to bring in big-name artists who normally wouldn’t play such an intimate venue.

Many globally known scholars appeared at the centre to share their perspectives, including Al Gore, David Suzuki, Michael Smith, and Stephen Lewis. Katz also welcomed musicians from around the world, among them Portuguese fado star Mariza and legendary Mexican artist Astrid Hadad.”

“What brings me joy is when diverse communities come out,” says Katz. “We would book Mariza and the entire Portuguese community would show up. When we brought in Astrid Hadad, the Mexican community would come to see her. I think it’s been a major victory for the Chan Centre and for the university, where people from all over the world come to study and enhance the culture of this country.”

But he emphasizes that unforgettable performances aren’t the only thing the Chan Centre provides.