Heart of the University

When Santa J. Ono became the 15th President and Vice Chancellor of the University of British Columbia in 2016, his official installation ceremony was held at the Chan Centre. But Ono did more than take the usual Oath of Office: he also provided some of the event’s music, playing cello in a trio on the Chan Shun Concert Hall stage.

“I know first-hand, not just as an audience member but as a musician, what it sounds like to project from that stage, and it’s really easy to fill it with a single instrument,” says Ono, who also performed as part of UBC’s 2017 spring graduation ceremonies. “The acoustics are so fantastic.”

The building was specifically designed to look discreet and unassuming, but it has become what Ono calls “the heart of the university” — a focal point for music, theatre, film, and ceremonies. It’s an essential asset for students and faculty; but importantly, it’s also one that attracts the wider community.

“Thousands of individuals from Vancouver and the Lower Mainland know UBC because they stepped foot in the Chan Centre,” says Ono. He especially appreciates the understated elegance of the building on the UBC landscape and its seamless integration with the nature that surrounds it. “It’s really a welcome mat for the university.”

Dean of Arts Gage Averill agrees. He says that, in addition to being a busy hub for The Faculty of Arts, the Chan Centre has exposed generations of arts students to performers, authors, and speakers, both local and international, who continually move and inspire. 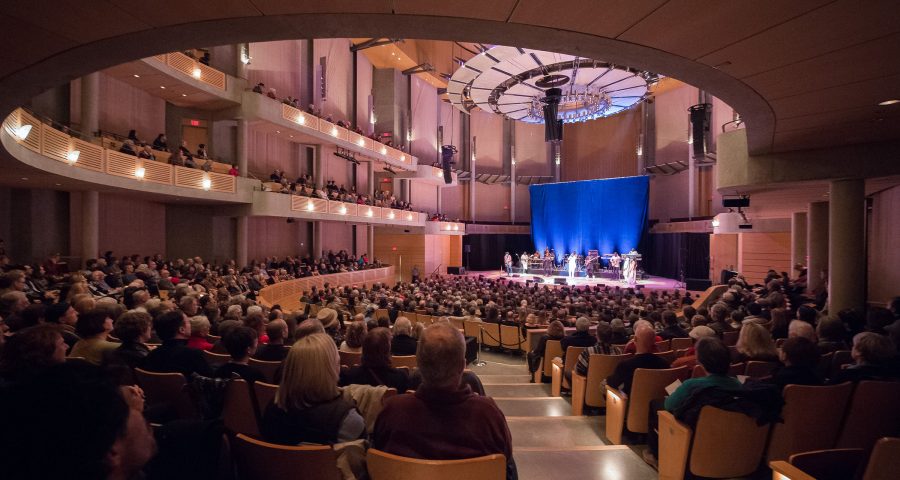 “We have this unique relationship where this hall is a part of an academic mission on campus, and yet it also brings in artists so that our students, faculty, staff, and our communities can experience the quality of the arts,” he says. “That’s something that’s dear to my heart, and it’s important to keep that balance as a part of the life of this institution.”

The centre has become so tightly woven into the cultural fabric of the university and the larger region, it’s easy to forget how rare such facilities are in academic settings. In fact, the majority of the world’s most esteemed institutions don’t have anything that can compare, so it has added to UBC’s prestige.

“It’s a pillar of what we do as an institution, and I’m so grateful that Tom and Caleb Chan and their family, Bing Thom, and former UBC president David Strangway had the vision, the persistence, and the dedication to build such an amazing facility,” says Ono. “It was an exceptional group of people who had bold ideas about the part a performing arts centre could play. And they made it happen.”