Q & A with Stefan Cihelka

We asked Vancouver-based students of Zakir Hussain to talk about their experiences with the tabla master. Here is Stefan Cihelka on discovering the tabla, how Zakir has influenced his music, and the importance of discipline.

Stefan Cihelka began his study of tabla as a young adult, travelling to Bombay to learn from the best. He continues to study, teach, and play tabla, regularly touring Canada and the USA.

What was it about tabla music that drew you in? What do you love about it?

SC: It was a recording by Ustad Allarakha Khan Sahib, Zakir Ji’s father that gave me my first taste of Tabla. I was immediately mesmerized by the instrument’s tonal beauty and Abbaji’s (Allarakha Khan Sahib) rhythmic expression and mastery. Through focused practice and study of repertoire, I discovered that Tabla was a complete musical expression for a percussionist; language, poetry, math, and musicality. Tabla has kept my interest for the past 20 odd years simply because I fell in love with it, and the act of practicing the instrument was different from how I approached any other percussion instrument in the past. It became a part of me and my daily mindset. I look forward to riyaaz (practice) as a serious practitioner of meditation would view his daily sadhana, as a chef would enjoy cooking a meal, or perhaps a combination of the two would be more accurate.

How did you come to know Zakir Hussain?

SC: After my first trip to study with Abbaji in India, I heard there was a concert of Zakir Ji’s in Seattle, so I drove down to see him. I introduced myself to him and told him I had just spent the fall learning from his father. He told me he would be teaching in the summer at the University of Washington, and that I should join the class. So that summer I drove down to Seattle every week for classes with him, and it was there that Zakir Ji became a teacher, friend and elder brother of sorts.  That was the beginning of it, really. From then on I would make yearly trips to India to study with his father, see concerts and when I was back in North America I would learn from him when he was available.

How has he inspired you or influenced your own music?

SC: Zakir bhai has inspired me in many ways with repertoire and tips etc., but most importantly, he has tried to impart unto his students the importance of working with your gifts as a musician, and not to be anyone else. We all have our own strengths, talents and approach in our tabla playing. Some players are highly regarded for certain combinations of strokes, sound production or speed, but no two players are the same. It is pointless as an artist to merely be a reproduction of those you have learned from. Certainly, spending time with or listening to your teacher for long periods of time will influence you. They might provide exercises or pieces of music to play to help develop you as a musician and explore new possibilities in technique or style, but ultimately it is up to you to become who you are in this world. There are many who try to imitate Zakir Ji in presentation, sound or appearance, but there is only one Zakir. There is only one you, there is only one me. If your intention is to exhibit a temporal museum piece, like Dixieland Jazz for example, then fine, great. That also has it’s place and it’s wonderful to be able to demonstrate that and show that to people. Some tabla players are masters in a certain regional style of playing or have a wealth of beautiful compositions at their disposal. For tabla enthusiasts, it’s a feast to hear that preserved style and those compositions being played and interpreted.  Zakir Ji teaches these things, as well as new possibilities, but at the end of the day he stresses that you should be yourself and find your own sound.

As for Zakir Ji, he listened to many masters of his time when he was young, including his father, Ustad Ahmedjan Thirkwa, Ustad Nizamuddin Khan, Ustad Amir Hussain Khan for example, and found inspiration from them. He also had the privilege of coming to the west at a very young age and meeting top level jazz and rock musicians. There is no doubt that this exposure opened his mind to new ways of listening and approaching music. This is why we are witnessing programs such as the Celtic Connections program that the Chan is presenting. Zakir has helped to make the Tabla an “international” instrument. It is extremely malleable and expressive, and in the right hands can find a complimentary position in many styles of music. When you say the word “Tabla”, for many music lovers, the name Zakir Hussain comes to mind. He has done more for the instrument in his career than someone may do in the next hundred years. His international exposure has made it easy for millions to enjoy the sounds of Tabla and discover a gateway into Indian classical music.

Having studied with tabla virtuosos in India, what is it like to bring the tradition back with you to Vancouver? What can the discipline of tabla practice and performance teach Canadians?

SC: I’m not sure what the discipline of Tabla practice can teach Canadians necessarily, but I think it is important to have a disciplined hobby in life or to have a disciplined path. When I was young, I studied martial arts at a dojo in Steveston. In that class we learnt mediation, respect and discipline. These are all invaluable in order to practice Indian classical music. Now that I spend the majority of my time here in Vancouver, it is a pleasure to teach something that I love to those who also fall under the spell of Tabla. That doesn’t mean I’ve stopped learning though, aside from still going to class, I have a mountain of material from Allarakha Khan Sahib, Zakir Ji and Yogesh Samsi to keep me busy for the rest of my life.

Can you share your favourite lesson or revelation that came from studying under Ustad Hussain?

SC: I would say the most important one is self discovery through your relationship with tabla, but there are many challenging compositions he has taught over the past 20 years that have the complexity and beauty of a fine Persian carpet. I treasure these as rare gems. 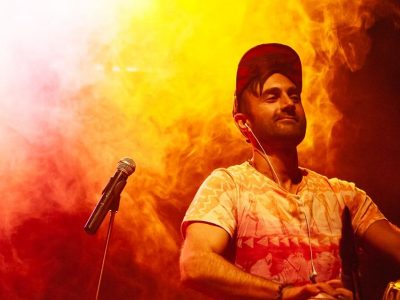 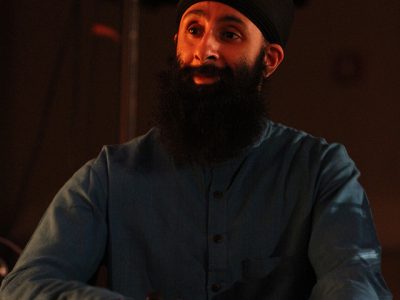