On what is noteworthy and special about this performance.

This event is a must-see because it brings some of jazz music’s most exciting female artists today to our stage for a very special double bill. This concert will be an inspirational night of incredible music.

Terri Lyne Carrington has made a tremendous mark on the jazz genre, having collaborated with such luminaries as Dizzy Gillespie and Herbie Hancock, and many more over the span of her formidable 20-year career as a multi-talented drummer, composer, producer, and entrepreneur. She will be performing songs off her GRAMMY Award-winning album, The Mosaic Project, an ode to female artistry in the form of a compilation featuring various well-respected women of the jazz world.

Preceding Ms. Carrington will be Cécile McLorin Salvant in her Vancouver debut. This young songstress is the 2010 winner of the prestigious Thelonious Monk Jazz Competition and has been compared by critics to such jazz greats as Sarah Vaughan, Billie Holiday, and Ella Fitzgerald. Her set will include songs from her first GRAMMY-nominated recording, WomanChild, a series of jazz classics, and the Chan Centre can’t wait to introduce her to Vancouver audiences.

On why it is important that this is a female dominated show.

Foremost, the show features great musicians. These artists are making their mark on jazz in an industry that is constantly making strides toward better equality. They demonstrate the amazing progress that women in music have made to date. While the show features vocal jazz and its music will celebrate and pay homage to female songstresses, what I think is equally significant about this show is the powerhouse of female instrumentalists in The Mosaic Project ensemble. Due to traditional perceptions in many cultures, it has been historically more difficult for females to become recognized as instrumentalists than as songstresses. As a whole, this show demonstrates how times are changing.

On why the Chan Centre programmed this show for the 2014-15 series.

The answer really depends on how you are defining this show. We have presented great jazz artists in the past: Jazz at Lincoln Center with Wynton Marsalis, Chucho Valdes, etc. In terms of female jazz artists, the renowned jazz violinist Regina Carter was featured a few seasons ago in collaboration with Pablo Ziegler.

We always program a strong female presence in our season – we have presented Mariza, Lila Downs, Angelique Kidjo, Mavis Staples, Ute Lemper, Soledad Barrio, Rokia Traoré, etc. Most recently, we welcomed author, scientist, and activist Severn Cullis-Suzuki and famed Inuit throat singer, Tanya Tagaq to our stage. Both women are incredible examples of strong, brilliantly talented female figures within their own respective disciplines. It is true, however, that due to historical cultural perceptions, women have tended to have greater success as singers than as instrumentalists in some genres. So while we have presented great female instrumentalists like Regina Carter in the past –  this upcoming concert is indeed special when you think of Terri Lyne Carrington (percussion), Tia Fuller (saxophone), Ingrid Jensen (trumpet), Helen Sung (piano) – all coming together with Lizz Wright (vocals) on stage.

And Cécile – she’s incredible!  While we have introduced new artists to Vancouver audiences before, her debut here is particularly exciting when one contemplates the trajectory her career is on.  As one of our UBC School of Music professors commented to me recently, “she’s a goddess.”

On why this particular performance is appealing to UBC students.

To me, this concert represents where jazz is now. It’s current. It features female artists in an era when female jazz artists are able to rise to the top – these artists are hot in the industry right now and in the process of becoming legends. Terri Lyne Carrington is coming off two major Grammy wins – one for Best Vocal Jazz Album for The Mosaic Project in 2011 and then one for Best Instrumental Jazz Album for Money Jungle: Provocative in Blue in 2013.  Her ensemble features a powerhouse of female artists who have their own solo careers – Tia Fuller, Lizz Wright, etc. – and who have come together for this unique project. There’s a great quote from the New York Times about Cécile McLorin Salvant, who is opening the show, that refers to her as the one continuing the lineage of the Big Three (Billie Holiday, Sarah Vaughan and Ella Fitzgerald). Listen to her rich voice, her particular phrasing… and you will know why. She has burst onto the scene, been signed by the same manager as Wynton Marsalis, and she is only 25 years old. Students will experience exciting artists who feel relevant to them today, but also who they can follow as they progress through life and as these artists’ reach the status of icons. Wouldn’t it have been cool to see Ella Fitzgerald as a young artist?

As well, the idea of celebrating these accomplished women is important and a testament to the breakthroughs that have been made within society via the power of music. I think this message really speaks to our wider student culture here at UBC.

Excerpts of this interview were included in an article by The Ubyssey. 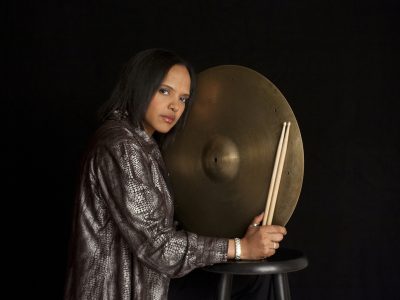 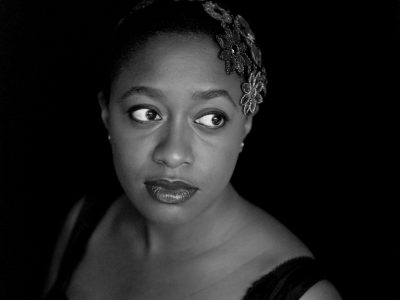 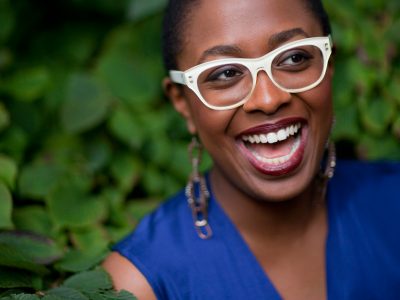