The Chan Centre for the Performing Arts at the University of British Columbia proudly presents David Suzuki x Brandi Morin with Naomi Klein, co-presented with the UBC Centre for Climate Justice and the David Suzuki Foundation on October 30, 2022 at 4PM.  The landmark event between these individual powerhouses is in celebration of the revered environmentalist David Suzuki’s launch of the 25th anniversary edition of his seminal book The Sacred Balance: Rediscovering Our Place in Nature.

The high-profile event will begin with David Suzuki and Brandi Morin reading from sections of their respective books, The Sacred Balance and Our Voice of Fire. Naomi Klein will then moderate a discussion between them. The event will include a closing address by Hereditary Chief Na’moks of the Tsayu Clan of the Wet’suwet’en, addressing the ongoing struggle of Wet’suwet’en hereditary leaders to defend their lands, waters, and sacred sites against the Coastal Gaslink Pipeline.

Audiences will have the opportunity to have their books signed by the authors following the event. 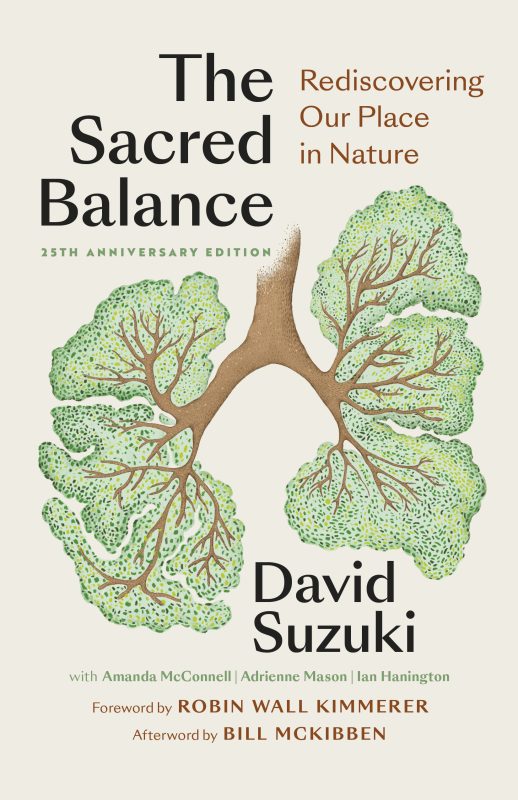 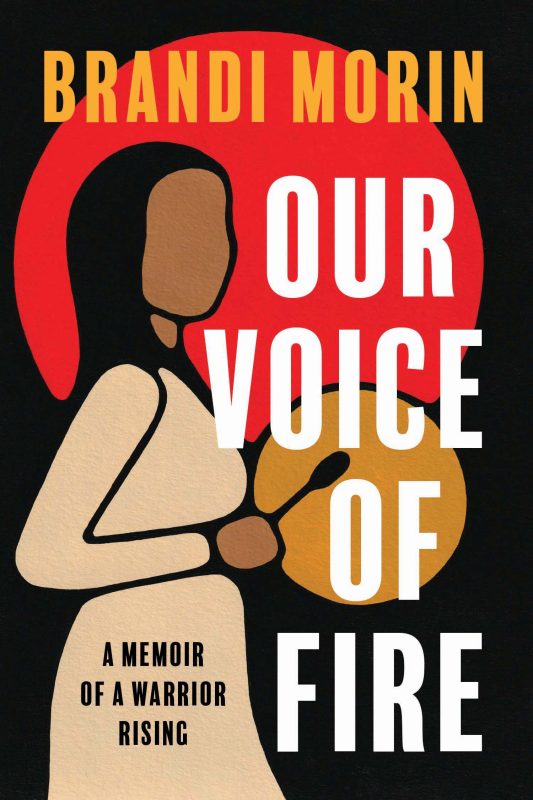 Biographies
David Suzuki is a scientist and Emeritus Professor of Genetics at UBC who has made it his life’s work to advocate for nature and humanity’s impact and relationship to it. Because of his tireless efforts and ever-urgent message, Suzuki is a Companion to the Order of Canada, recipient of UNESCO’s Kalinga Prize for science, the 2009 Right Livelihood Award, UNEP’s Global 500, and holds 31 honourary degrees. He has written 55 books, including The Sacred Balance, which is now extensively updated with a new foreword and afterword. The new content includes his reflections on the radical changes in science and nature since its first publication and Indigenous activism in the fight to protect land and water. The book combines science, philosophy, and Indigenous knowledge to offer concrete solutions to creating a sustainable future.

Brandi Morin is an award-winning French, Cree and Iroquois journalist, and is one of the most influential and prominent writers of Indigenous stories. She is the recipient of a Human Rights Reporting Award from the Canadian Association of Journalists, an Edward R. Murrow award, and two Native American Association of Journalists awards.  Her work has been featured in The New York Times, Vice, Al Jazeera, National Geographic and more. Morin’s memoir Our Voice of Fire chronicles her powerful story as a foster child and runaway to becoming a survivor of the Missing and Murdered Indigenous Women and Girls crisis to her ascendant rise as an internationally-acclaimed journalist. Unflinchingly honest, Our Voice of Fire: A Memoir of a Warrior Rising is Morin’s incredible story about overcoming adversity and finding her power and purpose through journalism.

Naomi Klein is Co-Director of the Centre for Climate Justice and Associate Professor of Climate Justice at UBC.  In 2018 she was named the inaugural Gloria Steinem Endowed Chair in Media, Culture and Feminist Studies at Rutgers University. Klein is an award-winning New York Times best-selling author of multiple books. Her research focuses on cataclysmic events and their ability to accelerate social change.

Dinï ze’ (Hereditary Chief) Na’moks, of the Tsayu Clan of the Wet’suwet’en Nation, is an unflinching defender of his hereditary lands in the ongoing struggle against the Coastal Gaslink Pipeline, currently under construction through Wet’suwet’en traditional territory. He is a leading voice for Indigenous sovereignty and human rights in Canada and internationally, including highlighting Canada’s ongoing violations of Indigenous human rights in his addresses to the United Nations Special Rapporteur on the Rights of Indigenous Peoples.

Purchase your tickets to this event here.