We exist because we tell our stories: Artist talk with Tanya Tagaq & Laakkuluk Williamson Bathory 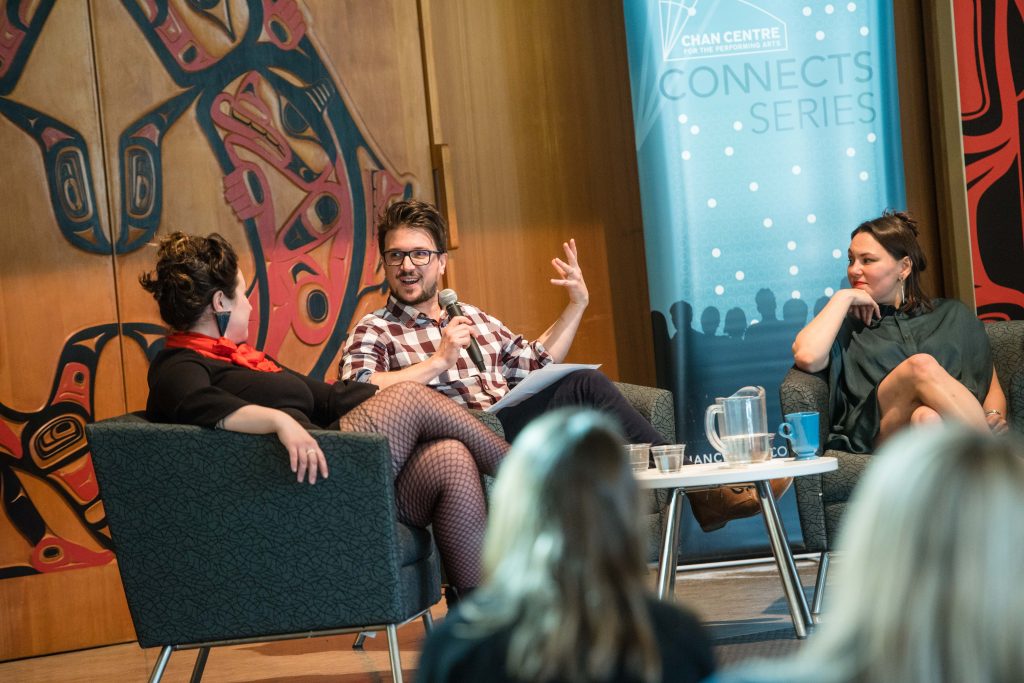 “You can’t take the land out of us because we belong to the land. It’s our spine.” – Tanya Tagaq

The compelling conversation moved from trust and friendship in performance, through issues of Indigenous representation, to the fragile state of reconciliation in Canada.

With much in common both personally and professionally, experimental vocalist Tanya Tagaq and Greenlandic mask dancer Laakkuluk Williamson Bathory were natural collaborators from the start. “I’ve always understood the path she takes… we reach the same place in very different genres” explained Williamson Bathory.

Both artists use traditional genres in bold new ways, much of it based in improvisation. “If you’re true to yourself, your improvisation will be true,” said Tagaq, “Improvisation is not putting on a cape… it’s a reveal.”

And through improvisation and performance, the two women have been telling their stories – something Williamson Bathory stresses as being essential. “We exist because we tell our stories. We exist because of our artistry. For Inuit art is so intrinsically important to who we are as human beings.”  She has been an outspoken arts advocate for many years, and is a founding member and recently-announced Artistic Director of Inuit Theatre at Nunavut’s Qaggiavuut! Arts Society, whose mission it is to advocate and create space for Inuit performing arts.

Both artists acknowledge that in the current climate their performance practice, and in fact their very existence as Indigenous women, is political.

In the wake of recent acquittals for the murders of Colten Boushie and Tina Fontaine, the two discussed the hypocrisy of government reconciliation efforts amid the continuous failure of the Canadian justice system to protect Indigenous citizens. “There is no such thing as a peaceful ending when this sort of thing happens over and over again” said Williamson Bathory.

Tagaq went on to address the weight and struggle of the reconciliation movement that has fallen largely on the shoulders of those in the Indigenous community: “What we’re carrying, it’s unbelievable. It’s staggering” she said, urging both those present at the talk and the wider community to step up and share the burden: “Enough of it being on our shoulders. Each and every one of you; help us carry this.”

This talk was presented by the Chan Centre in partnership with the UBC First Nations House of Learning. Tanya Tagaq and Laakkuluk Williamson Bathory perform three sold out shows as part of the Chan Centre’s Beyond Words Series, March 16, 17 + 18, 2018. 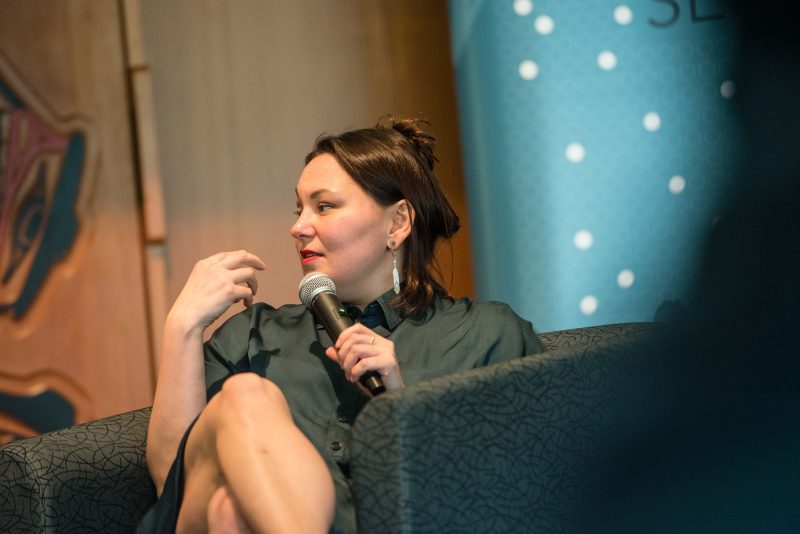 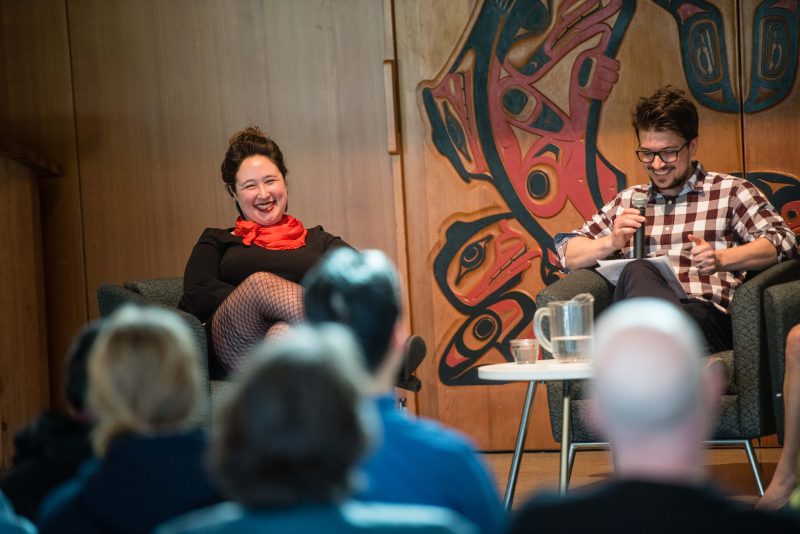