Looking Back: Memories of the Chan Centre’s opening

UBC School of Music faculty look back on the opening of the Chan Centre for the Performing Arts.

“One of the more enjoyable aspects of my position as Director of the School of Music (1991 – 1996) was my involvement in the planning and construction of the spectacular Chan Centre, especially as it afforded me the opportunity to work with the late Bing Thom, architect of the project.

Bing was one of the most elegant men I have met. On several occasions he would ask pertinent questions about music performance as it might be affected by the hall’s acoustics, and actually listen to my opinions. The most significant of my contributions to this dialogue was the suggestion that Artec Consultants be employed as the acousticians.

The Steinway piano was unanimously chosen in New York City by a committee consisting of Jon Kimura Parker, New York duo-pianist Richard Contiguglia, and myself.”

-Robert Silverman, pianist and former director of the UBC School of Music

“Performing in the opening concert of the Chan Centre was thrilling. It was so exciting to walk onto the brand new stage and to look up at those strings in the ceiling and the acoustic cloud hanging there above everything. During the rehearsal the hall technicians were busy adjusting and maneuvering the acoustic variables, and finally had things set.

From the musicians’ perspective (particularly the piano soloists, myself and Robert Silverman), the sound was clear and immediate, and we were very happy. It was a fabulous evening, and we were all so honoured and proud to introduce a major new hall to Vancouver!”

-Jane Coop, pianist and professor emerita at the UBC School of Music

“I have some good memories of the Chan, the meetings with the late Bing Thom. I found out that he played the clarinet, but always wanted to be a conductor. I knew that we should play “O Canada” at the opening, and I invited him to conduct it — it would be the first official music performed at the Chan Centre.

He agreed, and I went to his office to give him conducting lessons for the event…It was a big thrill for all of us to see him stride out and conduct the choirs, the orchestra and the audience.”

-Jesse Read, conductor, bassoonist and former director of the UBC School of Music

“I had the pleasure of conducting many choral concerts in the wonderful acoustics of the Chan Centre, ending my career with a sold out performance of Bach’s glorious B minor Mass.  I appreciate that I was able to give acoustical input to the committee which resulted in the great acoustics we have today.

A few years (after its opening), I was in the Chan as audience enjoying an outstanding performance of Monteverdi Vespers, with some of my former students as soloists. We owe much gratitude to those who made the Chan a reality. Generations of students will savour that blessing.”

-James Fankhauser, vocalist and choral conductor and professor emeritus at the UBC School of Music 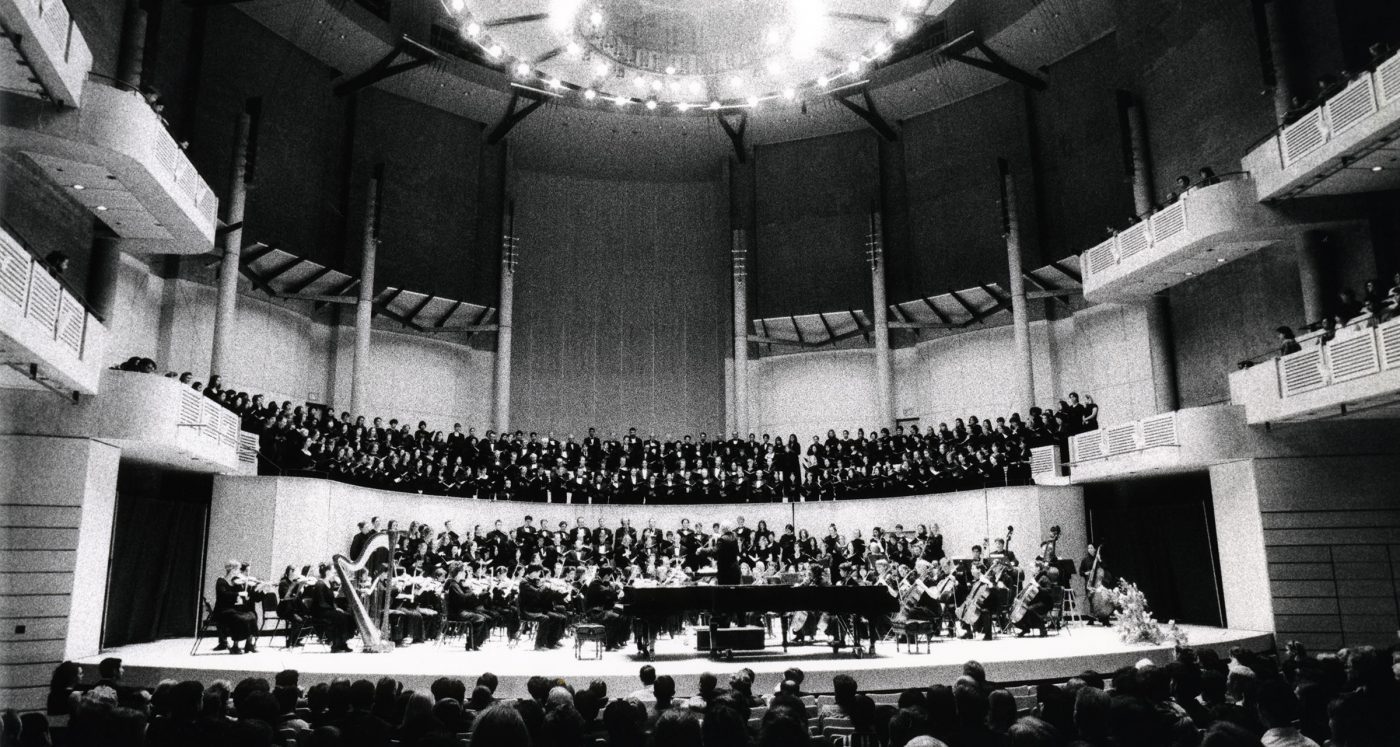 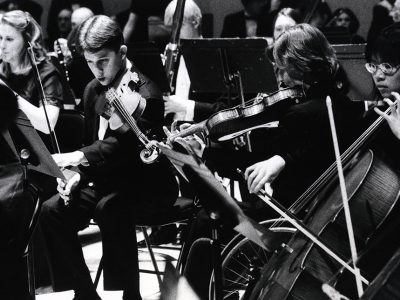