The UBC School of Music is pleased to welcome Dr. David Fung, who is joining the faculty as Assistant Professor of Piano beginning January 1, 2022. We caught up with Dr. Fung to discuss his background, what excites him most about joining UBC, and that time he had to step in with the Israel Symphony unrehearsed on a moment’s notice. 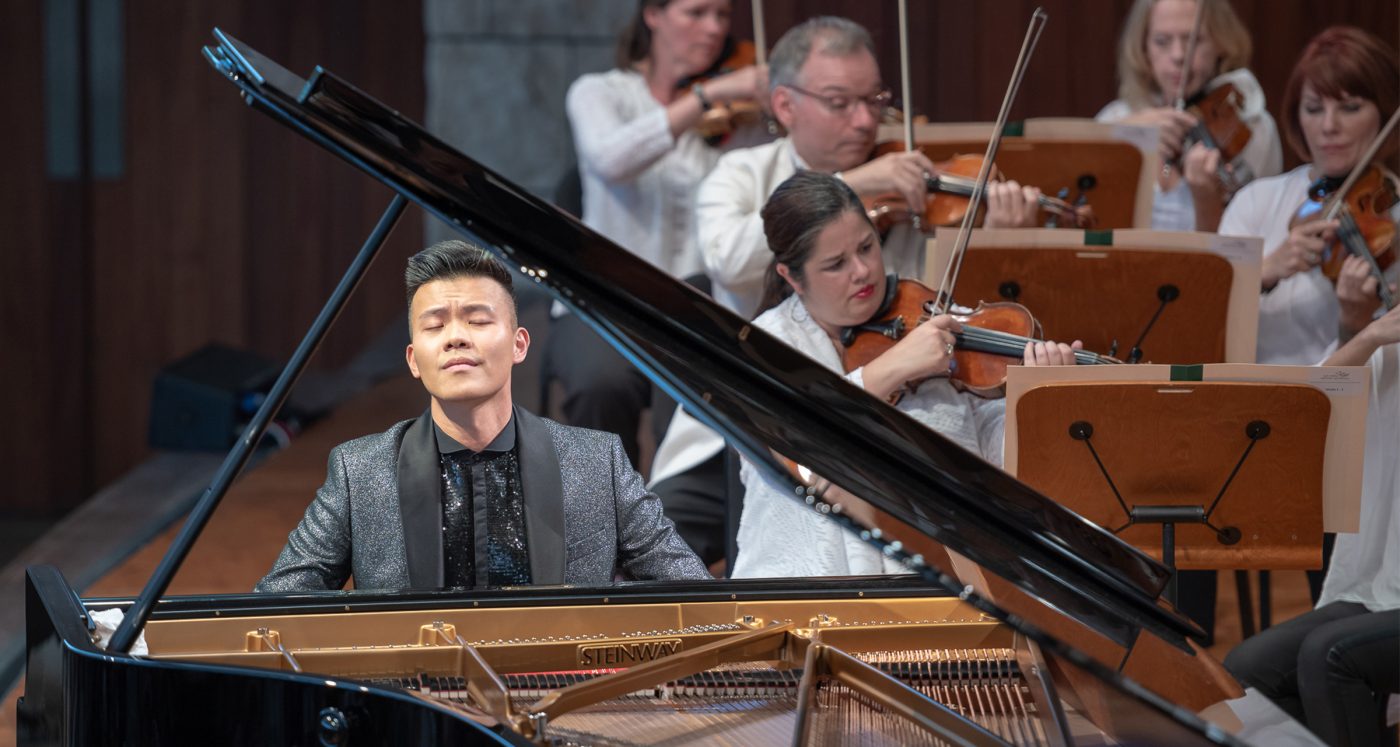 Chan Centre: Hi David!  What are you most excited about as a new faculty member at UBC?

Dr. David Fung: My “visits” to campus so far have been virtual due to the pandemic. I’m most excited to meet the faculty and students face-to-face as well as explore the campus in person. In particular, I’d like to visit the Museum of Anthropology, see the Musqueam Post in all its glory, and experience the architecture on campus, new and old.

CC: What are you most passionate about as a pianist and educator?

DF: It’s extremely rewarding to see my students grow and help them realize their goals. I’m passionate about inspiring students to search for the beauty in the details and to convey that to the listener on their instrument.

DF: This might be the most frequently asked question in interviews and by audience members, and it’s probably the most difficult to answer because there’s so much good music! I’m most drawn to music which elucidates aspects of humanity that aren’t easily expressed in words. A few composers I keep returning to are Mozart, Schubert, and Rachmaninov, and I’ve enjoyed exploring works of Grazyna Bacewicz and Florence Price this past year.

"I'm passionate about inspiring students to search for the beauty in the details and to convey that to the listener on their instrument." 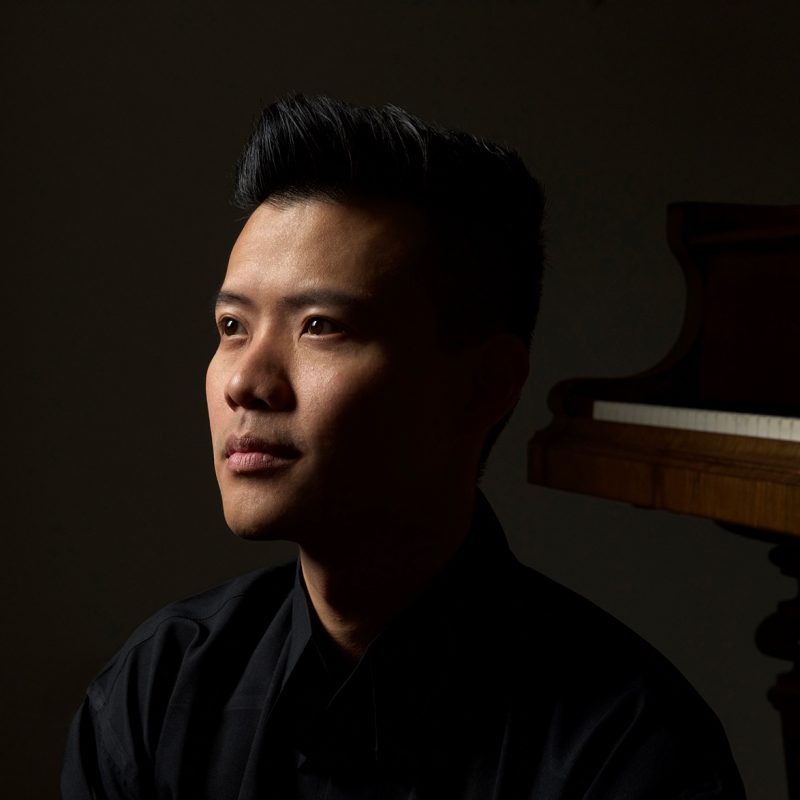 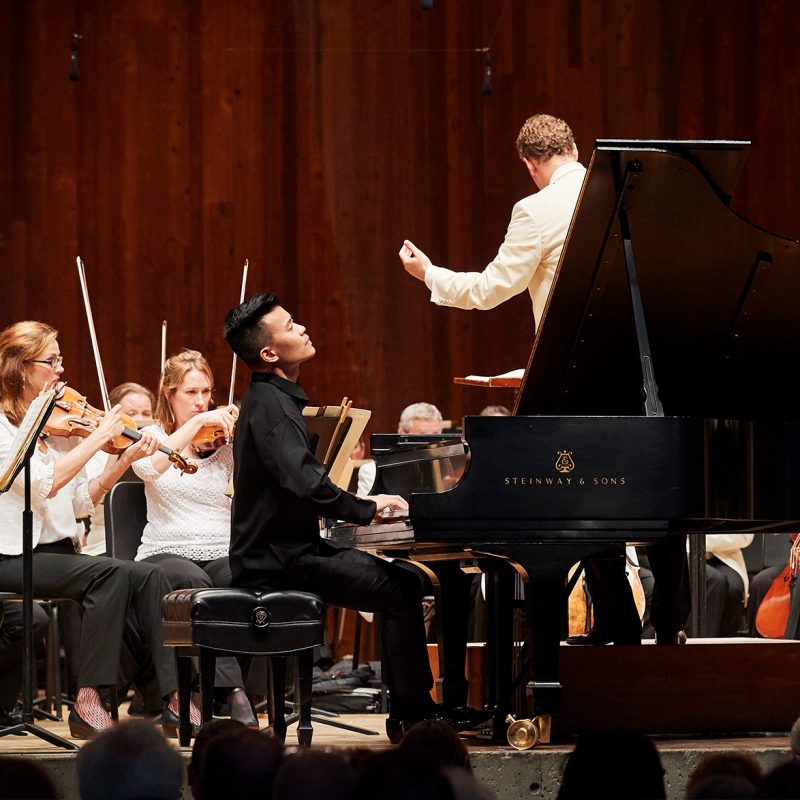 CC: What are some of the most memorable concerts you’ve ever performed?

DF: In 2014, I was invited to perform at the opening gala of the Arthur Rubinstein International Piano Masters Competition in Tel Aviv alongside former winners, Roman Rabinovich and Daniil Trifonov. The night before I was due to perform the gala, I was asked to replace an indisposed Robert Levin with the Israel Symphony in Poulenc’s Concerto for Two Pianos on one hour’s notice and no rehearsals. I’d never performed the piece and agreed to sight-read the work. You know the nightmare where you walk on stage having prepared Concerto X, but the orchestra begins playing Concerto Y? This was that nightmare! 😱

CC: Can you tell us about your musical journey and how you became a concert pianist and professor?

DF: I’ll answer this question by sharing a few fun facts about myself:

CC: What do you like to spend your time doing outside of piano performance?

DF: I enjoy spending time with my goldendoodle, Cooper. He is a walking ball of fluff and brings me joy every day! I’m passionate about art, objects, and design, and in my spare time, I like frequenting museums and collecting. I mentioned in a previous interview that I’m looking forward to eating my way through Vancouver and exploring its mountains and natural beauty, and these still remain at the top of my list of things to do!

CC: Any new projects in the works that you’re looking forward to?

DF: I have commissions by Samuel Carl Adams, Krists Auznieks, and JP Jofre in the works, and I’m looking forward to performing and recording these pieces in upcoming seasons. I’m particularly excited to be curating the new Steinway Spirio Piano Series at the Chan Centre which launches in spring 2022, especially having previously recorded on Steinway Spirio technology.

CC: What advice do you have for students pursuing a music career?

DF: Be curious: Learn as much as you can about the music you are playing, and immerse yourself in its details. Be curious about the world around you, especially in the field of humanities. When I was in school, I attended every concert I physically could, and those sound waves are still in my DNA. This includes concerts by my classmates from which I learned volumes.

Be kind to yourself: A career in music is a marathon! It takes a lot of no’s to get to a yes. Find joy and fulfillment in the process of creating, rather than in the performance itself. This is what keeps me coming back to the piano, since I always wish my performances could have gone better! Being kind to yourself also means being kind and gracious to others.

Be flexible: It’s important for young musicians to give themselves the permission to be flexible in their goals and to reevaluate them often. The beautiful thing about music is that it is incredibly diverse, and there are infinite ways of creating and communicating art. There isn’t one path to success, and we are in charge of defining what success is for us.