Q & A with Composer Tim Brady

The Chan Centre is pleased to present two brand new compositions for erhu and string quintet by acclaimed Canadian composer and guitar virtuoso Tim Brady. These new works will be performed by Lan Tung alongside members of Vancouver’s Turning Point Ensemble, and will be made available digitally as part of the Chan Centre Dot Com Series premiering Feb 26, 2021.

We caught up with Tim to find out more about his creative process and what we can expect from these brand new works. 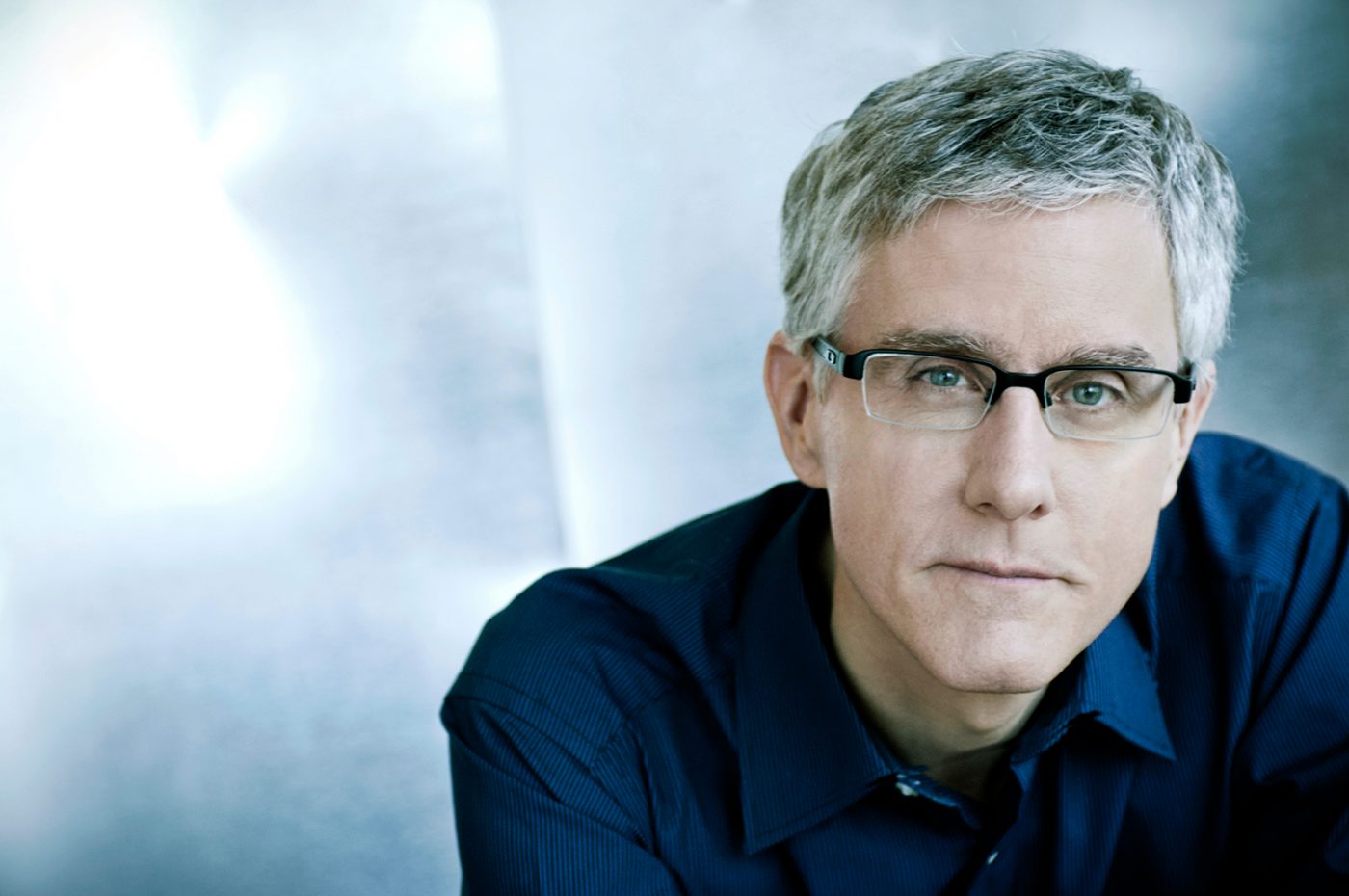 Chan Centre: Hello Tim! How did you first come to be familiar with Lan Tung and her music, and how did your collaboration with her for these two new pieces come about?

Tim Brady: I first met Lan Tung in 2010 at a festival in Halifax, saw her play, she sounded great. She was in Montreal shortly thereafter, we had lunch and agreed that we should try to do some stuff together, leaving it open as to what, when, how! I guess this is just one of those “what, when, how” moments. Things kind of fell together quite quickly for this very cool project, with Lan’s leadership and the Chan Centre support.

CC: Your work Peripheral Visions is fully composed for the string quintet yet has the erhu part entirely improvised. What was it like as a composer to relinquish that control and why did you choose to do this?

TB: I’ve been an improviser myself for longer than I’ve been a composer, so it is, in effect, my “first” musical language. The process and time-frame of composition and improvisation are different, but the goal is fundamentally the same—using notes, rhythms and silence to express the flow of time that surrounds us, and the flood of emotions that that provokes. So, on a philosophical level, they are the same.

It also helps when you know that you are working with such a high-level improviser, such as Lan. You know they hear everything that the ensemble is doing, and that they have tons of interesting ideas in mind to create that sense of dialogue that really makes these “hybrid” pieces come alive.

I’ve written several large works using this “hybrid” idea, and with the right players, the experience is always very striking. It’s a pretty fertile artistic territory that not many people are exploring. Who knows why?

CC: Can you tell us about the experience of hearing Lan’s Peripheral Visions improvisations for the first time—were you at all surprised by it? Were there any parts that were unexpected for you?

TB: The most unexpected moment when she started singing—I did not realize she has such a great voice and was as strong a vocal improviser as on the erhu. Like two soloists for the price of one! It really is very cool—how this voice just starts to emerge from this string texture, for a second you have no idea what is happening, but it sounds awesome.

"I’ve been an improviser myself for longer than I’ve been a composer, so it is, in effect, my 'first' musical language. The process and time-frame of composition and improvisation are different, but the goal is fundamentally the same—using notes, rhythms and silence to express the flow of time that surrounds us, and the flood of emotions that that provokes. So, on a philosophical level, they are the same."

CC: You have quite an extensive list of works with varied instrumentation ranging from full orchestra and groups of 100 guitars to smaller chamber ensembles. How does your music typically take shape, and how does your compositional process vary (or stay the same) as you approach different groups of instruments?

TB: There are many ways a piece shows up—a commission, a specific instrumentation, a little fragment that seems to be crying out to be developed. But generally I have the germ of the idea for the whole piece quite quickly. Within a few seconds I kind of “know” what the piece will be about, what the basic sounds will be. Then I spend some time listening to the music in my head, to make sure I know what I really want to say. Once I get to putting it into the computer, it usually goes fairly quickly, as I have a clear idea of where these are going.

CC: What is it about composing that excites you? Where do you find inspiration?

TB: I can give you all sort of fancy-shmancy reasons, but basically, for whatever reason, making music is about the most fun I have every day. Has been for easily five decades. I have no idea where the ideas come from, I just hear them.

CC: What creative projects are on the horizon for you?

TB: In April I’m putting out a triple CD (Actions Speak Louder) on Vancouver’s Redshift Records. A couple of streaming concerts from Montreal in April as well, but I’m working on several chamber operas and two large-scale collaborations with choreographers, which will take time. With COVID, nothing big will be on stage till 2022, I’m pretty sure. But I keep busy.

Lan Tung: Have Bow Will Travel—featuring two brand new works by Tim Brady—premieres Friday February 26 at 7pm PT. The performance will be followed by a Q&A with both Lan Tung and Tim Brady via Zoom. 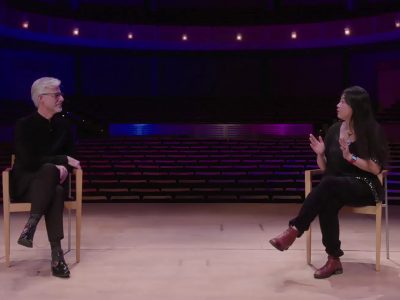 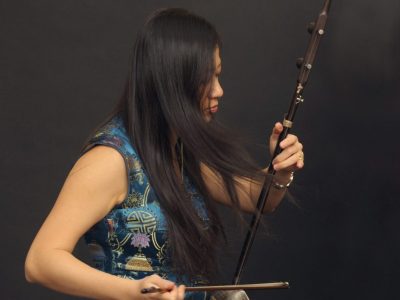