Owen Underhill is the Conductor and Artistic Director of Vancouver’s award-winning Turning Point Ensemble, a large chamber ensemble made up of some of the city’s finest musicians. They are teaming up with choral group musica intima and small chamber ensemble The Nu:BC Collective to present a series of concerts at the Telus Studio Theatre at the Chan Centre that incorporate elements of medieval courtly entertainment with the theme “Masque”.

We asked Owen a few questions about music and inspiration.

What was the inspiration behind the formation of the Turning Point Ensemble?

OU: The Turning Point Ensemble was formed by its musician members to play outstanding music of the past 100 years for large ensemble, with an emphasis on connecting music of the past to the present day. Many of the works that we have performed rarely receive live performances as they are neither orchestral or small chamber. In addition to these historical works, we have worked to build our own repertoire including commissions and arrangements of music of the past.

If you could describe Turning Point in one word, what would it be?

Tell us about your upcoming Masque show and why you are excited about it.

OU: Music is probably the most timeless of all art forms. Our two performances will be an integrated and seamless experience, a journey across time entirely comprised of music that reaches hundreds of years into the past.  Benjamin Britten’s extraordinary ‘Lachrymae’ for viola and piano is based on lute music from the early seventeenth century by John Dowland.  We have commissioned jazz guitarist and composer Tony Wilson to create a new work for Turning Point Ensemble which in turn references Benjamin Britten’s ‘Lachrymae.’  All the works on the program link forward and back in time including music by Peter Maxwell Davies that arranges and recomposes music of the renaissance, music by Harrison Birtwistle that honours medieval composers Machaut and Ockeghem, and Bradshaw Pack’s work written for the Turning Point Ensemble based on Stravinsky and Galileo. I am especially excited about the immersive experience we are planning which will include music emanating from different parts of the Chan Telus Studio and connection of the works without pause into a continuous experience for the audience. 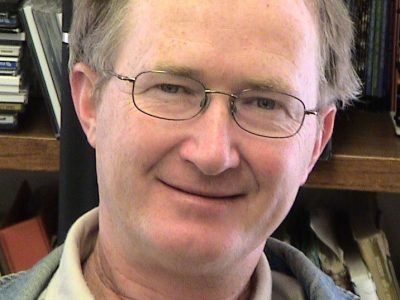 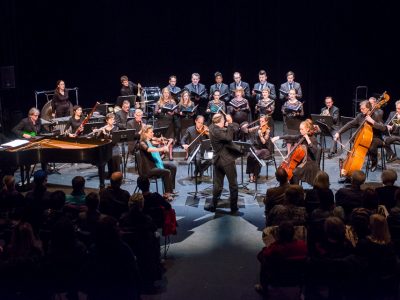