Review: Crosscurrents brings the house down with fusion of musical languages

From the moment you stepped into the hall, you knew you were guaranteed to leave smiling.

That was indeed the effect Zakir Hussain, Dave Holland and the rest of the Crosscurrents band had on the crowd. The artists on stage said very little, but their music said it all. From the beginning to the end, they were bursting with infectious energy that had even the most reluctant of audience members bobbing along to the music.

Although Hussain and Holland were considered the front runners of the show, they did not overshadow the rest of the group: Louiz Banks at the piano, his son Gino Banks on drums, Chris Potter on the saxophones, Sanjay Divecha on guitar, and vocalist Shankar Mahadevan were all talented in their own right and equally crucial on bringing the entire group together as one.

The concert opened with “Shadows”, an exciting original by pianist Louiz Banks, which paved the way for the evening’s fresh musical terrain. As mentioned by UBC School of Music’s jazz professor Fred Stride in the evening’s pre-show talk, jazz and the music of India both have their own individual vocabulary and syntax but despite the difference in musical language, both genres blend together very well. Harmony has not traditionally been a part of Indian music, which focuses instead on playing with an open and relaxed mind without having to listen for harmonic elements. Crosscurrents breaks those norms as the second piece introduced vocalist Shankar Mahadevan and was centered on the concept of harmony. The pureness of his voice floated over the harmonization of the tabla and piano, and Mahadevan’s vocal conversation with Chris Potter’s saxophone was both playful and mesmerizing.

The atmosphere was electrifying, with the musicians perfectly in sync with one another in both mind and heart. The first set ended with a trio composed of Zakir Hussain, Chris Potter and Dave Holland, teasing and mimicking each other with complex rhythms and melodies that had the audience hooting and whistling. In later pieces, Mahadevan, Divecha, and Louiz Banks would clap out rhythms that Hussain would then feed off of and play on the tabla. Seated on a raised platform, Hussain proves time and time again why he is the world’s greatest tabla virtuoso. His hands flew across the instrument like hummingbird wings, coaxing out a wide variety of pitches and sounds from the instrument. 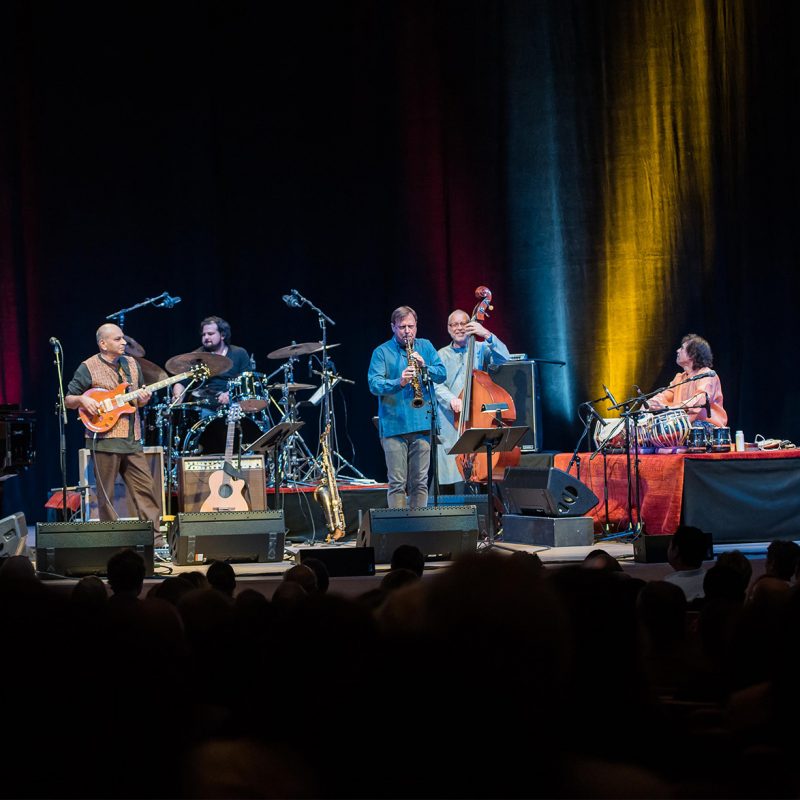 The Crosscurrents band onstage in the Chan Shun Concert Hall 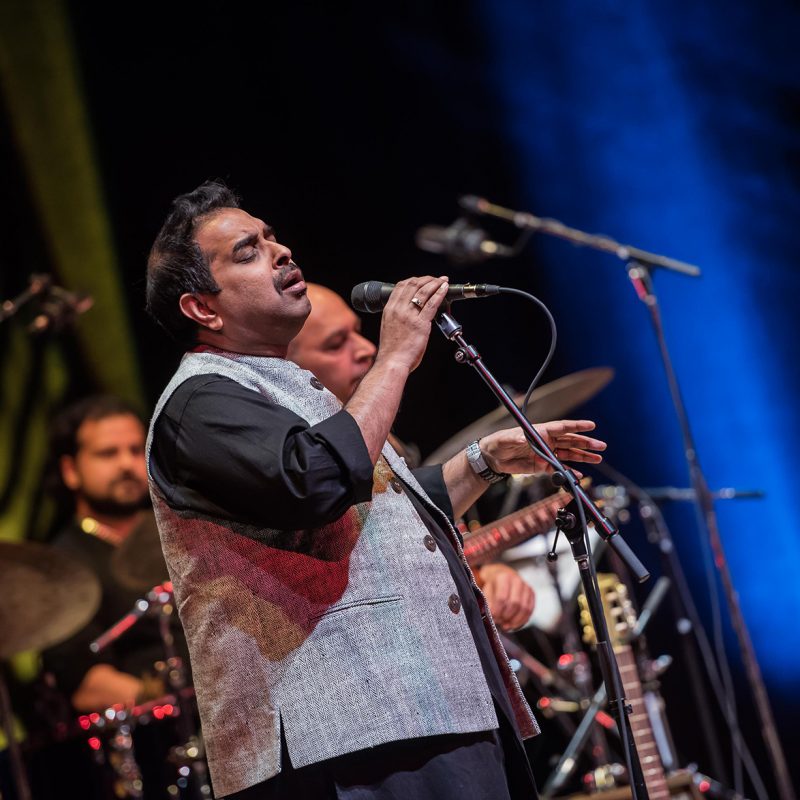 Each member had their chance to shine with through solos. Saxophonist Chris Potter really took it home with his self-composed piece “The Hope”, while Gino Banks showed off his use of the bass drum, his foot fluttering against the pedal with such dexterity that it seemed otherworldly that someone could be quick and even. Though the drums can often be seen as a louder percussion instrument, Gino and Zakir Hussain complemented each other perfectly in terms of balance and sound, creating a collaboration between Western and Eastern instruments that is so fundamental to the fusion of Crosscurrents.

As a frequent attendee of the symphony, it was refreshing to see how starkly different the mood was when the invisible wall usually seen between performers and audience was completely broken down for this performance. Although Crosscurrents were 100 feet away, they had a compelling presence and interactive nature that made it feel like they were right next to you.

The inspiration behind Crosscurrents was to realize that music is both a universal and uniting force that can combine a variety of genres without compromising musical cultures and traditions. It proved to be true on that Saturday night; every audience member was roaring with laughter and clapping along to the tunes on stage – capturing the very essence of music that transcends all language, race and age.

Hannah Wong is a student of the Arts & Entertainment Management Diploma program at Capilano University. Having already received her undergraduate degree at UBC in music, she is currently back on campus as a Marketing & Communications Intern at the UBC School of Music and the Chan Centre for the Performing Arts.