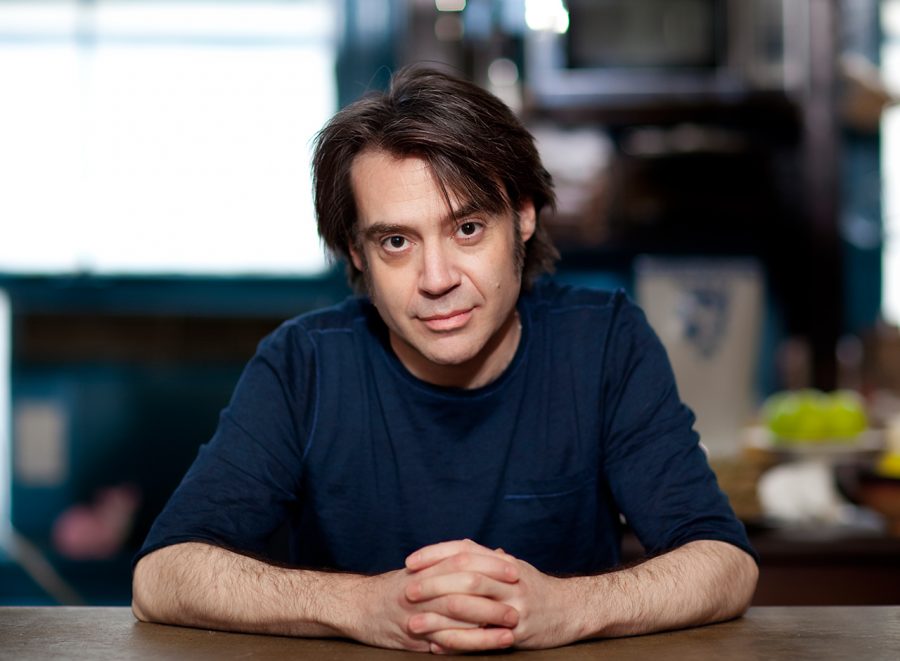 Brad Roberts and his unmistakable voice have come a long way since the Crash Test Dummies hits of the early 90s such as “Mmm, Mmm, Mmm, Mmm” and “Superman.” Roberts recently broke a five-year writing hiatus in order to collaborate with producer/engineer Stewart Lerman (Antony and the Johnsons, The Roches). Their collaboration paid off with a new album entitled Oooh La La which was released in May 2010.

Much of the music on the new album was inspired by 70s-era musical toys such as the Optigan (an OPTical orGAN that projects the sounds of other instruments using discs). With the help of friends they laid down beautifully crafted instrumental parts on top of the original toy tracks to create a fully realized production.

Rather than try to recreate music that was made with some rather cranky toy instruments never meant for the rigors of a tour, Roberts has opted to present these songs in a straightforward, stripped-down manner. It’s a curveball, but the test of a great song is its ability to work in different formats, and these songs, along with classic hits, undoubtedly pass the test. So with the toys left at home, Roberts will take to the Chan Centre stage in an acoustic setting with two other Crash Test Dummies musicians, Ellen Reid (vocals) and Murray Pulver (guitar) in this not-to-be-missed, folk-rock concert.