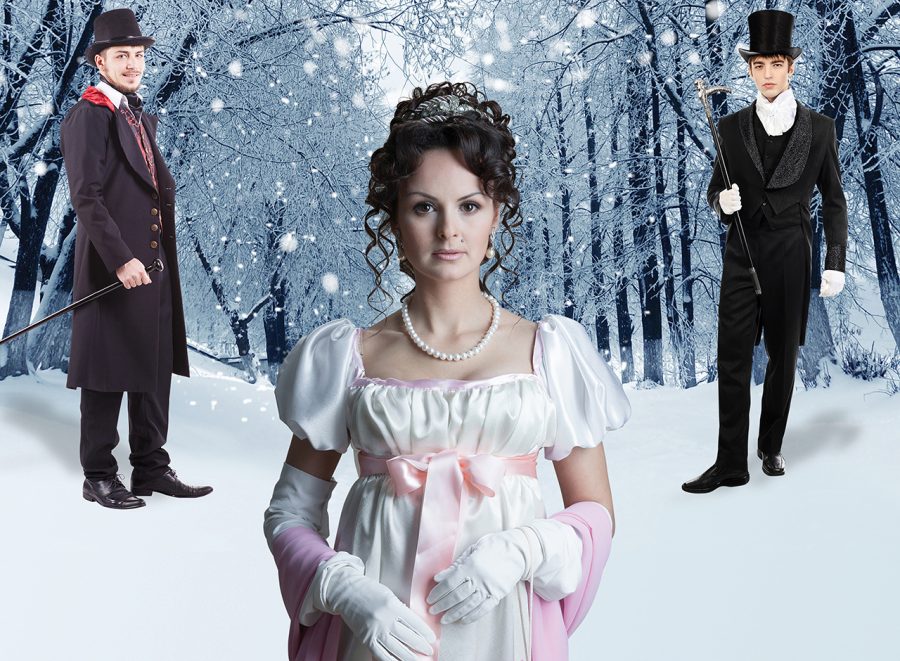 This lyric and dramatic opera was composed in 1878 and first performed at the Moscow Conservatory in 1879. Now a staple of the repertoire and widely performed, the opera contains a wonderful variety of Russian folk music, grand party scenes along with intimate family scenes and dramatic encounters.

The story is that of a selfish hero – Eugene Onegin of the title, who rejects the love of a young woman and fatally confronts his best friend in a duel. Many years later, older and wiser he meets the woman, now the wife of a wealthy aristocrat and their roles are reversed as she rejects him.

The action begins in the countryside near St. Petersburg where the Larin family live. We meet Madame Larina and her two daughters, Tatyana and Olga, along with their guests, Lensky and Onegin. Tatyana is lovestruck by Onegin and spends the evening writing love letters. At her birthday dance the following day, Onegin rejects her and flirts instead with her sister Olga. Olga’s fiancé, Lensky, is annoyed and challenges Onegin to a duel. Remorseful after inciting the duel, Onegin leaves Russia and travels for several years. Upon his return he is invited to a ball at the grand palace of Prince Gremin. He recognises the prince’s beautiful wife – Tatyana, but while she still remembers her love for Onegin, she remains faithful to her husband.