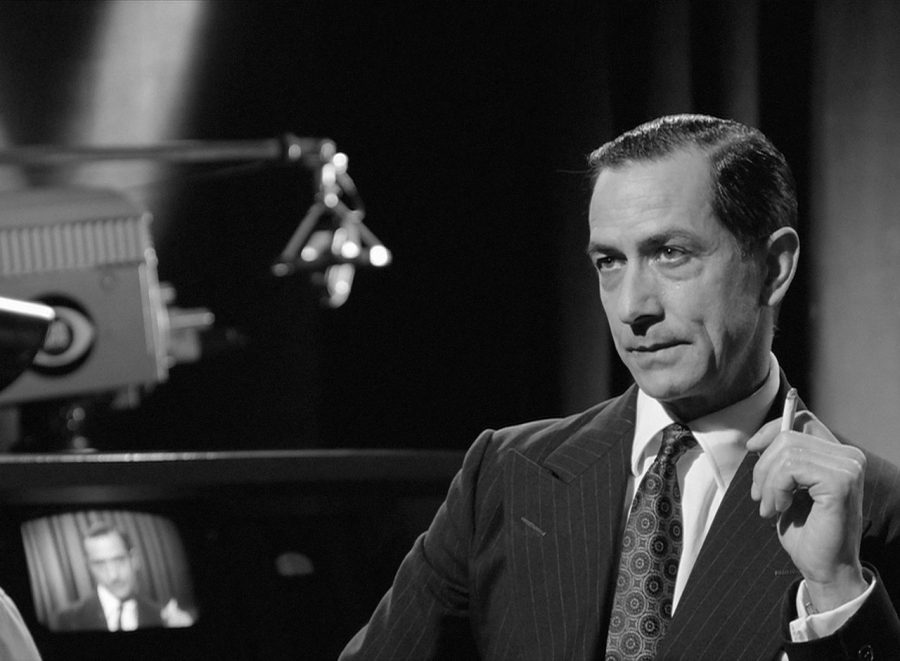 Presented by the Chan Centre in partnership with the Cinematheque

It’s 1953, and the piece of talking furniture called TV is still a novelty in America’s living rooms. On it, Sen. Joseph  McCarthy uses fear, falsehoods and belligerence to become arguably the most powerful man in the land (sound familiar?). Newsman Edward R. Murrow, who’s had his fill of the senator’s tactics, fights back.

David Strathairn plays Murrow, the principled “face of television” who maps his trategy with his producer and confidant, Fred Friendly (Clooney). A deft ensemble plays staff members in the bustling battleground that is the CBS newsroom. McCarthy is in the mix, too, intercut into the action via real-life footage. A media and a nation are going to change – while on the air.

The soundtrack for Good Night, and Good Luck is performed entirely by Dianne Reeves (with a small jazz ensemble), and won the 2006 GRAMMY award for Best Jazz Vocal Album.