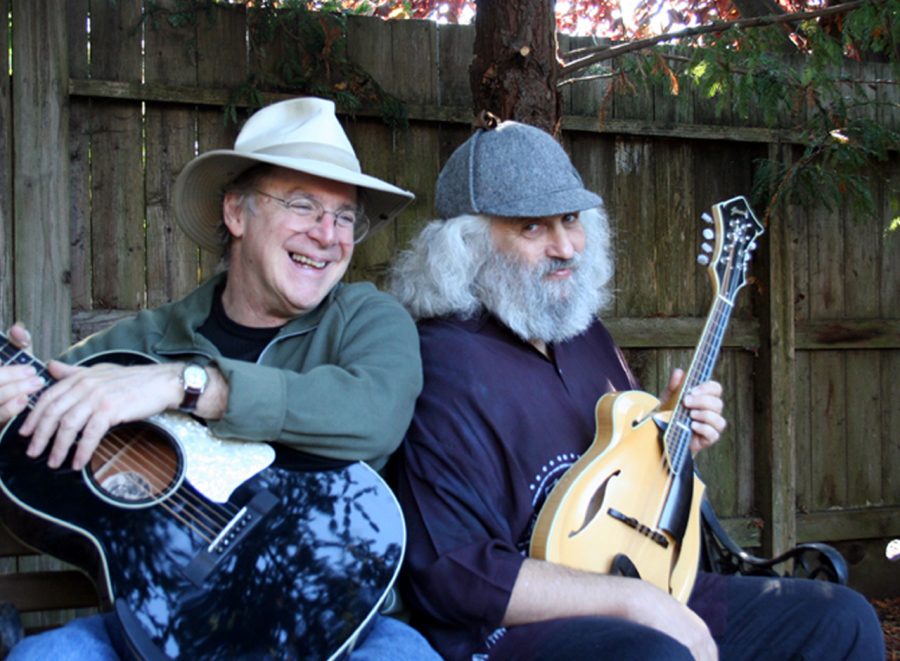 John Sebastian and David Grisman’s musical history dates back to college days at New York University circa 1963 when the Greenwich Village folk revival was in its heyday. They made their first recording together as members of the Even Dozen Jug Band with future luminaries Maria Muldaur, Stefan Grossman and others.

The rest, of course, is musical history.

John Sebastian became lead singer and songwriter of one of America’s most popular bands – The Lovin’ Spoonful and David Grisman spearheaded an acoustic music revolution with his genre-defying “Dawg” music.

Finally, after a 40+ year hiatus, their paths crossed again at a benefit concert in Mill Valley, California. After this mutually enjoyable evening of spontaneous music, it became obvious that they would continue collaborating.