Rounding out vocal ensemble musica intima‘s season of collaboration, this digital broadcast will feature a unique piece, borne out of continued musical and literary exploration. Originally written as a song cycle for American soprano Dawn Upshaw, Maria Schneider’s Winter Morning Walks is based on poems by Ted Kooser—what he calls ‘postcards’, written as he battled depression on pre-dawn walks alone and with his wife. Vancouver-based composer and arranger Réjean Marois arranged the musical miniatures for vocal ensemble and trio—and we’ll perform his version of these haunting and beautiful pieces with Vancouver-based ensemble Triology (Jodi Prozinik, Miles Black and Bill Coon), and drummer Craig Scott.

Join musica intima and enter the space between jazz and classical music!

“Walking by flashlight
at six in the morning,
my circle of light on the gravel
swinging side to side,
coyote, raccoon, field mouse, sparrow,
each watching from darkness
this man with the moon on a leash.”

This digital concert was filmed in part at the Chan Centre for the Performing Arts. 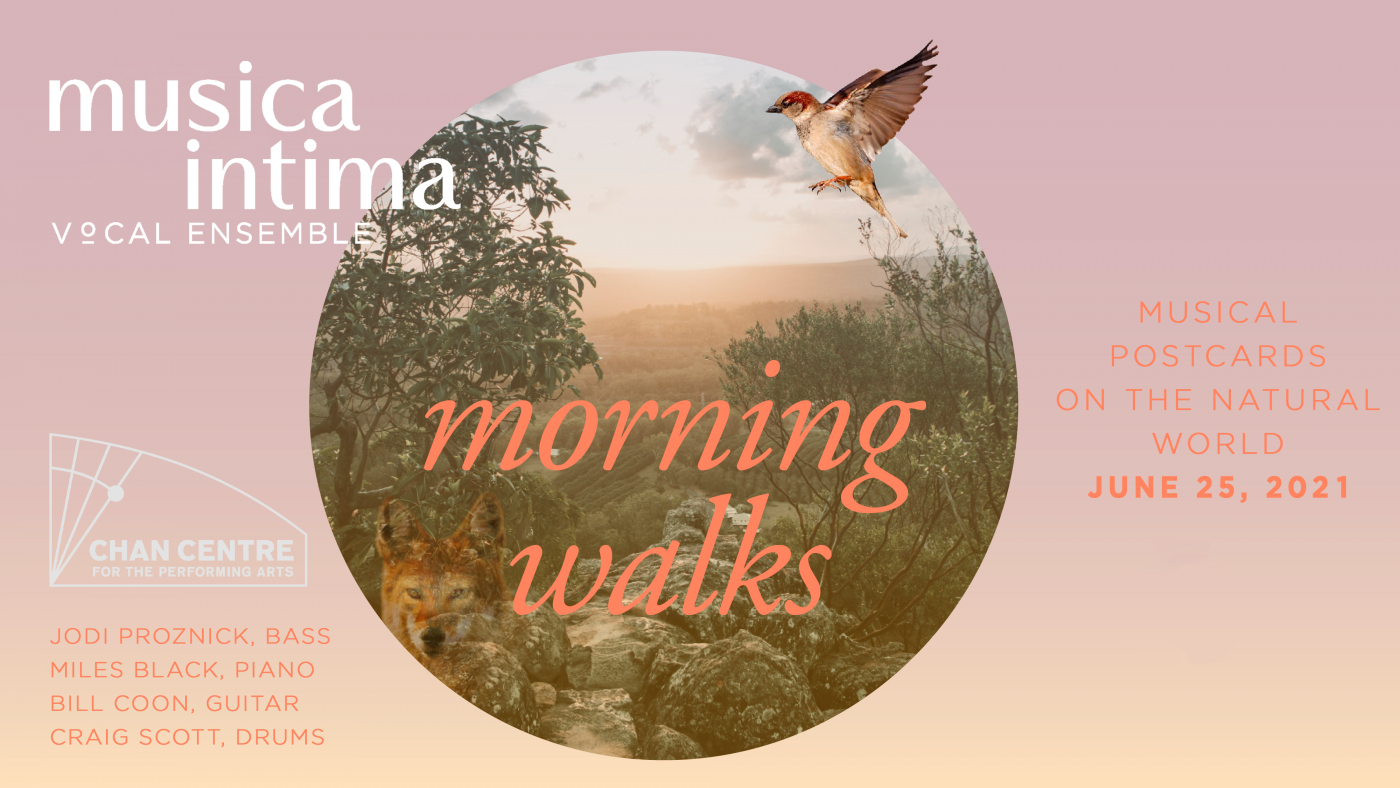