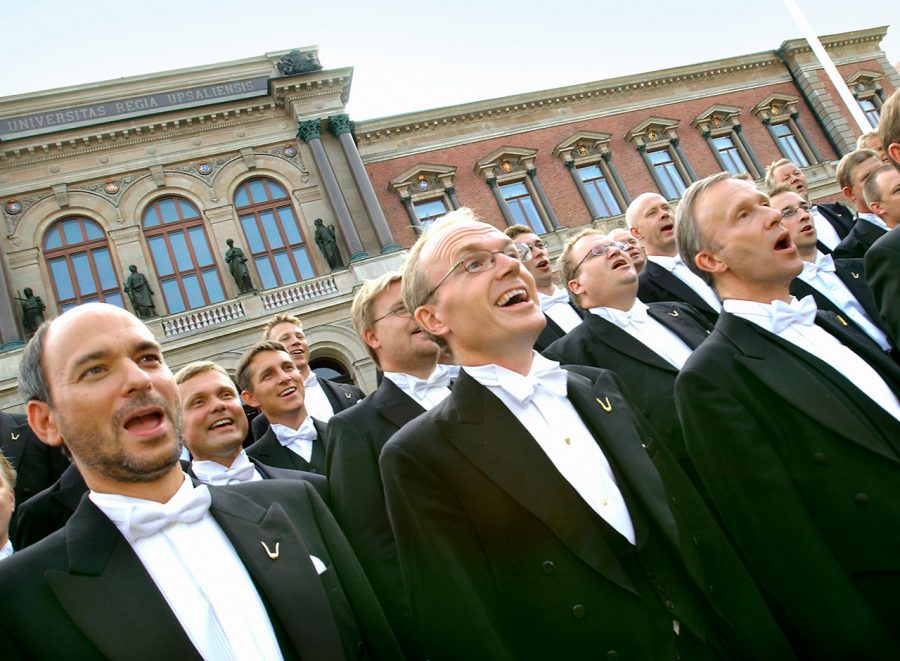 Presented by the Chan Centre and Chor Leoni Men’s Choir

Widely regarded as the best male choir in the world, Orphei Drängar, known internationally as OD, is based in the Swedish University City of Uppsala.

The choir, which dates back to 1853, has always been a torch bearer of the great Swedish choral tradition, in addition to playing an important international role in the development of the male-voice choir in modern music.

OD’s Vancouver concert is the final appearance on a North American tour that includes performances in Toronto, Chicago, Winnipeg and Edmonton.

Conductor Robert Sund has been a principal driving force behind OD’s development, and has contributed greatly to the broadening of the choir’s repertoire. The Vancouver performance will mark Maestro Sund’s final concert with OD after twenty years as director.

Appearing as soloist with Orphei Drängar is an exciting rising star in the opera world, soprano Maria Fontosh.

Fontosh already has many operatic roles and prestigious recital appearances to her credit, including a sensational debut at the Royal Opera in Stockholm as Rosina in Il Barbiere di Saviglia and performances with the Royal Concertgebouw Orchestra directed by Riccardo Chailly.