For the first time in 7 years, Rufus Wainwright released a brand new studio album during the beginning of the pandemic in 2020 titled “Unfollow the Rules”. Produced by Mitchell Froom, this album is the bookend to his debut album that garnered him Best New Artist by American Rolling Stone Magazine in 1998 and can be seen as a summary and climax of all his previous albums, a work of true maturity.  It was nominated for a Grammy and Juno and has been met with great critical acclaim. 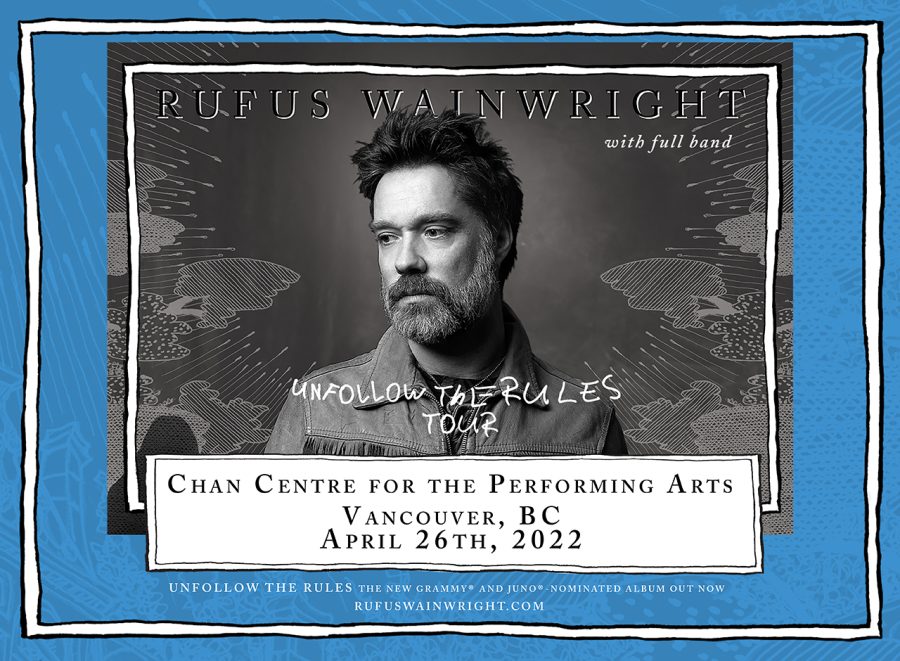