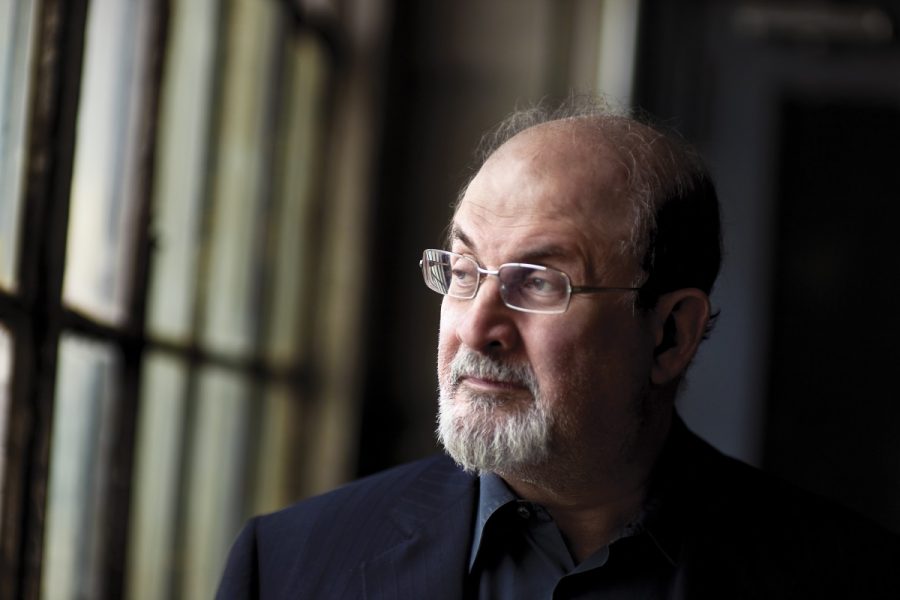 One of the most celebrated public thinkers of our time, the multi-award-winning and bestselling author Salman Rushdie discusses his latest, brilliant epic, The Golden House, with Writers Fest artistic director Hal Wake at this special event. In quality and compelling scope, The Golden House is Rushdie’s The Godfather meets The Great Gatsby: an unparalleled modern-day thriller with a compelling storyline straight out of today’s headlines.

In The Golden House, real-estate tycoon Nero Golden immigrates to the United States under mysterious circumstances. Soon, he and his three adult children assume new identities, reinventing themselves at the apex of New York society. At the event, Rushdie will consider the novel in the context of the current U.S. political climate, probing key moments in recent history, from the inauguration of Obama to post-election Trump. Join us for a timely conversation with one of the greatest writers of the 20th and 21st centuries.

A select number of $150 VIP tickets are available and include:
• Pre-event wine reception with Salman Rushdie (starting at 6:00pm)
• A premium seat
• Signed copy of The Golden House

This event is presented in partnership with the Chan Centre for the Performing Arts through the support of the Chan Endowment Fund at the University of British Columbia.