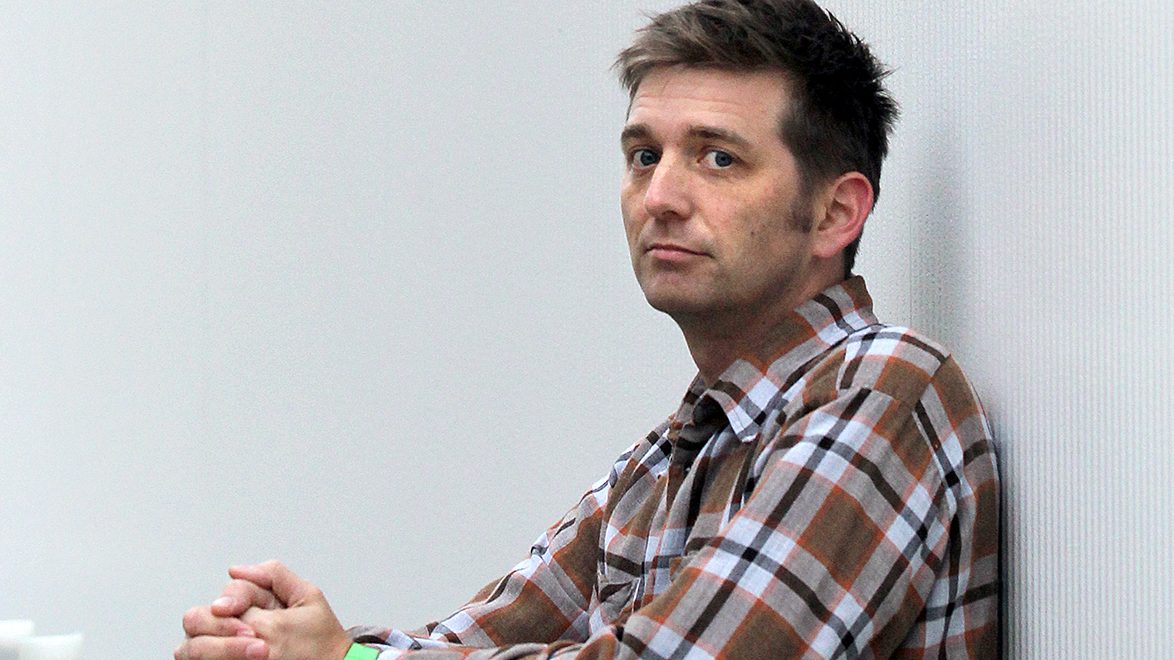 As the singer-songwriter of one of Canada’s most popular indie bands, The Weakerthans, John K. Samson is considered one of the country’s finest songwriters and is often referred to as “the poet laureate of Canadian Rock.” His first solo album, Provincial, and book, Lyrics and Poems, 1997 – 2012, were released in January 2012.

This intimate performance is a rare opportunity to hear John play his songs in the form they were written in – just him and his guitar – and to hear him speak about his process and development as a writer.

John was Writer-in-Residence at the UBC Creative Writing Program for 2012-2013.