Radius at the Telus Studio Theatre 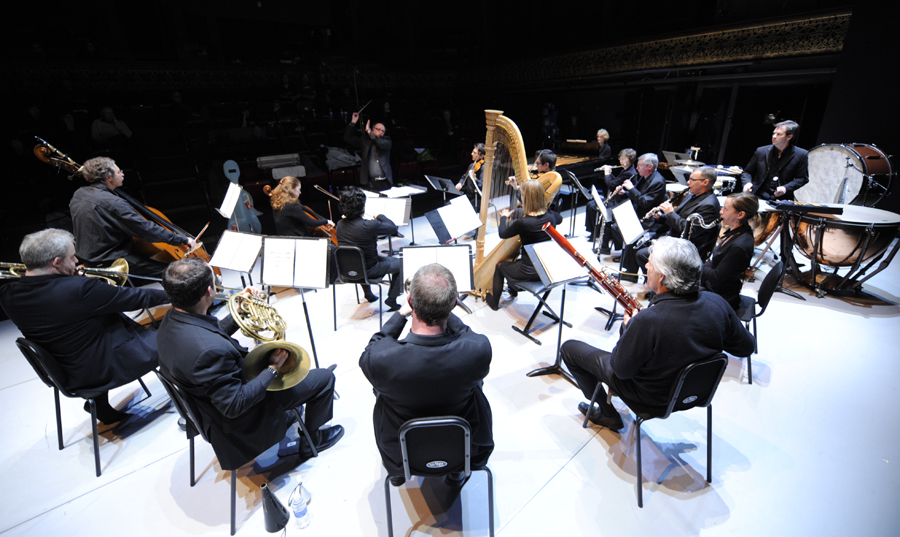 Presented by musica intima, Nu:BC and Turning Point Ensemble in partnership with the Chan Centre for the Performing Arts

The captivating vocal world of musica intima meets the rich instrumental textures of Turning Point Ensemble and The Nu:BC Collective in concert at the Chan Centre’s intimate Telus Studio Theatre, featuring three of North America’s most inventive and in-demand composers.

The program includes No Need, a premiere by Montreal composer Michael Oesterle commissioned by the Chan Centre. This deliciously abstract work for eight voices and four instrumentalists draws its text from the names and locations of the world’s 50 highest ranked restaurants. The evening will also unveil the premiere of … and I need a room to receive five thousand people with raised glasses… by one of Canada’s most innovative and heralded composers Ana Sokolovic, in addition to New York composer Julia Wolfe’s meditation on the poetry of water, Thirst.