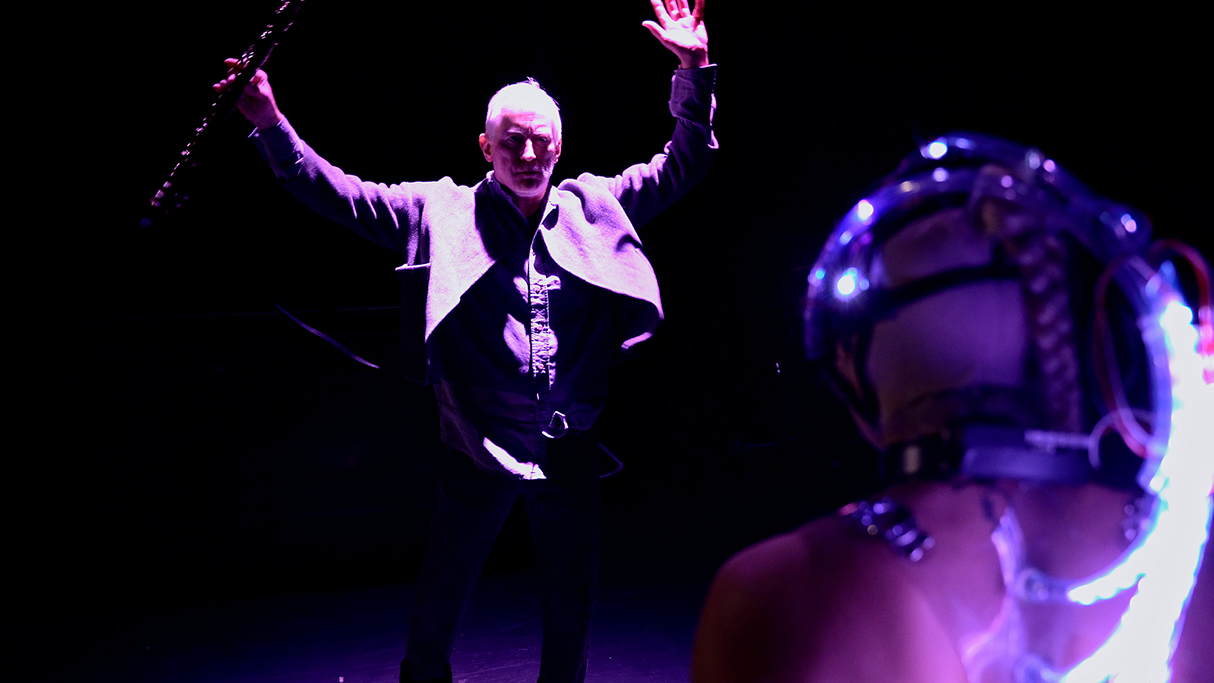 Films can be viewed free of charge, tickets for the launch party are $10 and include a private discussion and Q&A with the artists on the premiere date

1+1+1+… is an new exciting interdisciplinary film project that brings together composers, filmmakers and musicians. It is an artistic chain of expression, the first ‘1’ is the performer, the second’1’ is the composer, and the third ‘1’ is the filmmaker, resulting in a series of five-minute art films, each comprising a new work that will be a unique portrait of the musicians that make up Turning Point Ensemble.

This is the first installment of the project, and will feature three films including Synapses which was filmed in the Telus Studio Theatre in partnership with the Chan Centre. Performed by David Owen (oboe) and Emmalena Fredriksson (dance) and directed by videographer Sean Patrick Shaul, this work for solo oboe, dancer with LED spine, and Max/MSP processing was written by UBC School of Music professor Bob Pritchard.

About the new work, Pritchard writes:

“This short work explores communication through sound, light and movement. In the opening, the two performers begin a gradual interaction, triggered by sound, searching for ways to influence and affect each other. Their interaction gradually builds in intensity until their partnering reaches a breaking point and dissolves. The title refers to one of the mechanisms of communication in the nervous system, which the dancer’s costume and the interaction reference throughout.”

Two other films directed by Sean Patrick Shaul and filmed at the Annex Theatre will be premiered alongside Synapses—Cone for solo violin, written by Owen Underhill and performed by Mary Sokol Brown and Shared Solitude for bassoon, piano and footwork written by Réjean Marois and performed by Ingrid Chiang.

Films can be viewed free of charge, tickets for the launch party are $10 and include a private discussion and Q&A with the artists on the premiere date