We are thrilled to present world-renowned hornist and brass pedagogue, Gail Williams, as our featured artist. Join us this year as we celebrate our 10th annual festival, with masterclasses, workshops and performances by Gail Williams and UBC faculty and students.

Brass enthusiasts from advanced beginner to professional levels are invited to join us at BrassFest!

Special group discount for schools: $10 (includes a free ticket for the teacher), email vwhitney@mail.ubc.ca for details. 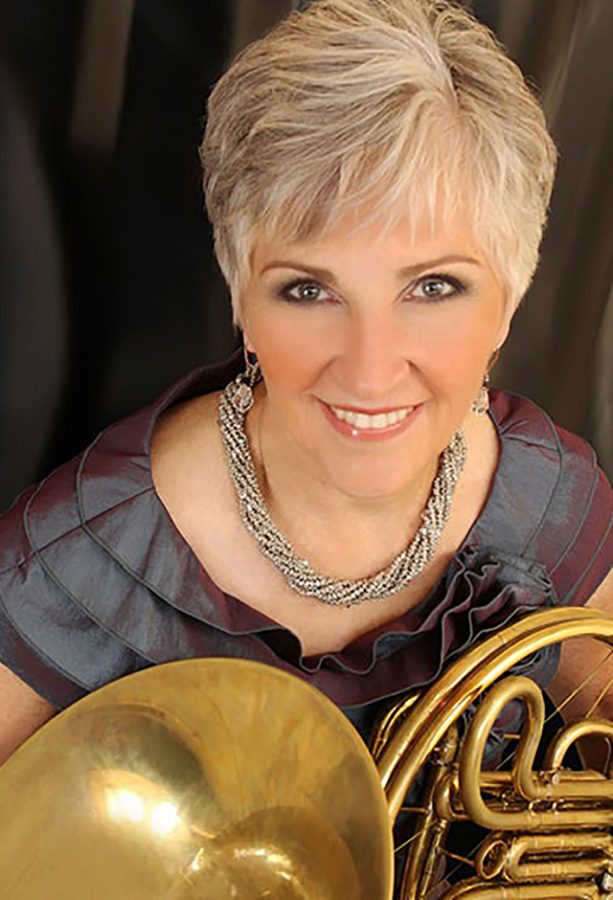 Gail Williams ’76 MMus is an internationally recognized hornist and brass pedagogue. She has presented concerts, master classes, recitals and lectures throughout North America, as well as in Europe and Asia. Ms. Williams joined the Chicago Symphony Orchestra in December 1978, and was appointed associate principal horn in 1984, a position she held until her retirement from the orchestra in 1998. She has been a member of the Chicago Lyric Opera Orchestra and is currently principal horn of the Grand Teton Music Festival Orchestra. As featured horn soloist, Professor Williams has performed with the Chicago Symphony Orchestra, San Antonio Symphony, Sinfonia da Camera, New World Symphony Orchestra, the Grand Teton Music Festival Orchestra, Syracuse Symphony, Fairbanks Symphony Orchestra, Green Bay Symphony Orchestra and a number of regional orchestras. Professor Williams has also performed in 2004 as principal horn with the Saito Kenin Orchestra with Maestro Ozawa in Matsumoto, Japan. In 2005, 2007, 2008, and 2009, she was principal horn with the World Orchestra for Peace (WOP), under Maestro Gergiev, with concerts in London, Berlin, Moscow, Beijing, Budapest, Rotterdam, Brussels, Jerusalem, Krakow, and Stockholm. In the summer of 2010, Professor Williams performed Mahler’s 5th symphony with WOP live on the BBC in London  and in Salzburg, Austria. Other WOP performances include Abu Dhabi (January 2011), and New York City and Chicago (October 2012).