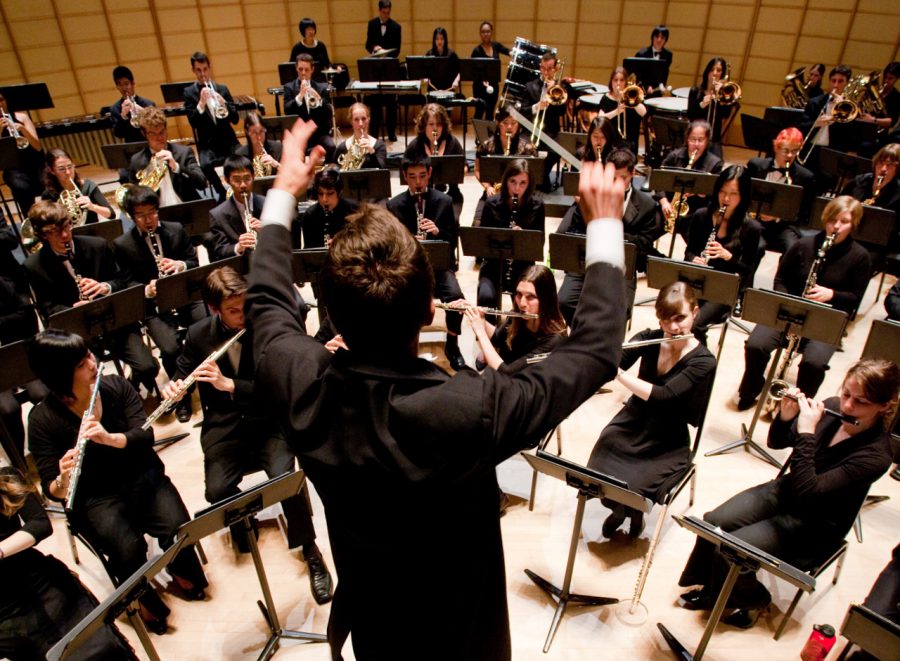 “Postcard from the Americas”

Filmore, Ticheli, Copland, Mason Bates and John Mackey
Freaturing Copland’s “The Promise of Living” from The Tender Land with the UBC Opera Ensemble

The Concert Winds is a challenging, exciting ensemble for both music and non-music majors who perform on either a woodwind, brass or percussion instrument. With approximately 45 – 50 members, Concert Winds is a wind ensemble with performances that take place in the Chan Centre four times per year.