Online sales will close at midnight Friday, Jan 27. Door sales available on Sat, Jan 28 at 9am.

UBC School of Music WindFest returns! We are thrilled to present clarinettist, Chad Burrow (University of Michigan) as our featured artist.

Join us this year as we celebrate our annual festival, with masterclasses, workshops and performances by Chad Burrow and UBC Woodwind Faculty.

Schedule to be posted soon.

Special group discount for schools: $10 (includes a free ticket for the teacher), email jose.franchballester@ubc.ca for details

Lunch is not provided. Please bring your own lunch or visit food.ubc.ca for dining options for the day.

All woodwind enthusiasts from advanced beginner to professional levels are invited to join us at WindFest!

Online sales will close at midnight Friday, Jan 27. Door sales available on Sat, Jan 28 at 9am. 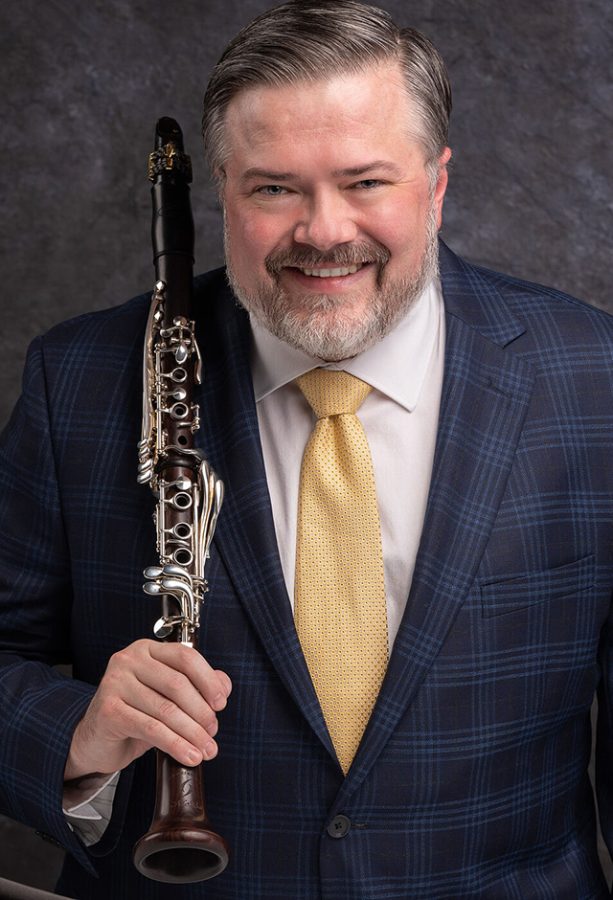 Chad Burrow is recognized as one of the premiere clarinetists of his generation. He has appeared as a soloist and chamber musician in concert halls across the globe. The European press has said that Chad performs with “brilliant technique and tonal beauty mixed with an expressive ferocity.” Danish critic, Henrik Svane, went on to describe a performance as filled with “virtuosity, energy, and power without compromise.” The New York Times recently called a Carnegie Hall appearance in Poulenc’s, Sonata, as giving a “strong impression” and being a “bright and genial account.”

In 2009, Chad was appointed to the clarinet faculty of the University of Michigan, where he teaches clarinet, chamber music and has served as the director for the Michigan Chamber Players. Additionally, he serves as co-artistic director and clarinetist for the Brightmusic Society of Oklahoma and is on the faculty of the Sewanee Summer Music Festival and also the faculty of the Alpenkammermusik Festival in Austria. Chad is the current principal clarinetist with the Ann Arbor Symphony, the Arizona Musicfest Orchestra.  He also regularly performs with the Michigan Opera Theatre Orchestra and the Detroit Chamber Winds and Strings. Chad is the former principal clarinetist of the Oklahoma City Philharmonic, the New Haven Symphony, Quartz Mountain Music Festival, and the past Associate Professor of Clarinet at Oklahoma City University.

Chad’s recent concert engagements abroad have included concerts in Austria, Denmark’s Thy Chamber Music Festival, recitals in the National Concert Hall in Taipei, Taiwan, concerts in Strasbourg, France and Concerto appearances with the Taichung Philharmonic, the “Classic” Orchestra of Taichung and the Shin Sharn Ensemble in Taipei. Recent performances in the United States have included appearances with the Chamber Music Society of Lincoln Center in Alice Tully Hall, Chamber Music Northwest, and performances on a series of Benny Goodman centennial concerts in Carnegie Hall and Yale University.  Chad has also performed with numerous orchestras, including the Ann Arbor Symphony, Cumberland Orchestra, and the Longview Symphony.  You can also find a recently released recording of William Bolcom’s, Clarinet Concerto with the University of Michigan Symphony Band on the Equilibrium label.