This event is being sold at 100% capacity.

Sergei Prokofiev Music from the ballet “Romeo and Juliet”

This event is being sold at 100% capacity. 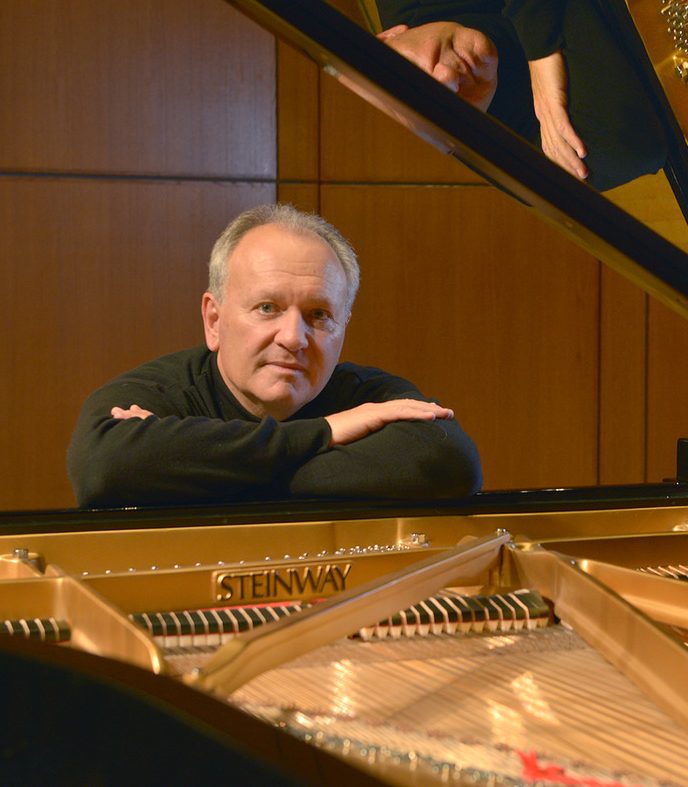 A native of the San Francisco Bay Area, pianist Mark Anderson’s recordings and performances have met with widespread critical acclaim over the past several decades. Anderson has collaborated with conductors such as Sir Simon Rattle, Nicholas McCegan, William Boughton, George Cleve, and Adam Fischer.

In recital, Mark has appeared at New York’s Alice Tully Hall and Weill Hall, the Kennedy Center and the Phillips Gallery in Washington D.C., London’s Wigmore Hall and Zurich’s Tonhalle and elsewhere throughout Europe and North America. His solo and concerto performances are complimented by chamber music work, most recently with the newly formed Röntgen Piano Trio. The trio is committed to illuminating the darker corners of the piano trio literature while giving fresh interpretations of the masterworks in that genre.

Most recently, Anderson has recorded a CD of 2-pianos works with Canadian pianist Michelle Mares, which includes works by Brahms, Reinecke and Röntgen – the works by Röntgen being world premieres, the scores of which are available through Nimbus Music Publishing.

Mark Anderson is Associate Professor and chair of the keyboard division at the University of British Columbia School of Music and is a Steinway artist.