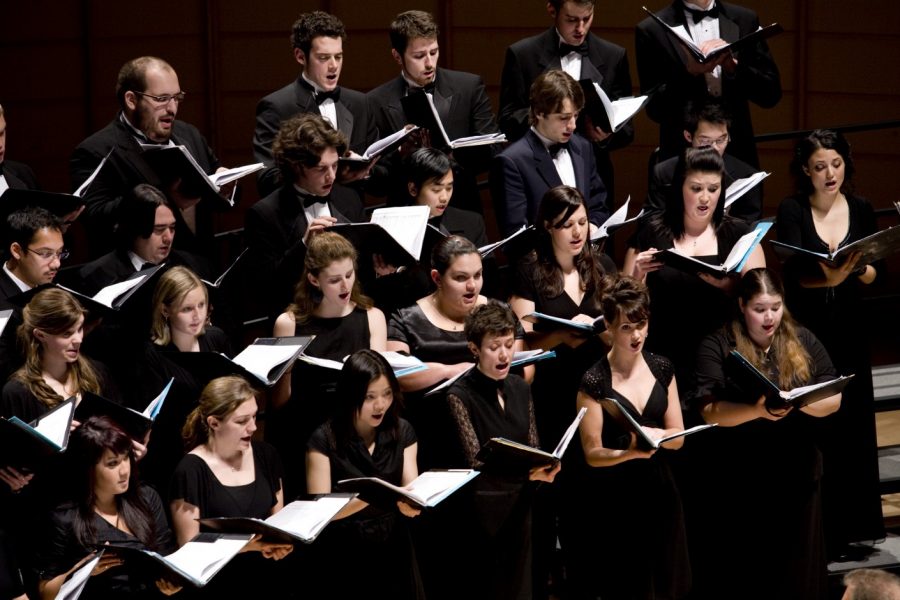 University Singers
A choir of approximately 40 mixed voices, this ensemble performs major works of the choral repertoire appropriate to its size. Winner of several awards, including the C.B.C. National Choral Competition and the B.B.C. International Choral Competition, the choir usually tours British Columbia and occasionally further afield, including European tours.

Choral Union
U.B.C.’s largest choir, approximately 150 voices, presents concerts of major choral literature from the 16th through the 20th centuries, including the premieres of compositions by student, alumnus and faculty composers.