We Were There When Jazz Was Invented

This event is free and open to the public 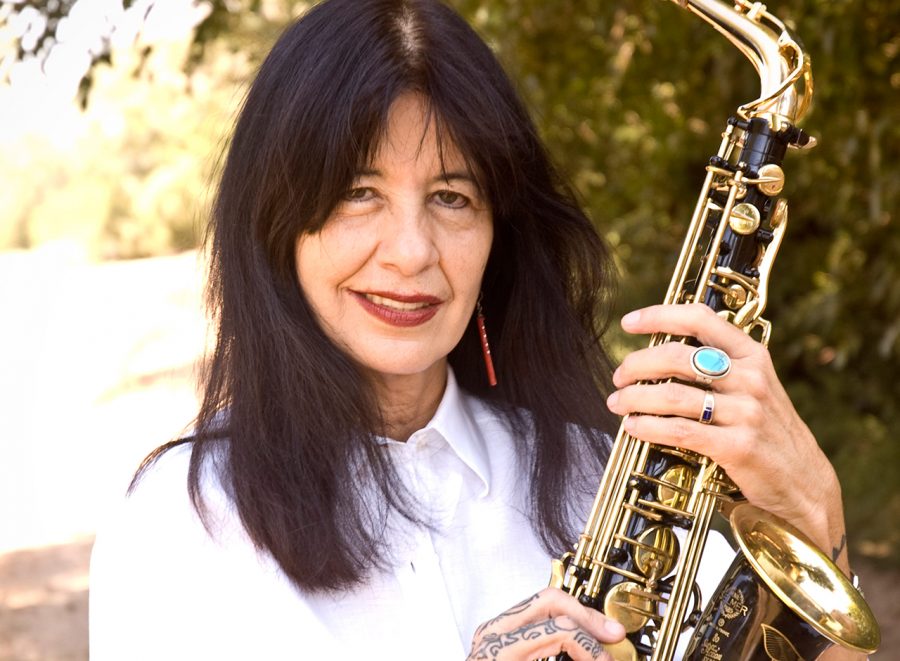 Joy Harjo, internationally-known poet, performer, writer, and saxophone player of the Mvskoke/Creek Nation, will be performing at the Chan Centre in an event called “We Were There When Jazz Was Invented.” This multi-format event will include a musical performance by Harjo and a question and answer session which will be moderated by freelance Aboriginal arts activist, promoter and radio producer, Elaine Bomberry.

This winter, Harjo is doing a residency at UBC’s First Nations House of Learning. During her residency Harjo will work with UBC faculty and students; perform her one-woman play, “Wings of Night Sky, Wings of Morning Light” and present a concert at the First Nations of House of Learning. A renowned musician, Harjo has released four award-winning CDs and in 2009 won a Native American Music Award (NAMMY) for Best Female Artist of the Year for Winding Through the Milky Way.

Harjo’s seven books of poetry include How We Became Human: New and Selected Poems, The Woman Who Fell From the Sky, and She Had Some Horses, all published by W.W. Norton. Her poetry has garnered many awards including the New Mexico Governor’s Award for Excellence in the Arts and the Lifetime Achievement Award from the Native Writers Circle of the Americas.

She wrote the award-winning children’s book, The Good Luck Cat (Harcourt), and a Young Adult, coming-of-age-book, For A Girl Becoming, which won a Moonbeam Award and a Silver Medal from the Independent Publishers Awards. A memoir, Crazy Brave, is due out from W.W. Norton in 2012.

This event is free and open to the public