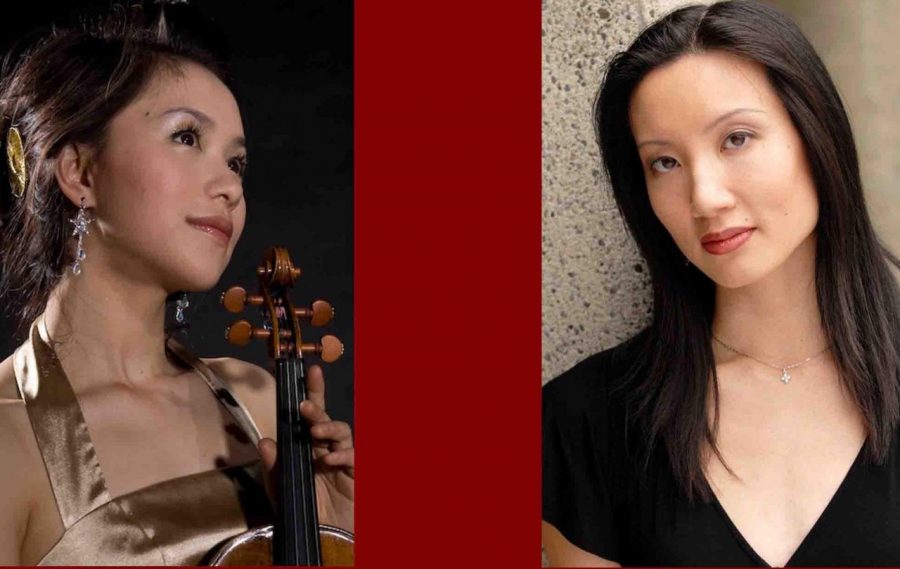 Co-presented by the Chinese Cultural Centre and Hyson Foundation

Wei Wen was born in Sichuan, China in 1981. She began playing the violin at the age of three, and already showed her talents during her early musical education at the secondary school of Sichuan Conservatory of Music, under the tutelage of the renowned Chinese musicologist and composer Baozhi Yang. Wei furthers her study at the Juilliard School in the United States in the class of Choliang Lin, with a Diploma for Performing Arts. She is currently an active concert soloist and an Assistant Professor in violin at the Sichuan Conservatory.

Vancouver pianist Libby Yu has graced the stages of the Amsterdam Concertgebouw, Carnegie Recital Hall in New York, the Ambassador Auditorium in Pasadena, the National Philharmonic Hall in Warsaw, the Salle Wilfrid-Pelletier at Place des Arts in Montreal, and the Orpheum Theatre in Vancouver. She captured the First-Prize of the 27th CBC Radio National Competition for Young Performers and was the Second Place prizewinner in the Eckhardt-Gramatté Competition in 1992. In 1995, she was awarded a Diploma of Honour at the 13th International Frédéric Chopin Piano Competition held in Warsaw, Poland.