World-renowned trumpeter Hugh Masekela speaks on activism to a full house at UBC’s Robson Square on March 11, 2011 prior to his performance at the Chan Centre.

Part 1: Hugh speaks about his own background and how growing up in South Africa shaped him and those around him.

What it proves is that you can push people only so far, but why should you wait until the people have been pushed up against the wall? I think that everybody in this room and all the people that you know should be consciencitized to the fact that wrong is wrong. Whether you’re a musician, an athlete, a dancer, injustice is wrong. And you don’t necessarily have to jump up and down in the street and have placards. There’s many ways that you can do it but nobody can tell you that they don't object to injustice. It’s just taking the next step and doing something about it. And people can organize quietly for things that they object to. It doesn’t have to be big, as long as it’s felt. As long as it’s felt, because then it’ll inspire other people. But passing the brunt of activism to artists, and especially to musicians, is a no-no. Those people are activists not because they are artists but because they feel deep down that it is wrong to stand by while injustice is all over the place.

I don’t want you to get the idea that if your son or daughter is becoming a musician they’re going to be an activist. Not necessarily, especially in this day and age. But what I want you to leave with here is the feeling that, yes, I can make a difference. I can make a difference. I didn’t know it was only musicians who were supposed to do this. I didn’t know that I could do it to. And go out there if you object to something and let it be known and let it be felt, because that will inspire other people. Who knows? You know, many activists like the lady in Alabama who just one day said "I’m not going to sit in the back anymore of the bus. I’m going to sit in front". She wasn’t a politician, she wasn’t a musician, but she just felt that no, it’s wrong. And to a great extent she actually started the civil rights initiative. When she left home that morning, she didn’t even plan to say "I’m gonna sit in the front of the bus today". It was just probably the way the driver spoke to her and she thought "you can’t talk to me like that I’m gonna sit here", and then she did it. And she spawned a whole movement. So there’s no formula to it, but feeling and dedication to the truth, objection to injustice should come naturally to everybody. You can’t just sit there on the TV couch and say to your partner ‘oh darling I think this is wrong, oh that’s terrible’. That’s not enough. You have to do something about it.

Part 2: Where “activism” comes from, and why it’s up to everyone to speak out against injustice.

That is the message I wanted to pass to you. That yes, it’s not just certain people from certain segments of society. It’s up to all of us to try to make change, and if you don’t, what you are doing is just perpetuating injustice. If you don’t do anything you’re perpetuating injustice and that in itself is a major sin. So think about this.

Another thing it’d like to do is dedicate this talk today to the people all over the world who are really catching hell - especially form natural disasters which seem to be happening more now than ever before. And it’s probably because of the way we’ve treated nature. Scientists come up with cute words like global warming and climate change but I say no, nature is fighting back. Nature has had it and is fighting back. But the people who are catching hell most of the time are poor people. The people who we see running every day with little bundles on their backs, crying and falling and dying, running from crossfire and danger to seek calm in a peaceful environment, if you look at those people you find that most of them are really poor people. They’re sick, they’re physically disadvantaged, and children. And tonight when you go home and you go to bed, whether you’re going to have a massage or a bubble back or a jacuzzi, at that moment that you’re really feeling pure nirvana and you’re feeling really good, I just want to tell you to send out a little prayer of love to all those people who are catching hell out there. Because we will never know, compared to them, just how fortunate we are. 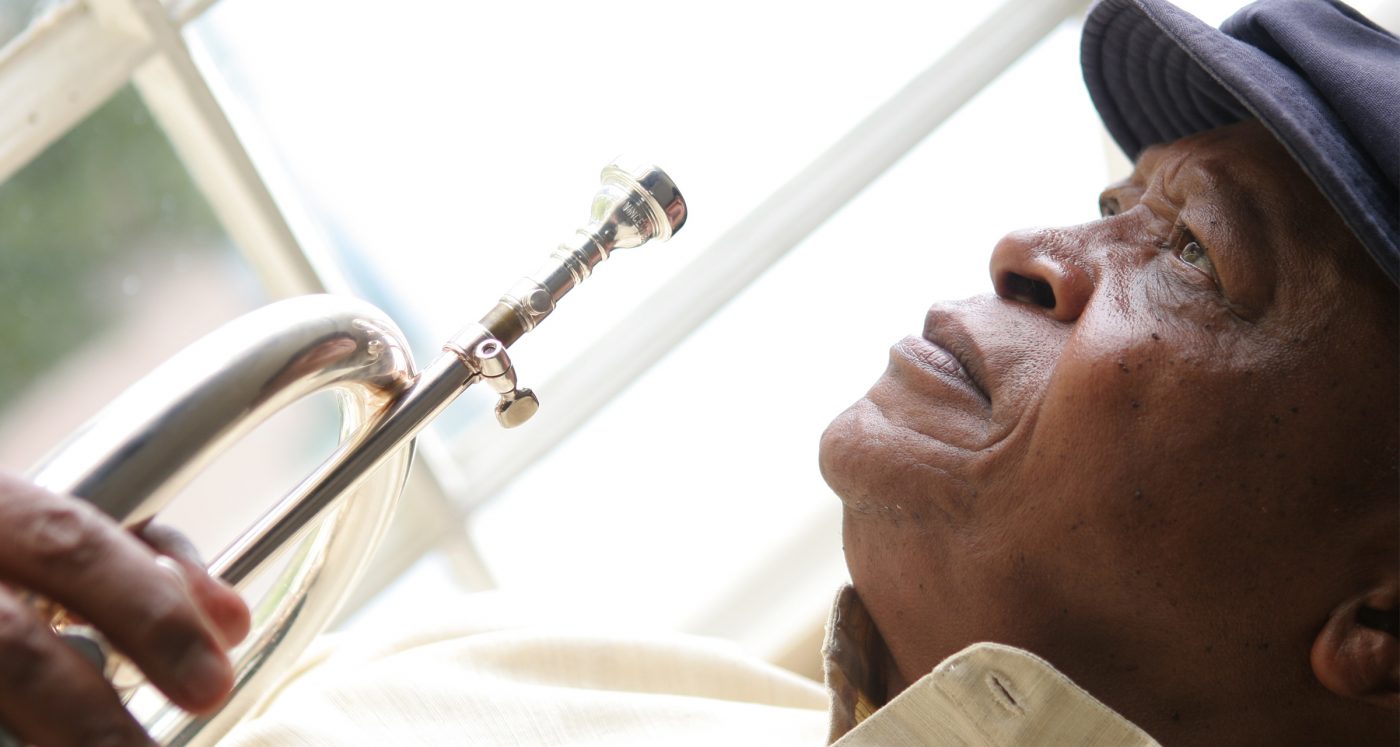