Q & A with Kia Kadiri

Kia Kadiri is one of Vancouver’s most respected musicians in the hip hop community.  For almost 20 years, her unique style has kept her in demand as an instructor, performer, facilitator and mentor.  Born in Liverpool England, Kadiri moved to Canada at the age of 7 and was raised in Victoria BC.

Kia works with many different organizations including the Vancouver Biennale, ArtStarts, and Urban Ink Productions, to help educators and youth understand the history of hip hop culture. She became the Vice President of Streetrich Hip Hop Society in January 2014, a Lower Mainland organization inspiring change and growth in youth through the culture of hip hop.

We asked Kia a few questions about her background, the evolution of hip hop and why engaging young people in the arts matters. 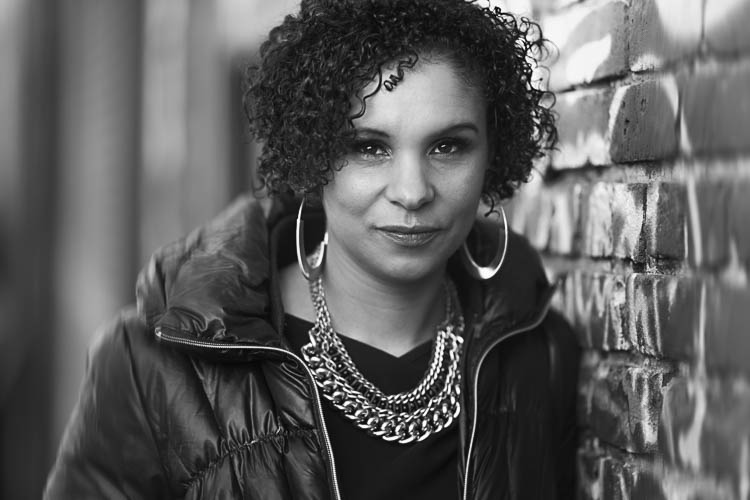 Can you tell us a bit about your background and how you became involved with this type of work?

Kia Kadiri: I am a professional musician and facilitator, with extensive experience working with at risk youth in many different capacities. For over 10 years I have worked as a youth mentor for a multiple organizations, using arts-based education to promote positive social change. It has been proven that marginalized youth who suffer with personal trauma, mental health issues, and addiction, benefit greatly from their involvement in the arts.

I became involved with this type of work when I was asked to join a multi-cultural educational hip hop crew called Metaphor.  Metaphor has been performing in schools all over British Columbia, through an organization named Artstarts for over 8 years.  Many of the members of Metaphor worked as arts facilitators for the non-profit Power of Hope.

I quickly realized that there is an inexplicable joy that comes from watching youth transform when they discover the power, and passion of their talents. I am a vessel to help them to find their voices, through poetry, music, dance and performing arts!  I fell in love with the work and the organizations, and have been involved with teaching ever since! I have been working as the Vancouver Program coordinator for Power of Hope Canada, for over 4 years and organize workshops at the Burnaby Youth Custody Center, which were started over 10 years ago by the artists collective Metaphor.

Hip hop has come a long way since its origins in the Bronx in the 70s and 80s. In your opinion, what have been some of the art form’s most significant shifts, and what do you hope to see for it moving forward?

KK: There have been so many developments with hip-hop culture over the years, but I think the most significant shifts are:

What I hope for the future:  I hope that young people today will get a chance to learn about the roots of hip hop, and that we can reclaim the positive aspects of  how and why the culture was formed.  I hope that the truth will become the popular music, and that the artists who have struggled to maintain the essence of “real hip hop”, can change the minds of the many who only see “rap” as a negative influence among our youth.

In what ways have you seen hip hop culture grow and evolve in and around Vancouver in recent years?

KK: I have seen first hand the culture being widely adopted, especially in the aboriginal communities.  I have also seen a lot more women getting involved in the music and art.  One of the biggest developments that I’ve noticed in the past 5 years is the growth of the “breaking” scene.  Dancers of all skills are getting involved in competitions, training, cyphers and community events.  Through Streetrich I’m now getting to witness and develop the growth of the passionate, talented, “next generation” of artists, facilitators and mentors. I’ve also noticed the skill level and writing complexity reach a very high level; as well as the huge popularity of the spoken word and slam poetry scenes.

How can the diverse artistic elements of hip hop specifically benefit at risk youth?

KK: I’ve listed the mission and values of Streetrich below, because I think that it really answers how we hope to specifically benefit at risk youth using the elements of hip hop.

Streetrich is a movement, inspiring change and growth, through the culture of hip hop. We are committed to co-creating new possibilities for leadership and thriving through dance, music, and visual art. Streetrich connects individuals through the language of hip hop, giving marginalized youth a unique voice to share their stories, breaking stereotypes, and contributing to a global community of change.

Streetrich educates people about the creative and connective powers of hip hop.

Streetrich gives hip hop a place to grow and thrive in the arts community.

Streetrich is committed to becoming the premiere organization for hip-hop Arts in Western Canada.

In your opinion, what is the most important reason for getting young people involved in the arts?

KK: I was deeply touched by the recent loss of the amazing poet, Zaccheus Jackson Nyce. It reminded me more than ever that we have power in our words, and that we must share them with the world. The pain that we all feel, and the struggles that we all face, need to be communicated with each other, so that we can all overcome the problems in the world. It has been an honour to be accepted by people, despite my sex, race, political views and everything in between.

Love what you do, and people will love you!

Kia Kadiri will give the pre-show talk before Trombone Shorty and Orleans Avenue on Sunday, September 25th at 6:15pm in the Royal Bank Cinema at the Chan Centre. 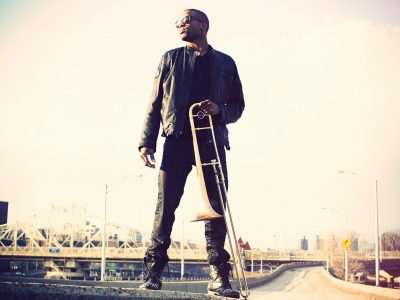 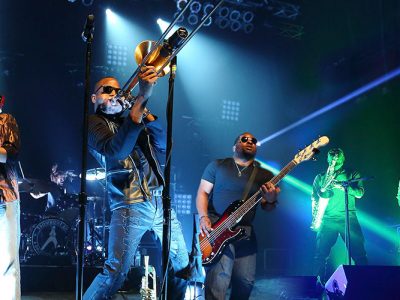