Q & A with Celso Machado 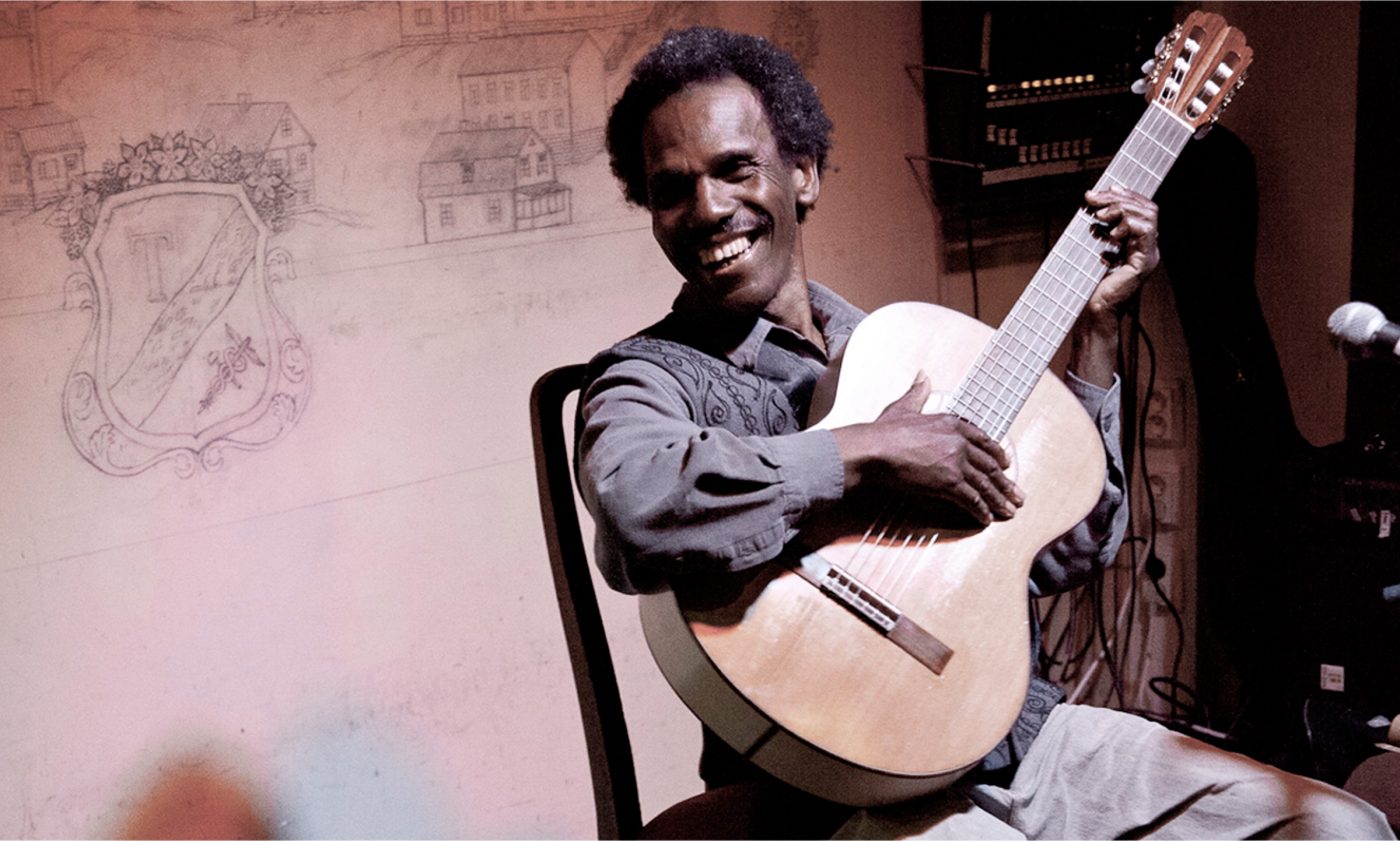 Celso Machado is a Brazilian guitarist, percussionist, multi-instrumentalist and composer living in British Columbia. For forty years, his music has taken him all around the world. He has shared the stage with Sergio and Odair Assad, Badi Assad, Romero Lubambo, Yamandu Costa, Cristina Azuma, Peter Finger, and Solorazaf, and has opened for Gilberto Gil, Bebel Gilberto, Hermeto Pascaul and Al di Meola, amongst other great musicians.

We we fortunate enough to chat with Celso over the phone about his earliest encounters with music in Brazil, his affection for Canada, and the influence Gilberto Gil has had on his life and music. 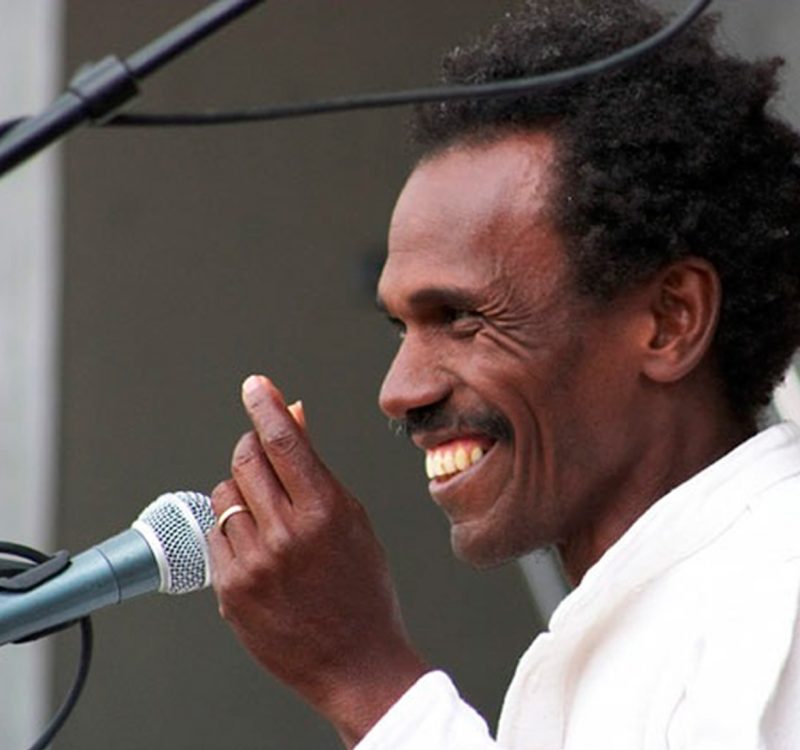 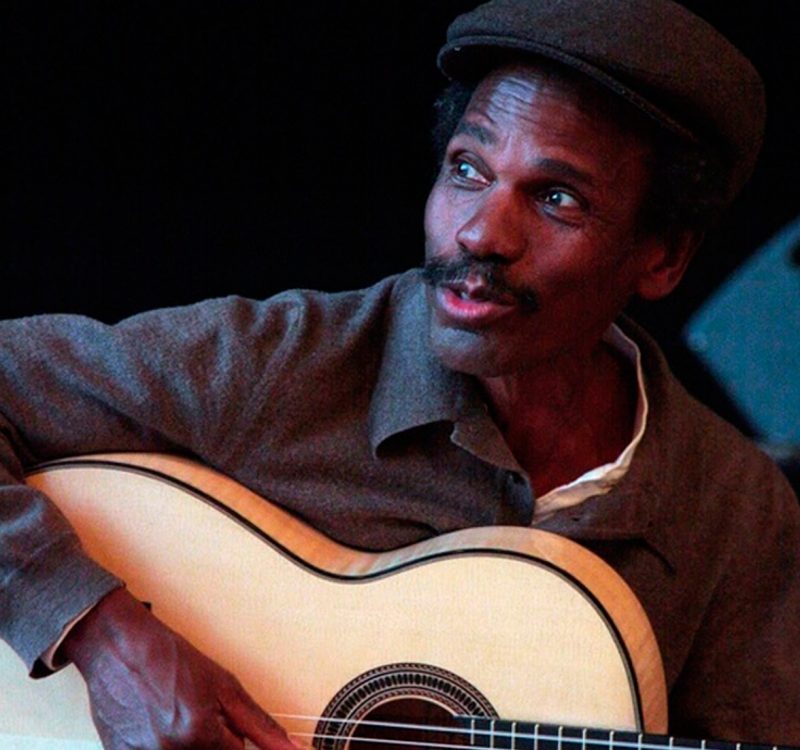 Tell us about your first experience with music. What is it about the guitar that initially inspired you to take it as your career?

CM: My father was a musician, on tenor guitar and guitar (I think actually Veda Hille might be one of the only ones in Vancouver who plays a tenor guitar; I worked with her a long time ago). My father had a group in 1940s and 50s, and we were a family of musicians. Carnaval, which took place every year in Brazil, was such a big deal musically, so as a child I started to play percussion. Around 1964, my mother and five brothers used to play percussion in the house on tables and chairs and pots and pans. Samba in the living room. Crowds would form outside – our home was like a garage with garage doors! We were very poor, so we only had one guitar and had to wait to be able to use it.

Basically, my father taught the eldest brother, and the older brothers taught the younger ones, etc.

Then, in the 1970s, I started studying classical guitar. I travelled to another town where I had teachers. Then I moved to the big city, São Paulo, where I had another very good teacher.
My brothers are all still in Brazil and still playing music. Five out of six of us became musicians.

How did you first come to know Gilberto Gil? How has his music inspired you as a performer or influenced your own music?

CM: In 1969, I was living with two of my brothers. One of them brought home Gil’s album, Louvação. It was amazing – astonishing guitar playing and arrangement. From that day our lives were dedicated to Gilberto Gil. You have to spend a lot of time, and listen very carefully to learn it all by ear. That started our passion for Gil’s music. Gil was an artist where every song on every album was great. One of the only artists I know that every single song on every album was a beauty – at least for a musician to hear.

He influenced my music in every way – musically, emotionally, personally. He has incredible charisma, very charismatic. The kind of person he is comes through in his music.

His arrangements are so well written that a musician playing them isn’t tempted to change anything; but when he himself performs others works, he always makes it uniquely his own.

“Espresso 2222” was a song that changed everything; it was written about a little train that circulates the boundary of Rio de Janeiro. For me, it is a masterpiece. When I travel to teach classical guitar all over the world I often show the guitar detail of that song, and even the strongest, best-known players are impressed by that piece. That song means a lot to me because every time I perform it live, the reaction is amazing. Even if the room doesn’t have as much energy, or feels less excited, that song changes everything.

How has living in Canada changed your performance of Afro-Brazilian music? What is the cultural and musical exchange like between Canada and Brazil, in your experience?

CM: This is a very good question. Afro-Brazilian music is always in me and is the root of my musical expression. However, I’ve been in Canada for more than two decades now. A lot of musicians come to Canada to perform but you can only see them in the big cities – Montreal, Toronto, Vancouver. I have seen every single part of BC doing school shows in remote areas, as well as many parts of Quebec, Labrador, everywhere in Saskatchewan, even in the very heavy winter, and I find a lot of things to be inspired by. Even if it’s a Brazilian song, for me when I play, a particular part seems to take me to Granville and Georgia! Songs that I compose here, I see Canada. Here in Gibsons (where Machado lives), it’s so beautiful. I have bears in my yard all the time, even bobcats. It’s amazing. So if I travel to parts of Canada, even listening to Gilberto, I always see my current surroundings in the music. My music is inspired by the place where I am, because that’s where I’m living.

As a human being, you are inspired by how you are connected to the nature of the place that you are, but I filter this through my Afro-Brazilian self – it just enriches that self. When I travel abroad, I realize how beautiful and unique it is here. I wish international musicians on tour could see the nature in the small parts of this country, not just the big cities.

CM: His music is so rooted in Brazil. The entire country sang his songs from the late 60’s, when he was in exile in London, and they still do. His influence in Brazil is huge. Everyone sings his songs from a lifetime of creating an amazing repertoire of work. Everyone really is so connected to his music. He is a Brazilian treasure.

CM: It was in London, England, 1983. Gilberto and others including myself went to a house in a London neighbourhood for refreshments after a show. Someone had a guitar there, not sure who, it might have been mine but I can’t remember. I sat on the couch and took the guitar and there was one song – my favourite song on that Louvação album, called “Roda”, so I decided to play my arrangement for solo guitar. I played it for him, he was sitting beside me and he got a matchbox or a cassette or something and he was accompanying me on percussion. It was amazing, one of the greatest highlights of my career.

Years later (in 1996), I met him at The Commodore in Vancouver where I was opening. I thought maybe he wouldn’t remember, but he did. He remembered my name – “This is Celso – the guitarist”. 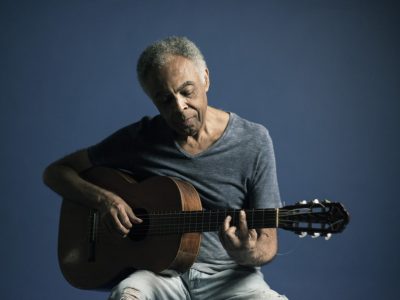