Organizing a field trip for an entire elementary school and packing more than 600 kids onto school buses is no small feat — but for participants in the Chan Centre’s Roots and Shoots World Music Education Program, it’s well worth the effort.

First launched in 2006, Roots and Shoots is an outreach program for under-resourced Vancouver-area elementary schools that offers world music concerts in the Chan Shun Concert Hall, as well as six hours of musician-led workshops in each school.

For the wide-eyed kids, many of whom have never stepped foot on the UBC campus or in a professional theatre, the experience can be profound. 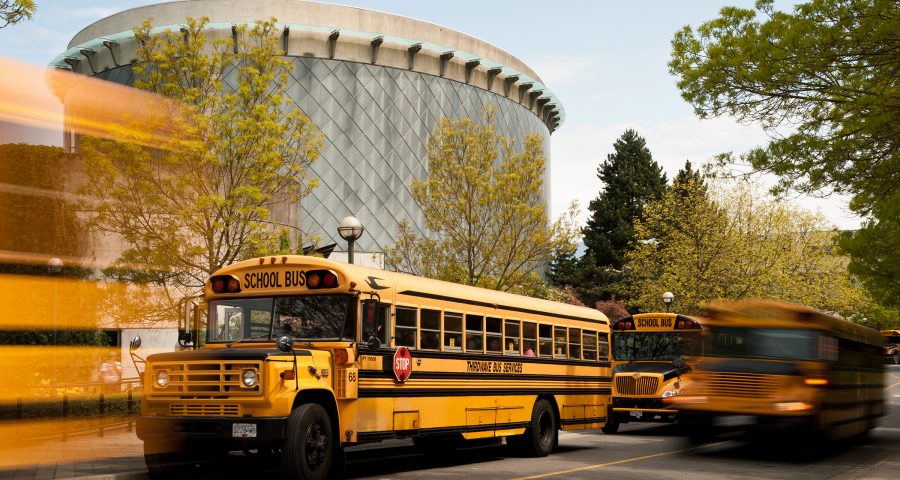 “They live in the southeast corner of the city, and their parents are working, so they don’t get to see much of the city,” says Moberly Elementary Vice-Principal Karl Graham. “Some of them have never even been to the ocean. So the kids are excited just to be in that space, with the plush seats and the beautiful wood, and then they get to see a great concert.”

For educators, the program provides a unique opportunity to introduce kids to diverse cultures and musical styles. It also gives them an inspiring introduction to the UBC campus and its future possibilities.

“To be exposed to that higher level of education, and know there’s another world out there, it gives them a dream,” says Graham, who was among the school leaders Masabo pulled up on stage to dance, much to the young students’ delight. “And to know that we’re being thought of, and that we’re able to participate — it’s just wonderful.”