Life Will be the Death of Me: Chelsea Handler’s Stand-Up Comedy Tour

Regarded as one of the most successful figures in entertainment today, Chelsea Handler and her talk shows, best-selling books, and stand-up comedy have attracted millions of fans worldwide.

Handler’s five best-selling books include My Horizontal Life (2005), Are You There, Vodka? It’s Me, Chelsea (2008), Chelsea Chelsea Bang Bang (2010), Lies That Chelsea Handler Told Me (2011), and 2014’s Uganda Be Kidding Me, which was her fourth nonfiction title to debut at No. 1 on The New York Times Bestseller List. Handler’s much anticipated sixth book, Life Will Be the Death of Me with Random House, was released in April 2019. She is also currently in production on a feature length documentary for Netflix focusing on the notion of white privilege, to be released in 2019.

Handler has been honored by TIME magazine as one of its annual “TIME 100”; Glamour magazine as one of its 2011 Women of the Year; and the Human Rights Campaign, which gave her its Ally for Equality Award in 2009. Handler’s wide appeal and multi-platform success have been highlighted by publications all over the world. 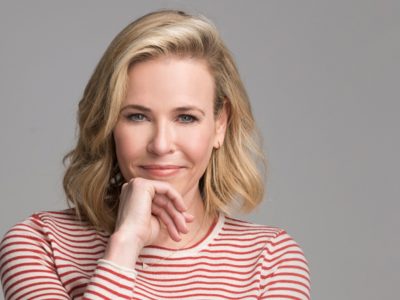