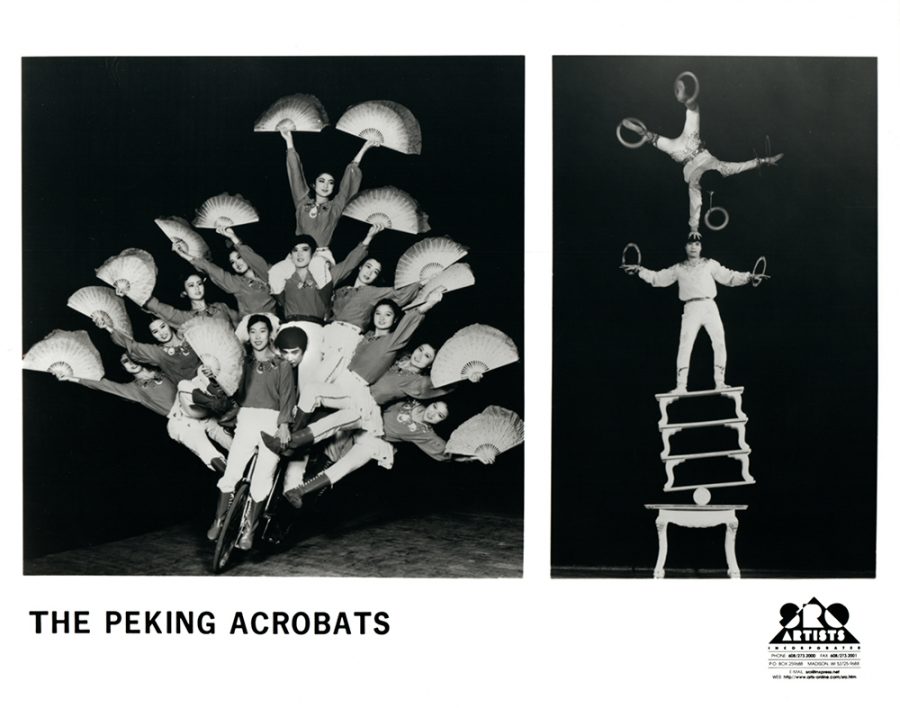 Variety said it best: “A is for acrobats…and astounding, amusing, audacious, accomplished, accurate, attractive, and admirable, all of which describe, though not completely, the Peking Acrobats.”

After mesmerizing audiences for decades with their daring feats and gymnastic wizardry, 28 of China’s most gifted tumblers, contortionists, jugglers, cyclists, gymnasts and musicians are bringing their 2,000-year-old tradition of acrobatics to the Chan Centre.

Expect the unexpected as daring manoeuvres of agility share the spotlight with dazzling displays of magic and exotic music. There’s a reason this spectacular folk art tradition has existed in China for centuries.

The Peking Acrobats regularly passed from the seemingly impossible to the virtually unbelievable.
Los Angeles Times