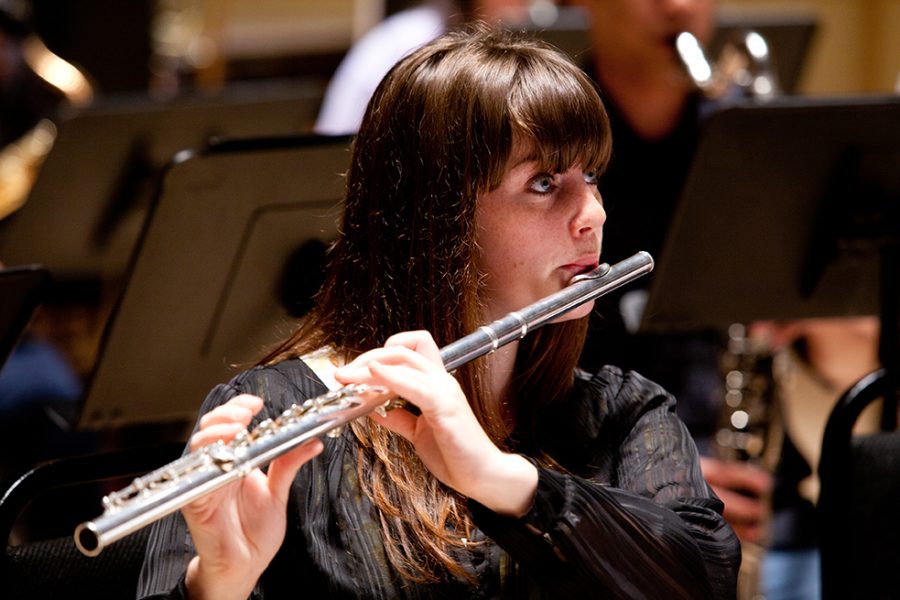 Featuring over 100 musicians from the UBC band program, this concert is inspired by music of the Medieval and Renaissance periods and pays homage to the rich tradition of wind playing from those earlier centuries. Several of the works employ traditional consorts of woodwind, brass, and percussion instruments, while others offer a fresh look at the source music by borrowing colours, motives, and forms.

The centerpiece of the concert is a new composition by American composer Kathryn Salfelder, entitled “Cathedrals.” In this exciting new work, Salfelder draws inspiration from Giovanni Gabrieli, who used antiphonal choirs at St. Marks Cathedral in Venice to created the first “surround sound” music. There will be brass choirs performing from the balconies, with woodwinds and percussion on stage, taking advantage of the Chan Centre’s wonderful acoustic and using the space to full dramatic effect.

Canzon per Sonare No. 2, Giovanni Gabrieli

Variations on “My young life has ended,” Jan P. Sweelinck/Ricker