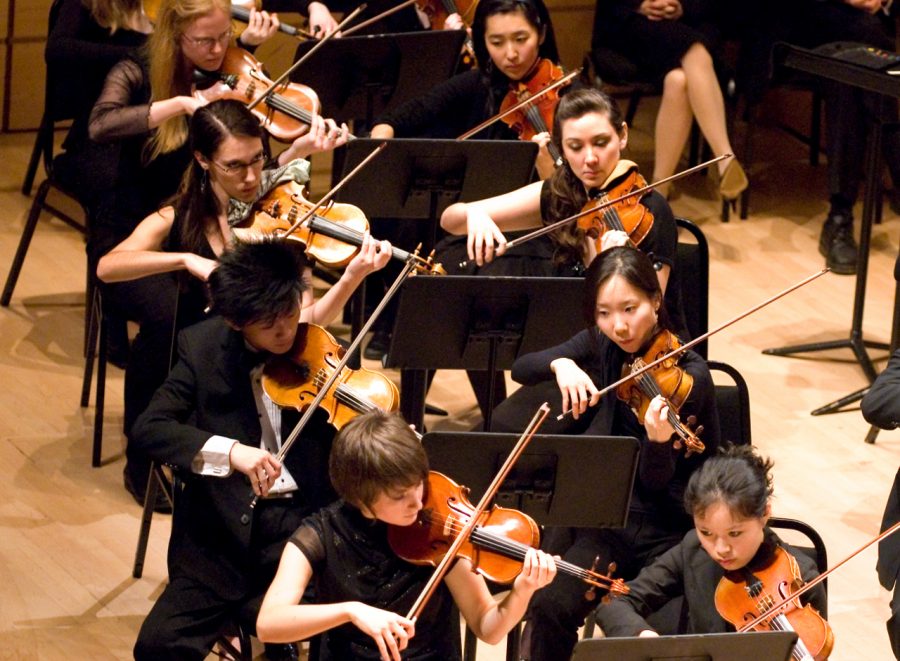 The 90-member orchestra performs symphonic works from the 18th, 19th and 20th centuries, giving several concerts during the year, both on and off campus, often featuring soloists. The Orchestra also performs with the U.B.C. Opera Theatre, and in joint concert with the University Singers and U.B.C. Choral Union in the performance of large choral works. A wide variety of music is offered including the standard orchestral repertoire, new music and lesser-known works, providing the players with in-depth experience in orchestral performance. The Orchestra was featured in the inaugural concerts of the Chan Centre.