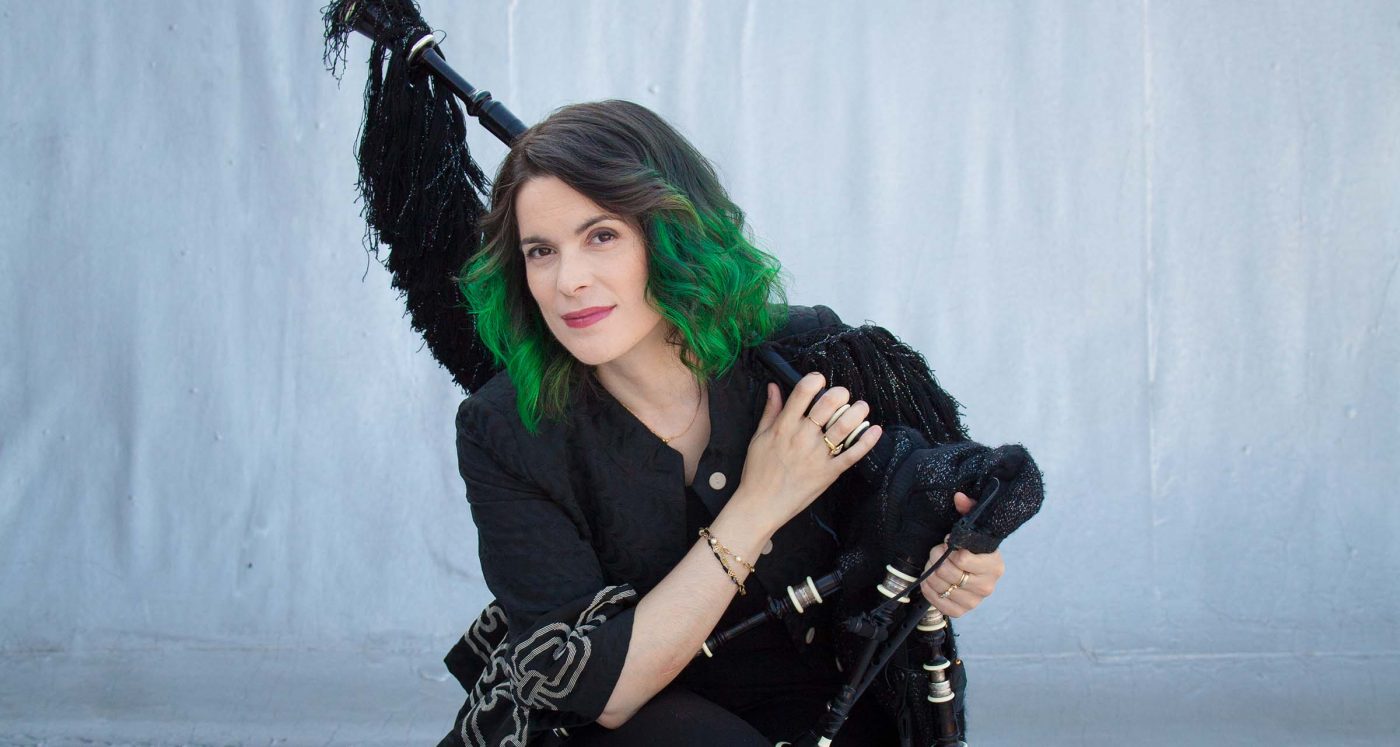 While she now calls New York City home, Cristina Pato was born and raised in the Galicia region of northwestern Spain. The traditional folk music of Galicia draws on the ancient Celtic history of the region and is the heartland of the gaita, or Galician bagpipes. Pato has been actively playing and performing the gaita since the age of 12. At 19, she burst onto the world music scene with the release of her debut solo album Tolemia, the first ever by a female gaita player. Five gaita and two piano albums have since followed, as well as countless guest recordings collaborations with artists around the globe.

Pato’s music exists where Galicia and the Celtic world intersect. She is a master of her instrument, as well as a classical pianist and passionate educator. Her music draws on all sort of influences and genres including Latin, pop, rock, jazz, Celtic, classical and experimental. Her music is dynamic and full of energy, and she is a true force of nature when performing live. Though she is well-known for her solo recordings and performances, her collaborations with significant artists such as Yo-Yo Ma, Arturo O’Farril, New York Philharmonic, the Chicago Symphony, Paquito D’Rivera and dancers Damian Woetzel and Lil’ Buck have garnered excitement from critics and fans alike.  In the late aughts, Pato began performing with the Silkroad Ensemble founded by Yo-Yo Ma, a collection of superb instrumentalists and storytellers that is ever-changing and at times has also included Wu Man, Kayhan Kalhor, and Kinan Azmeh. The ensemble’s story inspired filmmaker Morgan Neville (20 Feet From Stardom, Best of Enemies) to make his 2015 Grammy-nominated documentary, The Music of Strangers: Yo-Yo Ma and the Silk Road Ensemble, which features Pato.

Beyond the music, Pato has devoted much of her career to fostering cultural exchange and creating new paths for music through academic study and education. She holds a Doctorate of Musical Arts in Collaborative Piano from the Mason Gross School of the Arts at Rutgers University, where she was awarded the Edna Mason Scholarship and the Irene Alm Memorial Prize for excellence in scholarly research and performance, and holds degrees in Piano Performance, Music Theory and Chamber Music from the Conservatorio de Musica del Liceu (Barcelona). She also holds a Master of Fine Arts Degree in Digital Arts from the Universitat Pompeu Fabra (Barcelona).

Pato helped earn a Grammy Award for Best Classical Crossover Album in 2010 for her work with the Silk Road Ensemble. In 2014, her groundbreaking Gaita and Orchestra Commissioning Project was awarded a grant from New Music USA to build a repertoire for gaita and symphony orchestra. Galician bagpipe concertos commissioned by Pato have been premiered with Sphinx Orchestra in Detroit, Chicago Sinfonietta in Chicago, Real Filharmonía de Galicia, Orquestra Simfònica del Vallès in Barcelona and Chautauqua Symphony Orchestra. As an independent artist she has been hired to lecture, teach and perform by: Princeton University, UCSB, UC Davis, University of Wisconsin, UNC Chapel Hill, University of Pennsylvania and University of Texas to name a few. Her work has been praised by top tier publications including The New York Times, El Pais, Downbeat Magazine and The Wall Street Journal. 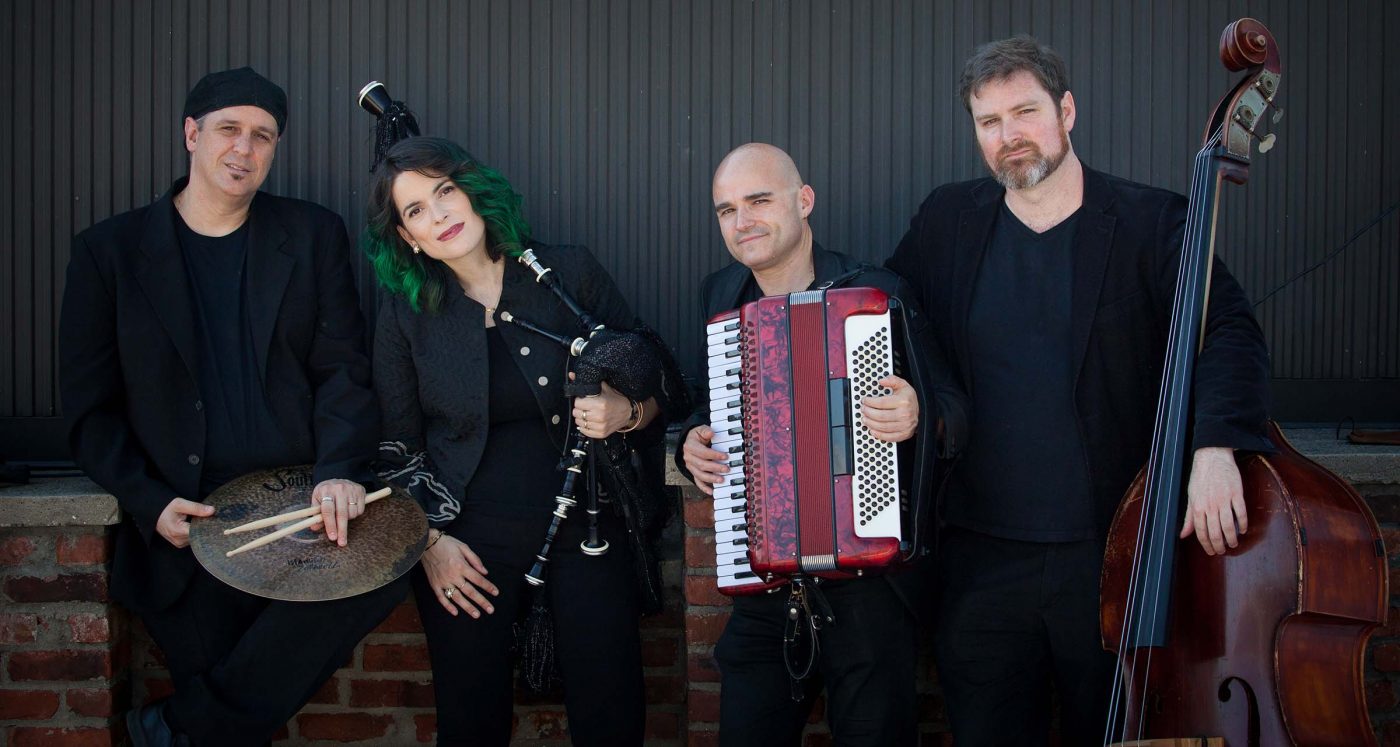 Pato continues to actively pursue her musical and educational endeavours and continues to tour with both the Silkroad Ensemble and her own quartet, featuring band members Julien Labro (accordian), Edward Perez (double bass), and Mauricio Zottarelli (percussion). She has served as a panelist, mentor and faculty member in various projects that Silkroad is developing with the Harvard Business School and the Harvard Graduate School of Education, including The Arts and Passion-Driven Learning summer institute for artists and educators. Her belief that the power of the arts in education benefits the ecosystem of society has led her to create her own multidisciplinary festival: Galician Connection. She also stays tied to her roots in Galicia with a weekly column in Spanish newspaper La Voz de Galicia.

“I like to be in the shadows because you can do more, you can try things,”

The Cristina Pato Quartet performs at the Chan Centre on Thursday April 11, 2019 at 8pm. 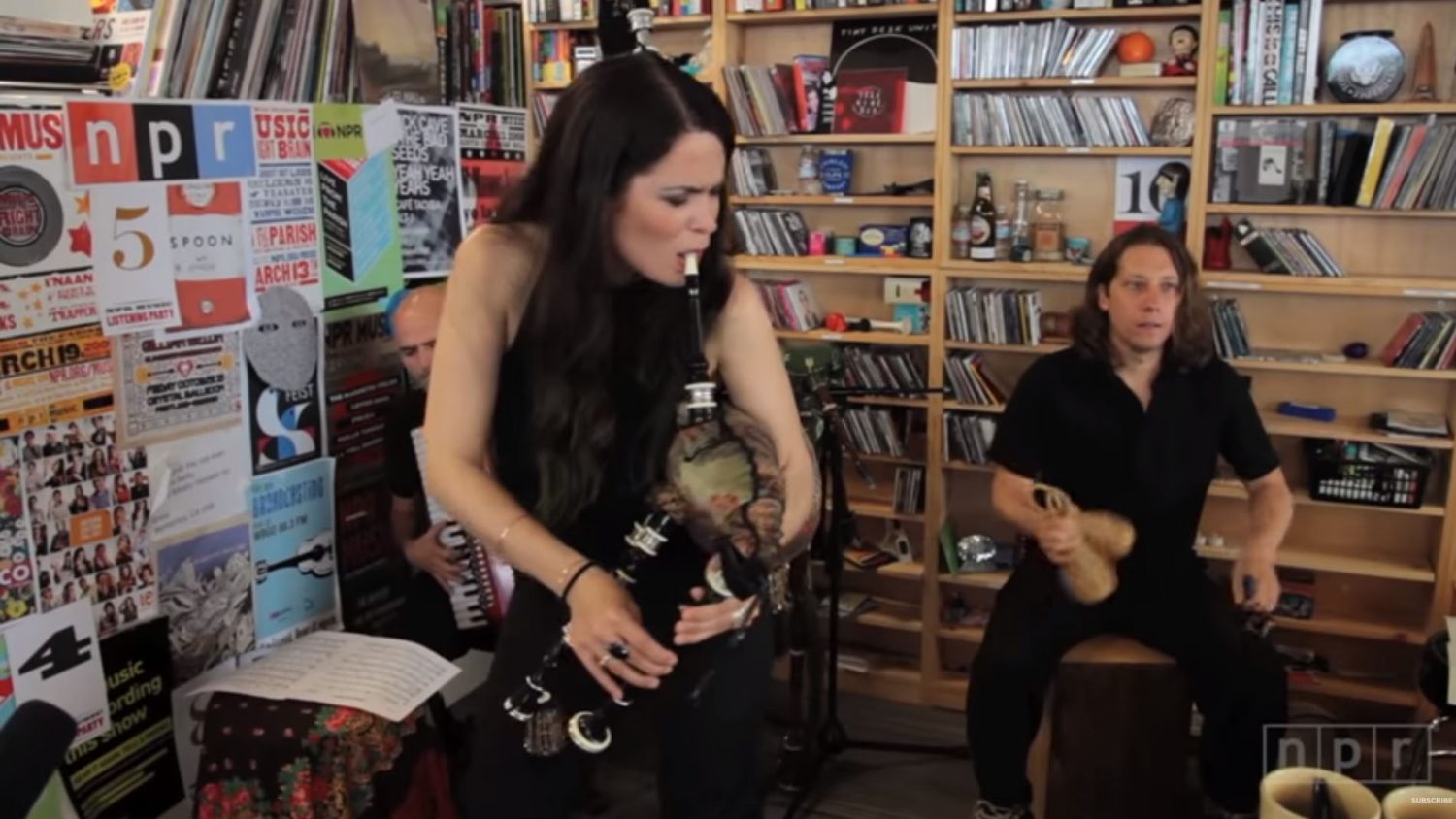