“As a musician, you walk into spaces and you can tell immediately if they’re going to be friendly to performance,” says Tovey, who has conducted in concert halls around the globe. “There’s a resonance in the atmosphere, and at the Chan Centre it is immediately apparent.”

It’s no surprise: the 1,400-seat concert hall was designed specifically for orchestral music, and has become a second home to many of Vancouver’s prominent classical and early music organizations, among them the VSO, which has presented works from Bruckner’s Symphony No. 5, featuring 150 musicians, to intimate chamber pieces for string quartets.

“What’s so great is you can have an unaccompanied violin or solo pianist, or you can pack the stage with performers,” says Tovey. Having the ability to acoustically adjust the canopy and acoustic banners, he adds, is key. “It’s got this terrific versatility.” 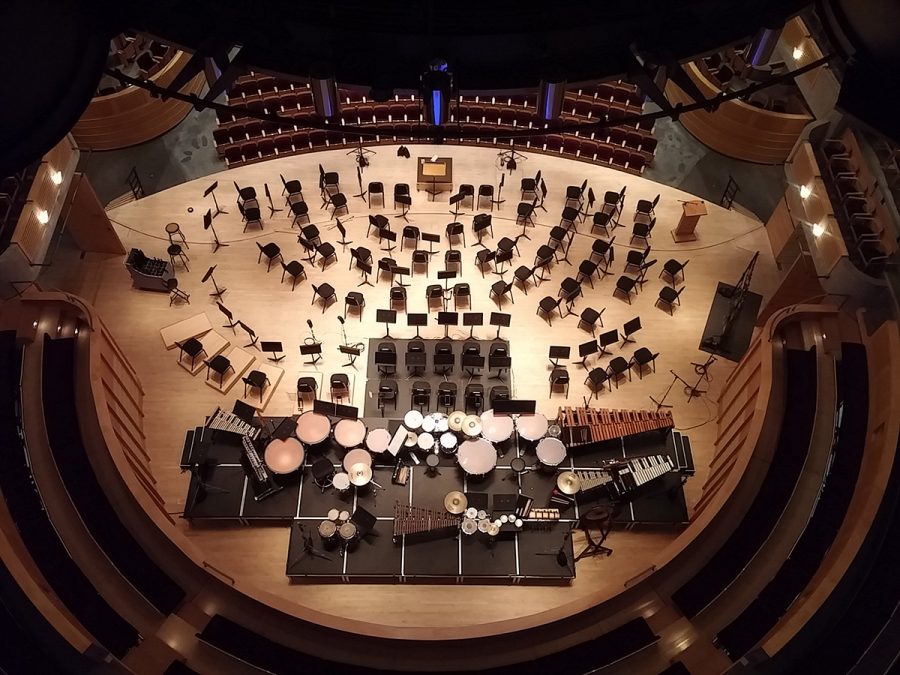 Early Music Vancouver, under the direction of José Verstappen and now Matthew White, has presented favourite local ensembles such as the Pacific Baroque Orchestra and the Vancouver Cantata Singers, as well as esteemed international groups that include the Tallis Scholars and the Choir of King’s College Cambridge.

Vancouver Recital Society founder and Artistic Director Leila Getz says the opening of the Chan Centre marked a new chapter for her organization. “Because of the size and quality of the hall, it gave us the opportunity to present some big classical-music names,” says Getz, who arranged the Canadian debuts of Dawn Upshaw, Renée Fleming, and Juan Diego Flórez, to name a few. “It was the spark that set us off on another course.”

For a decade the Chan Centre also played host to the beloved CBC Radio Orchestra, which dazzled audiences and produced a string of Juno Award-winning classical recordings.

In addition to attracting top musicians and touring orchestras from around the world, the venue has helped to solidify Vancouver’s reputation as an international destination for classical music.

“Vancouver really is a classical music city,” says Tovey. “And I think the difference the Chan has made has been incalculable.”