"Revel in Sainte-Marie's inimitable spirit, one of the greatest sparks popular music has ignited."
NPR

Buffy Sainte-Marie has spent her life creating, innovating, and disrupting. Over five decades into an award-winning career, the prolific Cree singer-songwriter has been a musical trailblazer, an environmental activist, a tireless advocate for marginalized peoples, a prolific musician, an actor and a feminist icon. She’s been blacklisted and silenced. She’s also written classics covered by Janis Joplin, Elvis Presley, and Donovan, and is the first Indigenous person to win an Oscar.

Her message is as strident and empowering on her 19th album, Medicine Songs, as it was on her groundbreaking 1964 debut It’s My Way! Calling upon a lifetime of song-shaping, she lays synth-driven new pieces like The War Racket alongside re-workings of classics like Bury My Heart at Wounded Knee and the pre-WWI traditional America the Beautiful. Her bracing Universal Soldier remains the definitive anti-war anthem of the 20th century, and Sainte-Marie continues to shine a light on urgent subject matter, including environmental destruction, corporate greed, and Indigenous rights.

In a climate of damaging misinformation and toxic hubris, Buffy Sainte-Marie’s honesty, clarity and compassion is part musical healing, part urgent wakeup call. A “uniquely uplifting, powerful affirmation of steely spirituality” (The Independent UK), Medicine Songs is the soundtrack for the resistance, delivered by the sure hand of a boundlessly creative, vital master of song and story.

Buffy Sainte-Marie’s concert will be presented as part of Come Toward the Fire, a larger two-day festival in September, presented ahead of this year’s Orange Shirt Day and the National Day for Truth and Reconciliation. The festival will celebrate Indigenous culture and community and will feature performances by artists from the xʷməθkʷəy̓əm, Sḵwx̱wú7mesh and səlilwətaɬ Nations, as well as Indigenous musicians and dance groups from across Turtle Island. Learn more here. 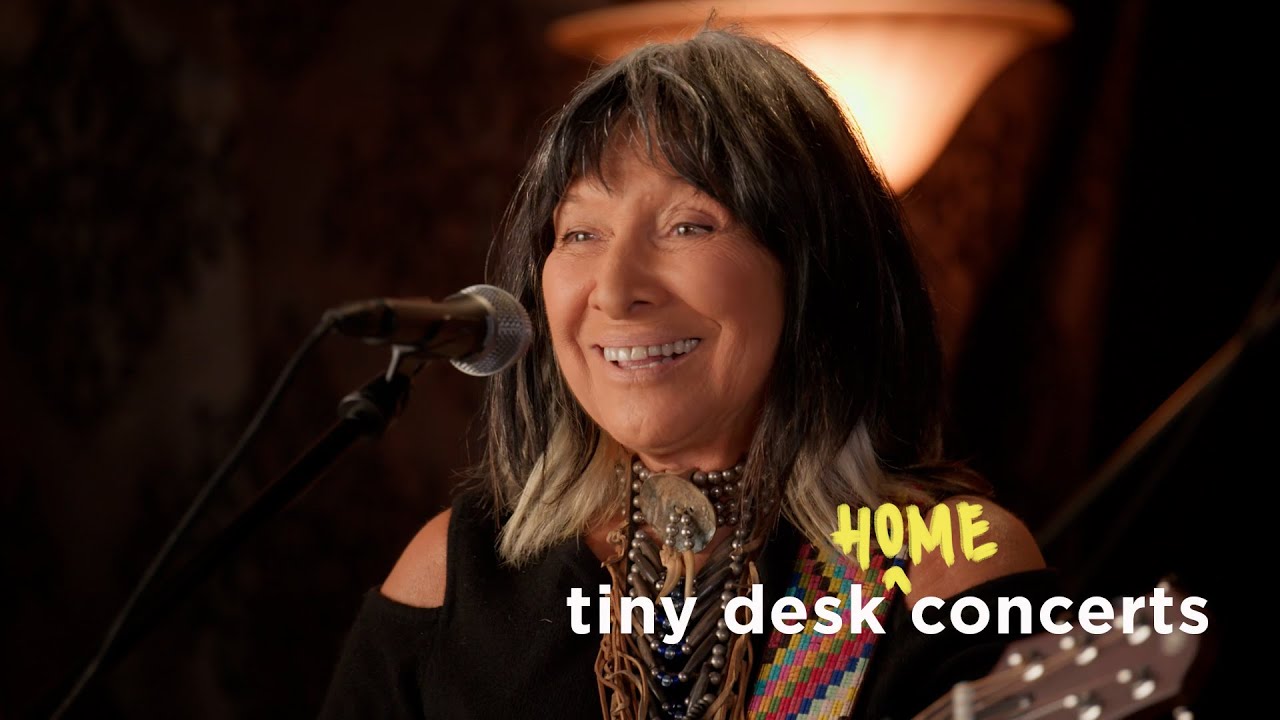