Zakir Hussain is a national treasure in India for his classical tabla virtuosity. His father, Alla Rakha, was a famous tabla player who began teaching his son percussion at age 3. Hussain was touring by 11. He later completed his PhD in music at the University of Washington.

A world-class tabla player, Hussain has performed with a diverse range of artists, from George Harrison to Yo-Yo Ma. He has been a part of numerous collaborations, often experimenting with the interrelation of jazz and Indian music. His 1970s collaboration, Shakti, and it’s reincarnation, Remember Shakti, fuse elements of jazz and classical Indian music, and have been performed at the Montreux Jazz Festival.

Hussain has been recognized by India’s National Academy of Music and by the Government of India. He was awarded the Padma Shri in 1988 and the Padma Bhushan (India’s third highest civilian honour) in 2002. In April 2009, Hussain played four sold-out concerts for Carnegie Hall’s Artist Perspective series.

Jazz was heavily influence by Indian classical music, and in turn traveled back to India to influence contemporary Indian music. Similarities between the two genres include a focus on improvisation, and the use of fingers rather than sticks in percussion. Hussain is featured in the documentary Bombay and Jazz which explores this relationship.

“That excitement of discovering new things and going out and finding new musicians to work with, and therefore seeing your instrument from their point of view. You discover different ways of playing your own music and addressing your own instrument. That’s the excitement that motivates me and keeps me going.” 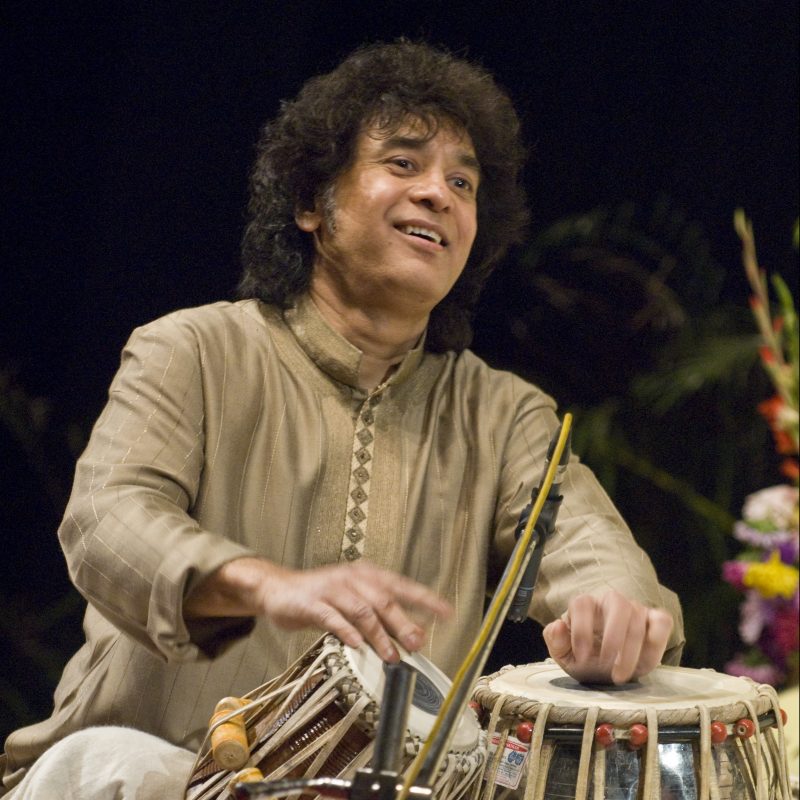 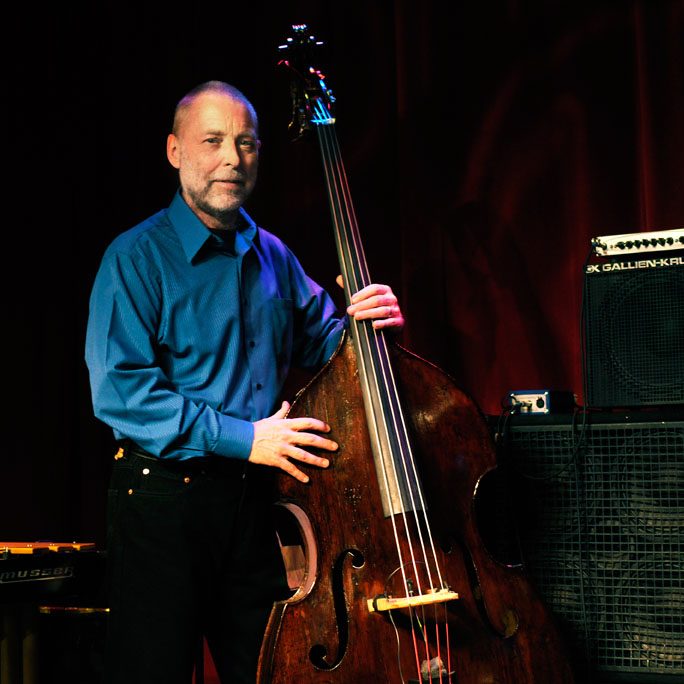 Dave Holland is a world-renowned Jazz bassist, composer, and bandleader. He started out playing ukulele when he was a child in Wolverhampton, UK. He soon moved on to guitar and bass, and by 14 he was playing R&B, rock, and pop with local bands and visiting artists that included Roy Orbison, Chet Atkins, and Johnnie Ray. Earlier in his career, Holland was mentored by Sam Rivers, Philly Joe Jones, and Miles Davis.

Holland’s long career has seen him play with the Pat Metheny Trio, Herbie Hancock, Stan Getz, and many, many others. A generous musical partner, Holland’s collaborations blend a wide spectrum of genres. His impressive discography includes both notable collaborations and projects for which Holland is the bandleader, and he often mentors young jazz musicians by taking them into his bands.

In 2016, Holland worked with saxophonist Chris Potter, guitarist Lionel Loueke, and drummer Eric Harland on Aziza – an album featuring original compositions by each of the four musicians. The Aziza quartet has since been performing all over America, and Holland’s Crosscurrents tour with Zakir Hussain follows almost immediately after. No doubt more innovative collaborations will be close behind.

Holland’s career was jump-started at the age of 19. He was playing a gig at famous jazz club Ronnie Scott’s when he caught Miles Davis’ attention. Davis invited Holland join his band for a gig at the Count Basie Club, and Holland stayed with the band for a couple years.

"I think music evolves because of the creative thinking of the artists no matter how that music is produced, what methods are used to produce it, or what genre it is. The way I like to make and record music is in a live situation with the musicians playing together in the same time and place, so that we can be spontaneous and interact with each other." 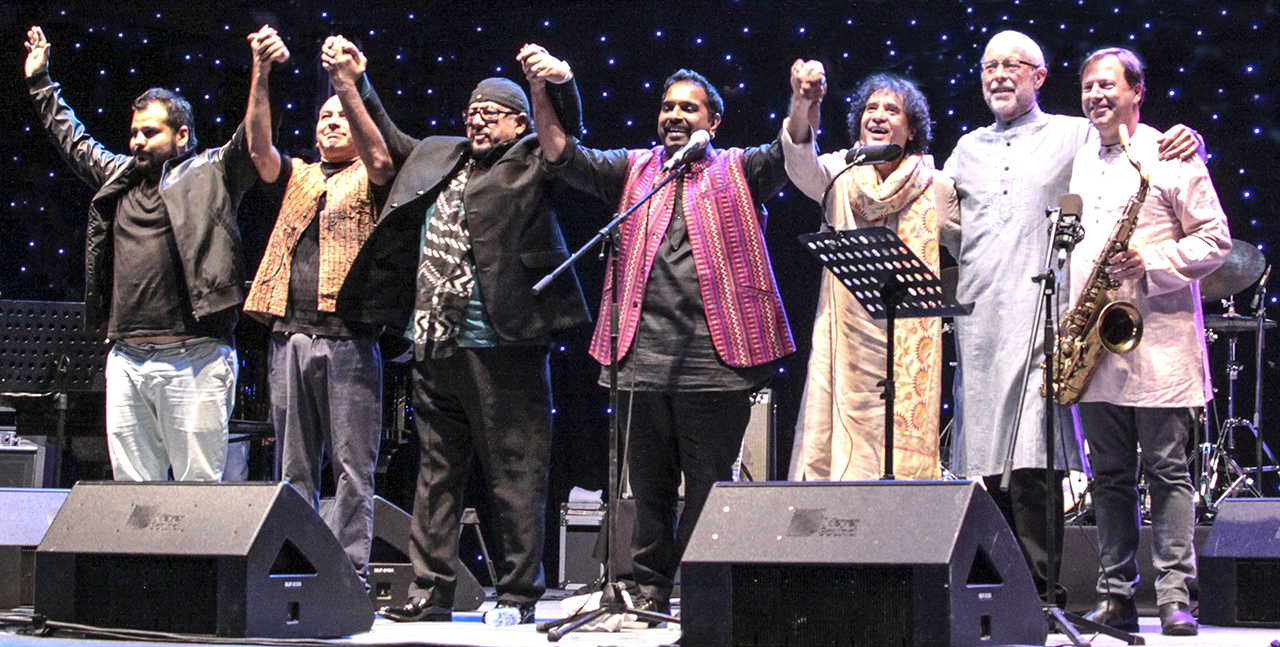 You can see Crosscurrents at the Chan Centre on Saturday October 28th, 2017 at 8pm. 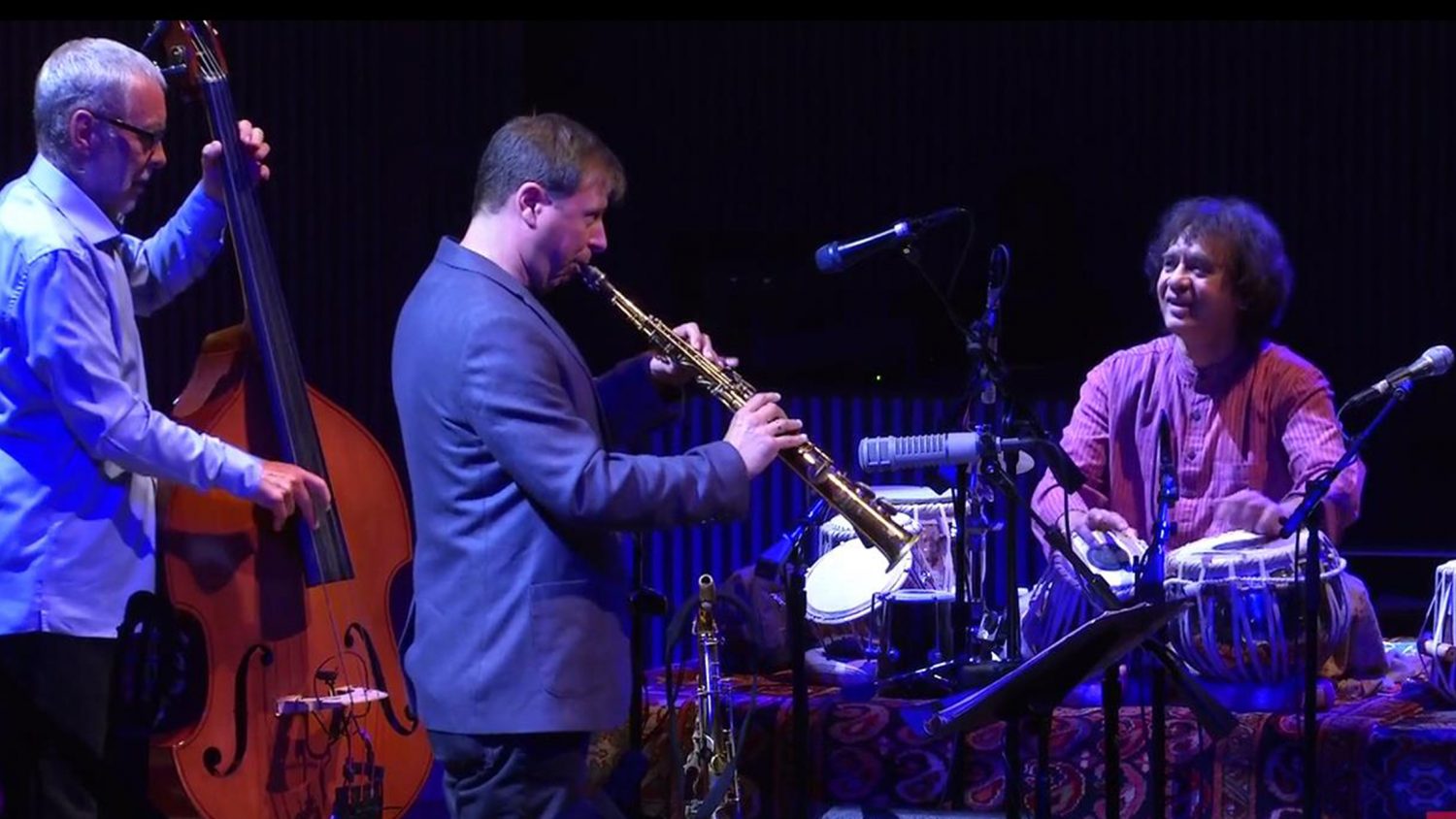 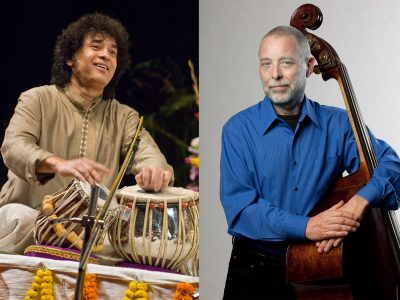