The Making of: Ridge

When restrictions on gatherings due to the COVID-19 pandemic were announced in March 2020, Brendan McLeod‘s latest work, Ridge, was cancelled ten days before it was set to premiere.

More than seven months later, what was once a stage production intended for a live audience in the Chan Centre’s blackbox theatre has been reimagined as a state-of-the-art feature film that stars Brendan as well as his band The Fugitives (with Adrian Glynn, Carly Frey, and Chris Suen).

Shot in locations all over the Chan Centre, the new production required the imagination, dedication, and hard work of many. We caught up with Brendan as well as the film’s director, Mike Southworth of Collide Entertainment, to hear their thoughts about the making of Ridge. 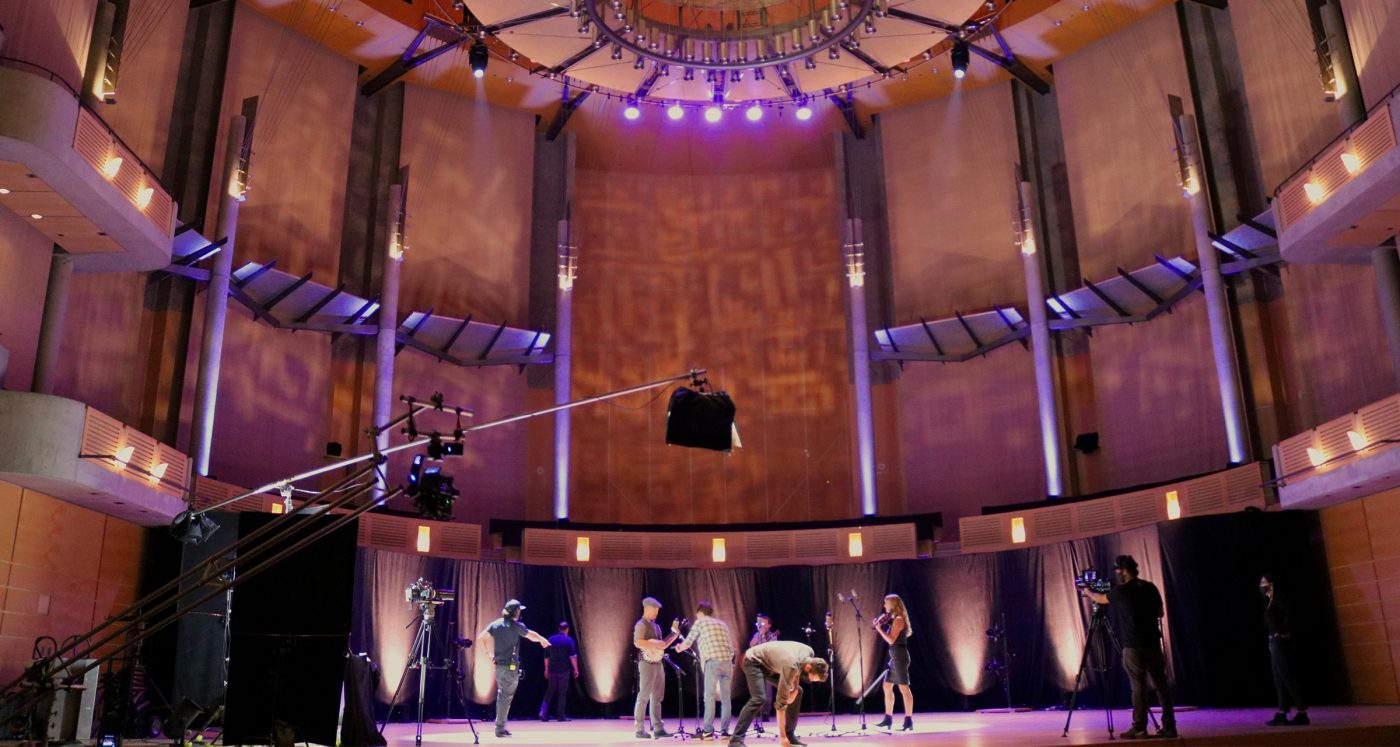 Chan Centre: Hi Mike! The making of Ridge was obviously a joint effort that involved a lot of ‘pivoting,’ and the hard work of many during a difficult time. What were the biggest challenges of adapting this production into a feature film, and how were you able to overcome them?

Mike Southworth: Adapting the stage production into a film was a big challenge but was also really exciting. We wanted to keep some elements of the stage production while using this opportunity to show behind the curtain and really let the theatre play as a character in the film. We tried to show areas of the Chan that no audience would ever see—and even places where some staff have never been. This allowed us to film in some backstage places that were more dark and gritty and felt more authentic with the narrative of Brendan’s monologues. The biggest challenge was to move lighting, camera equipment, and crew between all these different locations and shoot so many locations and scenes in just three days, but I feel like the variety and the energy that comes through in the final film makes it all worthwhile.

CC: Was there a particular scene or location in the Chan that was your favourite to shoot, and why?

MS: My favourite location at the Chan was the motors room. This is the very top floor of the theatre, above the catwalk, that houses the huge motors used to raise and lower the canopy, speaker columns and lighting trusses. It’s such a huge space with so much depth. We lit it in a way that we could start almost dark and then turn on the lights in each section of the room one by one so we revealed more of the space as Brendan’s monologue revealed more details. The only problem with that space is that it’s four floors up and there’s no elevator, so all the gear had to be hiked up and down the stairs as quickly as possible. Luckily, the Chan crew and our crew were all good sports!

CC: There was some pretty fancy equipment on set that will undoubtedly make for a very cool-looking film. Can you tell us a bit more about that?

MS: We were really lucky to film Ridge with Cooke Anamorphic lenses. These are one of the holy grail lens packages that you see on massive feature films. They allow the viewer to see a wider field of view than a normal spherical lens and so we thought they were a great fit to show the size and depth of space in the Chan. They also have a beautiful character to them reminiscent of older cinema, so we felt they did a good job of imparting a nostalgic feeling to this film which fit well with Brendan’s monologues.

CC: Your role as director for the film came about during the pandemic, after the original show was cancelled and needed to be completely reimagined for a new format. What was it like entering the project at the moment you did, and sharing creative ideas with Brendan and the rest of the artistic team already involved?

MS: When I first read the script of Ridge, I fell in love with it. I actually cried. And every time I’d listen to the song demos and the test monologues Brendan was recording, it would hit me again. It’s such a unique, beautiful, and heartbreaking show. The way Ridge incorporates the words and songs of soldiers with Brendan and The Fugitives’ personal experiences brings an intimacy and authenticity to something so massive and tragic that it’s almost impossible for us to comprehend.

My favourite location at the Chan was the motors room. This is the very top floor of the theatre, above the catwalk, that houses the huge motors used to raise and lower the canopy, speaker columns, and lighting trusses. It's such a huge space with so much depth. We lit it in a way that we could start almost dark and then turn on the lights in each section of the room one by one so we revealed more of the space as Brendan's monologue revealed more details. 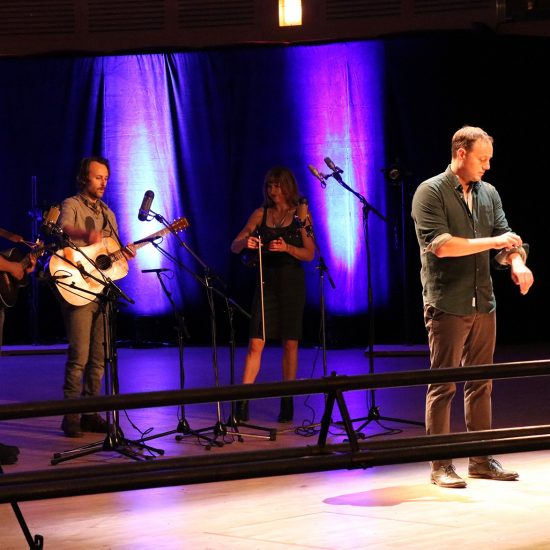 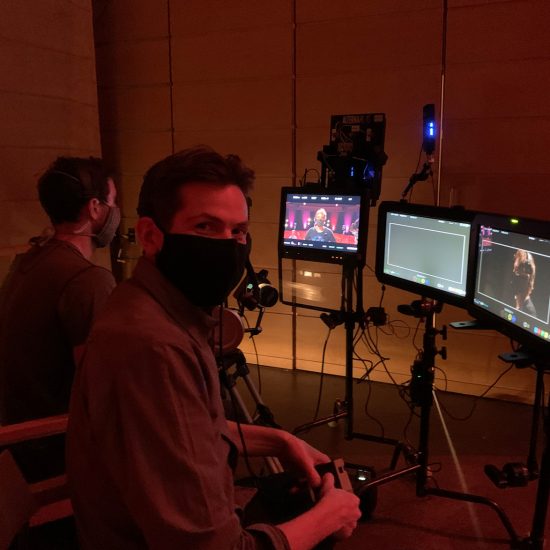 Director Mike Southworth behind the monitors

Chan Centre: Hey Brendan! Besides your own background and inspiration for the subject matter, the idea for a live production of Ridge first took root at UBC and with the help of a couple of researchers doing interesting work here. Can you tell us a bit more about that?

Brendan McLeod: Yeah! It started when I did my last show, Brain, at the Chan. I was doing an ancillary event at the Peter Wall Institute at UBC and met George Belliveau, who told me about his history of working with veterans and bringing their stories to the theatre. He then hooked me up with dramaturge Chris Cook, who was invaluable in helping me rework the script and the performance for it. So it was nice serendipity to meet someone in passing and have them end up so instrumental to the final product.

CC: So, now Ridge is a feature film, with you as writer, actor, musician, and more. What have you learned about this new way of delivering your work, and about juggling those roles simultaneously?

BM: That I’ll never do it again. Just kidding. It’s been great! The show started with me just researching and writing for a year all by myself. Then I brought the project to the band and we started reworking soldier songs together. And then the pandemic hit and the show got postponed and we didn’t want to do a more straightforward livestream, and when I talked to Mike, he was so on board with the vision. And then all of a sudden we were shooting it and there were friends doing set decoration, and an incredible camera and lighting and sound crew. So the project got more and more and more collaborative gradually. And when things happen that way you are really at the mercy of who you were collaborating with. So I’m incredibly grateful that the team ended up being so amazing. It doesn’t always happen like that.

CC: Why was it important to you for Ridge to take on new life in this way? What inspired you to keep going with it, despite the current crisis we’re all experiencing?

BM: I think the experiences and words of WWI soldiers are incredibly relevant to the pandemic. They’re a group of individuals who were often taken advantage of by powers that be. I think they can teach us a lot about how certain marginalized segments of a population are exploited in times of crisis.  And the songs they wrote about this are cutting and humorous and angry and passionate. Those words deserve to be heard.

CC: What do you hope audiences take away from watching the film?

BM: I hope they’re really moved. And I hope it makes people think about history in terms of framing. Who gets to tell stories, and which stories people choose to tell, and what certain groups have to gain by choosing and framing stories in a specific way. And while that’s also an American problem and a Western problem and a universal problem, it’s also a problem that’s distinctly and specifically Canadian, and applies to this country in a very unique and meaningful way.

I think the experiences and words of WWI soldiers are incredibly relevant to the pandemic. They're a group of individuals who were often taken advantage of by powers that be. I think they can teach us a lot about how certain marginalized segments of a population are exploited in times of crisis. And the songs they wrote about this are cutting and humorous and angry and passionate. 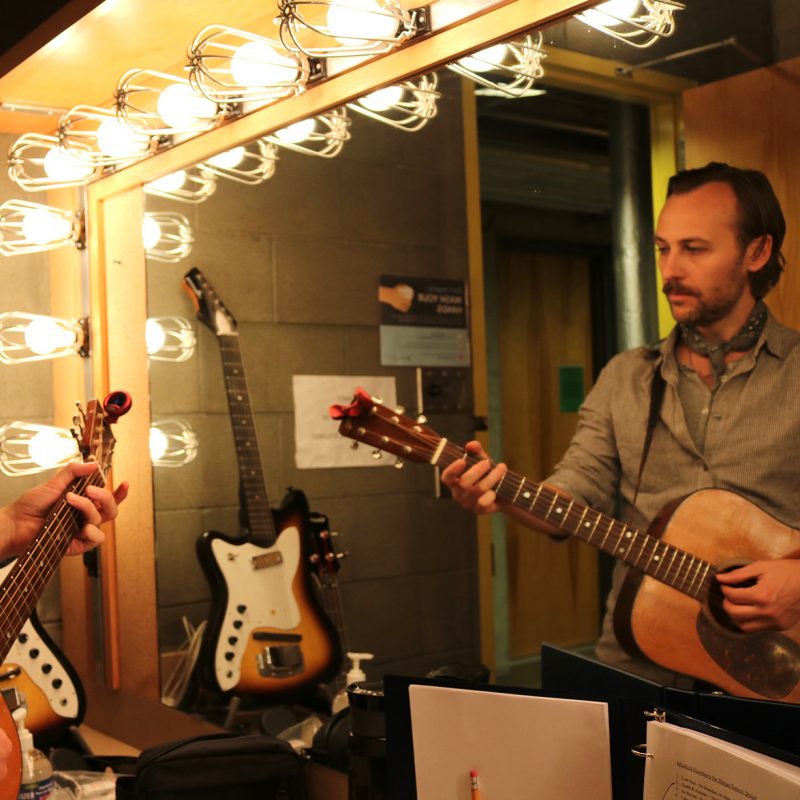 The Fugitives' Adrian Glynn tunes in the dressing room 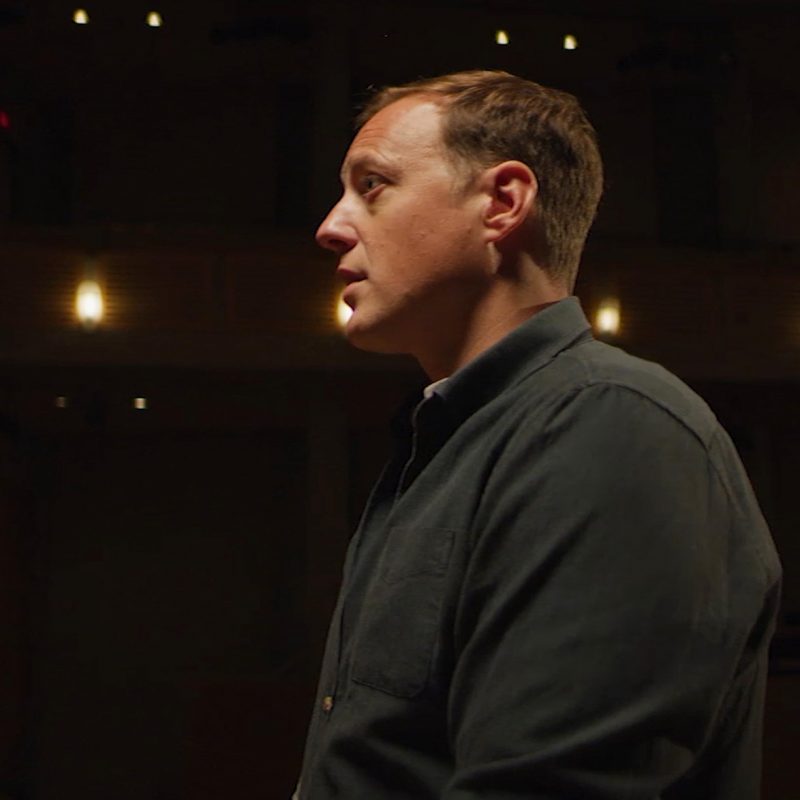 Ridge premieres November 11, 2020 at 7pm PT on chancentre.com. Advanced in-person screenings will take place on November 7, 2020 at Vancouver’s The Cinematheque. 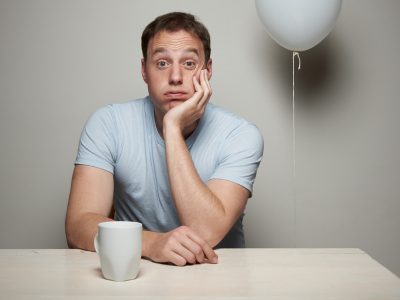